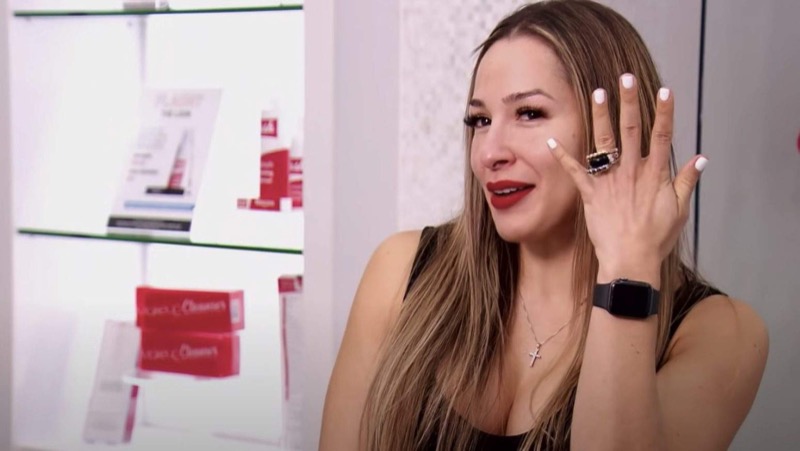 Married at First Sight spoilers and updates tease that Myrla Feria and Gil Cuero were matched on season 23 of MAFS. Myrla is a bougie, loud and confident Leadership Coach and Gil is a laid-back Firefighter and proud Columbian. Myrla loves to travel, enjoys the finer things in life, and doesn’t plan on changing or modifying her lifestyle in the least for any man. Gil is a blue color country boy who loves his pitbull and doesn’t care about money.

Myrla doesn’t like dogs, told the producers she doesn’t like bald men, and is not going to change her bougie lifestyle for anyone. They match her with a bald firefighter who has a pit bull and doesn’t care about money. Myrla has made the best about a bad situation. MAFS fans have been slamming her online but really, this is not her fault. She is truly not a good candidate for this show, she is not willing to compromise, at all.

Married At First Sight Spoilers: Gil Cuero Is No Stranger To TVhttps://t.co/4Lw07cTj8d

She is authentic and she is going to tell you like it is, no beating around the bush with her. She will never bend for anyone, just to please them. When Gil wanted her to try new things, she went for it. She let go of the idea that bald men are out of the question. Regarding the pitbull, that is a tough one. She doesn’t like dogs and to have her cozy up with one is asking a lot – Gil is the one that should be patient about that. Her bougie lifestyle is hers for the having, she worked hard to get where she is, came from nothing, and likes to spoil herself. As long as it is HER money, what does it hurt?

Some MAFS fans had the wrong impression of Myrla, but the more they see the more they understand her, “I didn’t like her before, but the more we see her on the show the better we get to understand her. Honestly, I think she’s just unapologetically herself. I think I judged her at first because I’m a bit jealous of commanding life like that. Lots of us are people pleasers who worry about what others think and she definitely triggered something in me. I’m appreciating her a lot more now,” and “I like her too. I can definitely admit she’s aggravating but for some reason, that doesn’t make me dislike her lol. I could see me being friends with her and being like, “girl shut up” and us having a laugh about it when she’s acting too boujee. She’s got a good sense of humor about her attitude,” and “she might be my current season favorite. She’s a direct communicator with very clear boundaries. I respect the hell out of that.”

What do you think about Myrla? Are you “getting her” like other fans? It really looks like the producers are trying to give her a bad edit, and it’s failing. Why did they match her in the first place if she was clear about being unwilling to compromise, that’s an instant fail!