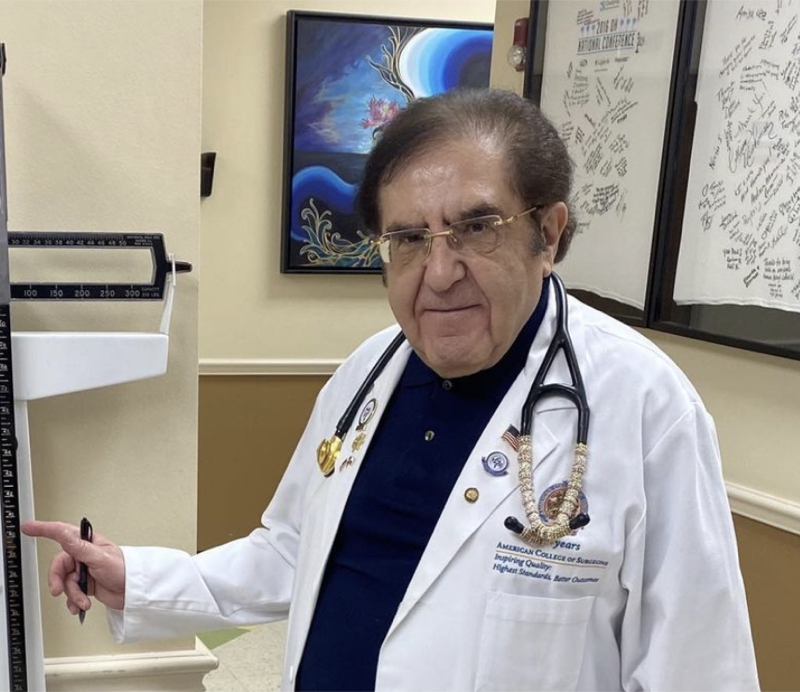 My 600-Lb Life spoilers reveal that some of Dr. Now’s patients feel that he is not concerned about their mental health. He is now under fire for the things he has said about mental health in his patients and has even gotten backlash for his thoughts on COVID-19! What did he say to make people so mad? We have the scoop on why he is in the hot seat about making it seem as if mental health isn’t important.

Why Is He Joking?

Many fans of My 600-Lb Life have noticed that Dr. Now has started to joke more about the mental state of his patients. The latest thing that has fans up in arms is a meme that he posted. The meme shows a face that looks very serious. The caption that he used was, “So you’re telling me that everyone gained weight during the pandemic?? Huh? So basically an eating disorder spread faster than a virus?!”

Fans thought that this meme was making light of a very serious issue, eating disorders. Since Dr. Now posted it, he has been getting a lot of backlash over it and fans think that he is being very insensitive to those who are suffering from this. 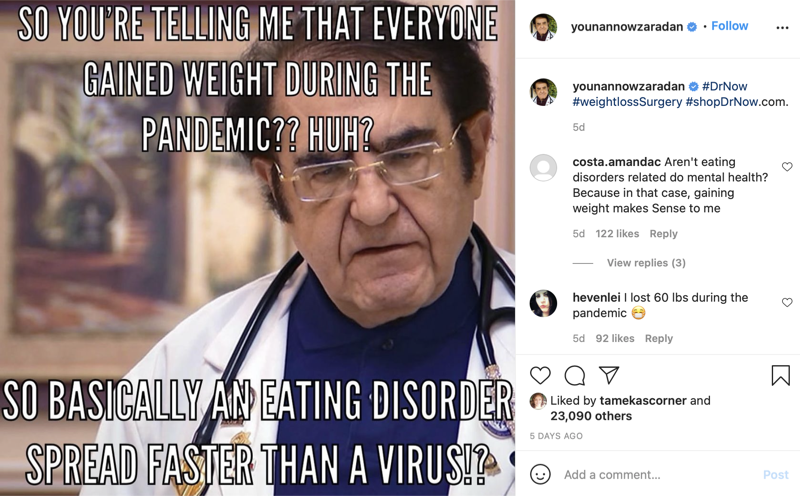 Dr. Now’s fans were fast to react to this meme and many of them were not happy about it at all. Fans thought that joking about eating disorders and weight gain are two things that, of all people, he should not be making light of. He also had many fans tell him that they were offended by this meme and that he has no right to post this considering what he does for a living.

There were other fans that spoke up for Dr. Now and said that he doesn’t like to sugar coat anything, especially when it comes to weight gain. Who knows if he meant this to be offensive or if he was just trying to convey a point. He has yet to remark about it and hopefully we will hear something from him sooner than later.