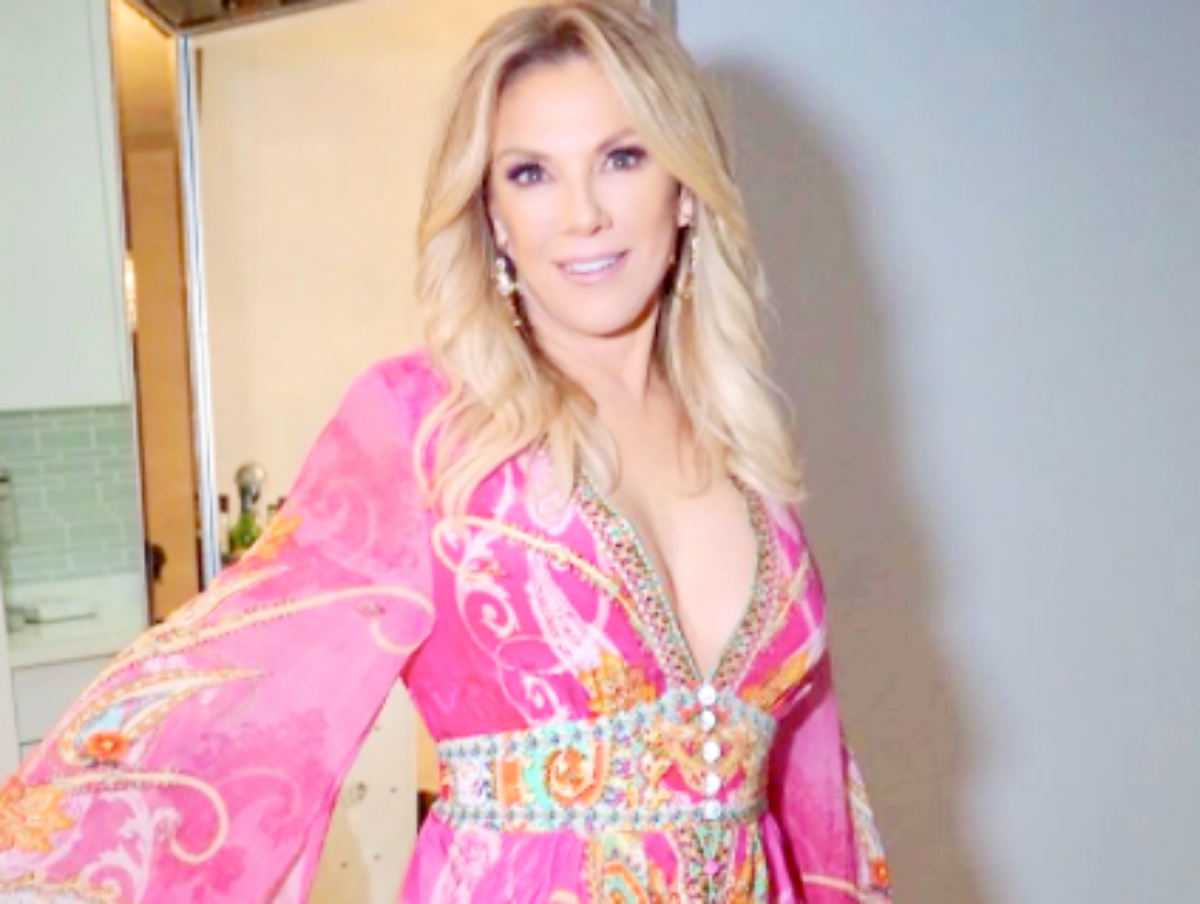 RHONY Season 13 finale spoilers revealed that Ramona Singer tossed her prudish act in more ways than one. This season, The Real Housewives of New York star made a big scene about the other women talking about intimacy at dinner. But then, she apparently licked Sonja Morgan’s boob!

This article contains spoilers for the finale episode of Real Housewives of New York. In the show, fans saw that Ramona Singer let it rip when they all slammed their dishes on the floor, a-la Greek-tradition. Well, not content with gently tossing it, she declared that she planned on “going crazy.” Then she started off a chant, yelling, “Out with negative energy, out with fear.“ 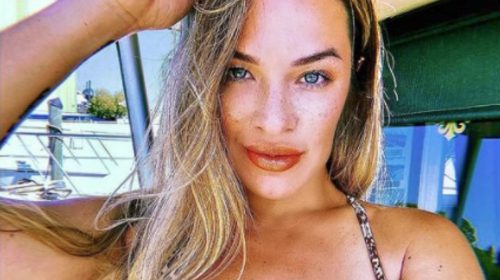 Did Below Deck Alum Jessica More Really Respond To A Casting Call?

However, more out-there behavior came from Ramona Singer on the RHONY finale. She invited the other ladies around to her place to celebrate Galentines Day. Well, everyone who watches the Bravo show knows that her parties bring some of the most drama and down and dirty partying. Well, this didn’t top all the wild parties, but it certainly got the attention of some eagle-eyed fans.

The women at the party over at Ramona Singer’s place heated things up when they started taking off their clothes. Real Housewives of New York fans saw that sort of thing across the franchise in the past. Meaww described it as, “The ladies out of blue decided to go topless and cover their nipples with crystal stickers while dancing at the party.” Well, the scene with Sonja’s boob came as a result of that.

Sticking stickers on boobs can be a bit awkward, so RHONY star Sonja Morgan got ahold of Ramona for a helping hand. Clearly, applying some saliva helps the stickiness, so no worries, it looked like she decided to lick Sonja’s boob. Actually, fans couldn’t see it clearly as Sonja mostly her back to the camera. 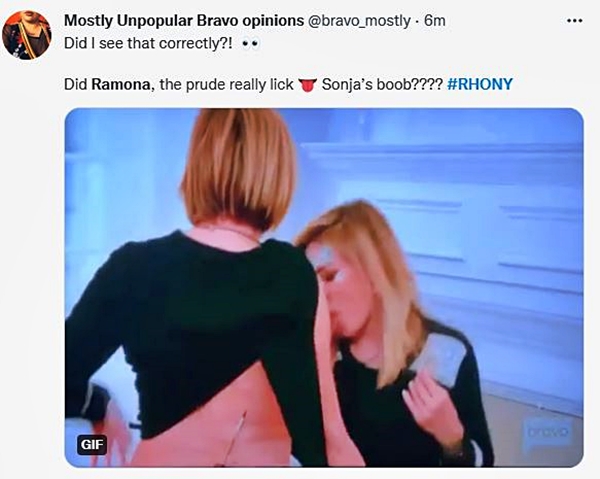 Fans seemed a bit shocked as they saw Ramona act so prudishly the whole season.

Mind you,  a lot of people actually enjoyed the whole episode as it seemed like good fun all around. One Bravo fan noted, “This switch is HILARIOUS!! All of the women knocked it out of the park!! Ramona and Sonja were the best though.”

Remember to check back with us often for more news, updates, opinions, and spoilers about RHONY on Bravo.