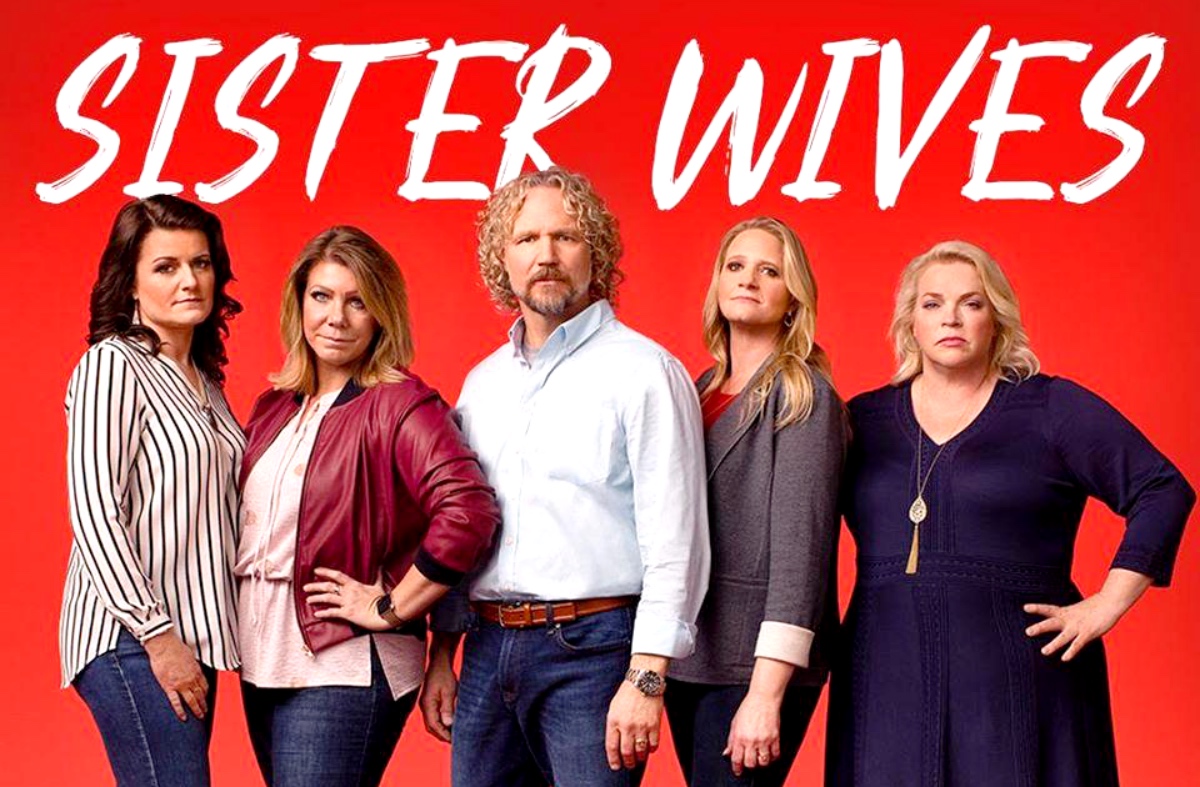 Sister Wives supposedly shows how Kody Brown’s four spouses support one another while playing the roles of devoted wives to the Brown family patriarch.

But in recent seasons and on social media, Sister Wives stars Meri, Janelle, Christine, and Robyn Brown often clash rather than offer sisterly support to each other.

Now, however, two of Kody’s wives team up to achieve a major goal ahead of season 16!

Find out all about their goal below.

Two Sister Wives Stars Team Up For THIS Big Goal!

The new approach focuses on achieving their weight loss goals, reports In Touch.

And Janelle took on the role of announcing the plan via Instagram. 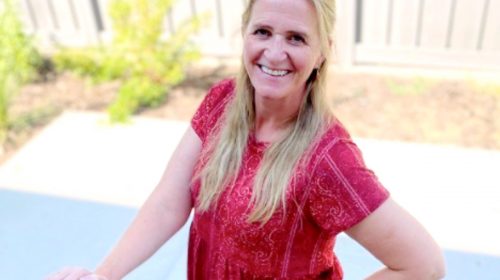 The Sister Wives star noted that Maddie Brush already belongs to that “family.”

As for how the program works, Plexus seeks to provide help with weight loss as well as nutrition. The health plan includes dietary supplements.

Quoting Christine in her Instagram post, Janelle noted that her fellow Sister Wives star recognizes that “watching from the sidelines doesn’t give you energy.”

In addition, Christine admitted that “​​watching from the sidelines doesn’t bring back your focus.”

And she confessed to struggling with “sugar cravings and stomach pains.”

But Christine also shared that watching from the sidelines did achieve one benefit.

She saw Janelle’s “focus, energy and drive,” and those qualities “impressed” her, added Christine.

Noting that Janelle maintained her focus and energy even during the challenging move, Christine decided she “had to see for myself what this was all about!”

When the Sister Wives star realized that both Janelle and Maddie continued to enhance their health, Christine decided she “was ready to feel my very best.

As a result of seeing Maddie’s and Janelle’s improved well-being, Christine declared the two reality TV stars were “proof enough for me” to sign up for the program. 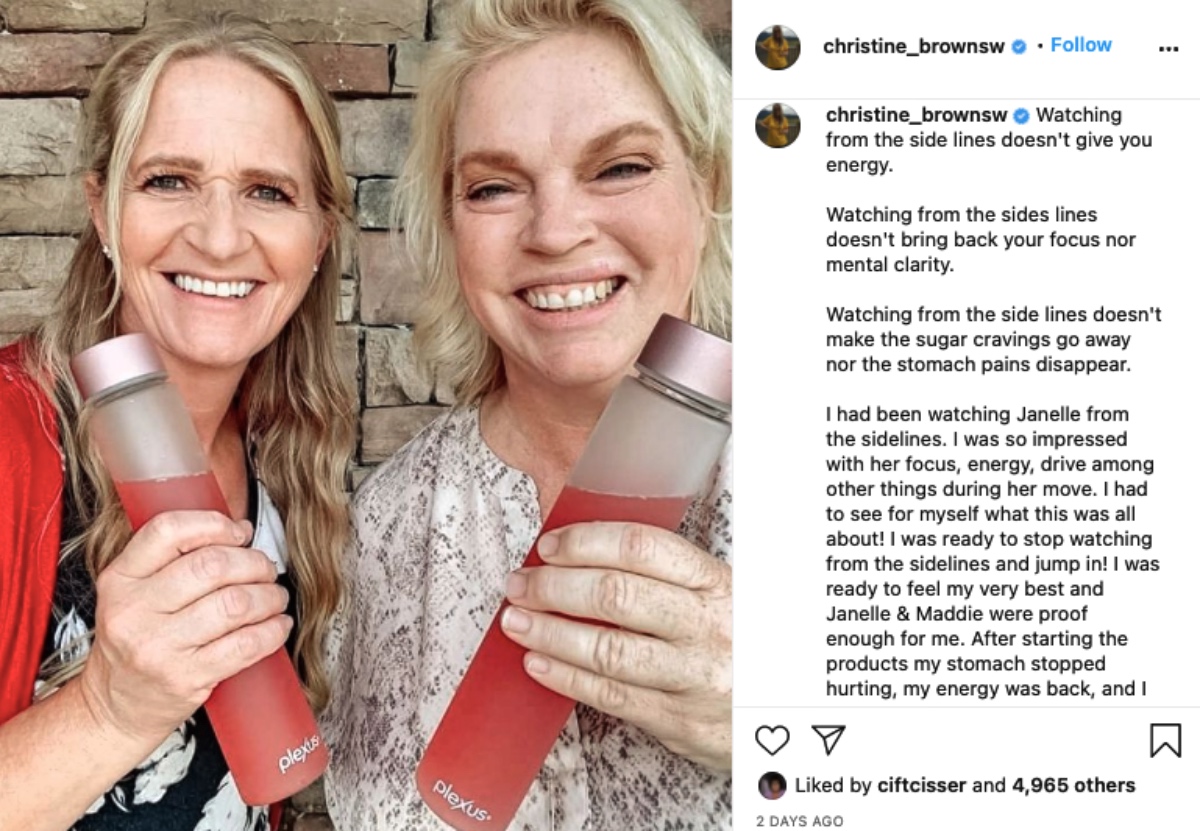 Although Christine now will use the Plexus program to try to achieve her weight loss goals, it’s worth noting that she’s attempted to shed pounds before.

The Sister Wives star previously revealed that she used the blood type diet combined with an exercise plan to try to slim down.

At this point, we don’t know if Christine has abandoned that approach to eat food based on her blood type.

But perhaps the upcoming season of Sister Wives will reveal more about her weight loss history and whether teaming up with Janelle succeeds!

When Does Sister Wives Season 16 Debut?

Janelle, Christine, Meri, Robyn, and Kody Brown will show what was involved in relocating from Flagstaff to Coyote Pass.

And for fans wondering whether Sister Wives will tackle what’s involved in Kody maintaining relationships with four wives plus kids during a pandemic, the answer’s yes.

As a result of their unusual family living arrangements, Sister Wives season 16 will focus on showing how the Brown clan managed social distancing.

Mark your calendar for Season 16 of Sister Wives to debut on on TLC on November 21 at 10 p.m. ET/PT.

What do YOU think about Christine’s and Janelle’s decision to team up for weight loss? Tweet us your views.

And check our site for all your Sister Wives news and updates!