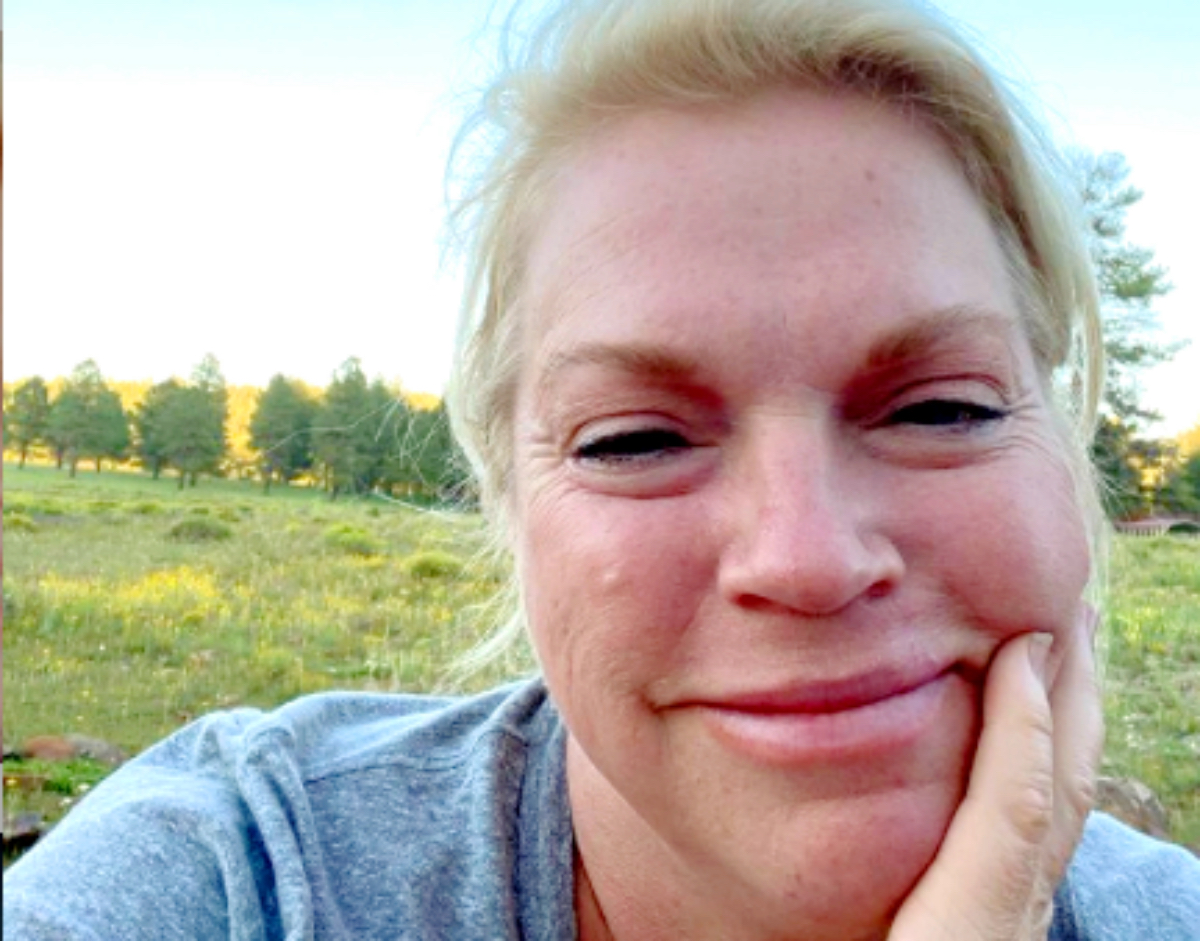 Sister Wives (SW) spoilers show that star Janelle Brown moved into an RV for the warmer months in Flagstaff. Season 16 comes along on TLC on November 21, 2021, and spoilers show that fans see more about developing the land at Coyote Pass. In the meantime, Janelle camps out there in her RV. But are her dogs safe from the wildlife? They seem to still be city-slickers.

When Janelle told her SW fans she moved into her RV, many of them assumed that she was homeless. However, she claimed that she opted for an outdoor lifestyle. On social media, she said, “So I have something fun to share. I acted boldly and seized an adventure.” Then she added, “The rental where I was living was sold and I chose an alternative path to trying to find another rental.” 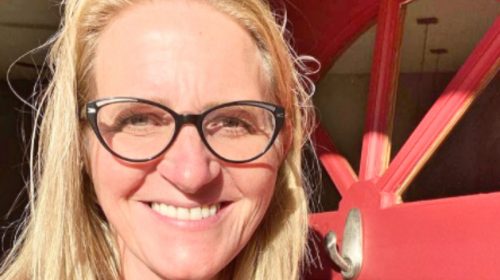 Fans of Sister Wives worried about utilities, but Janelle Brown soon explained how it all worked with generators and batteries Plus, she contracts a local to take away sewage and another one attends to repairs. Apparently, she lives there with her daughter Savannah and their two dogs. Well, how are the dogs coping with life where wild animals visit Kody’s second wife almost daily?

When Janelle Brown first moved to Flagstaff from Las Vegas, fans cautioned her about walking around the edges of Flagstaff. Although they don’t occur there often, some fans reported that bears do hang around seasonally. Well, she also told fans that she enjoys the stream of elk and other wildlife that visit her RV.  However she has two dogs, so how about them?

Sister Wives saw a post where Janelle took her dogs walking on their leashes. So, a fan asked her about “snake training.” Others asked about letting the dogs run free. However, that might not be a great idea. 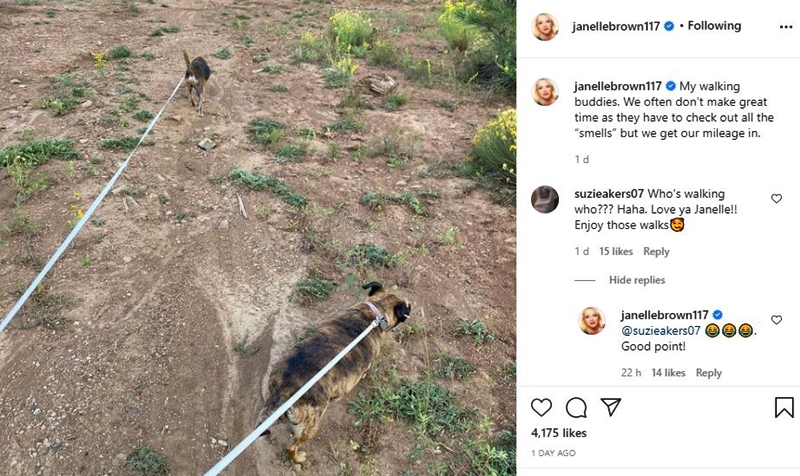 In the comments, she said that she saw a few snakes, but mostly lizards hang out there. Of course, fans know she often sees Elk. So, perhaps she also leashes them in case they chase the animals.

Janelle Brown also told TLC fans that she keeps them leashed. She wrote, “they are city dogs and just not smart enough yet. Maybe with time.” Well, so far, it seems they didn’t come across any bears. Plus, they stayed clear of those snakes as it’s doubtful the dogs yet underwent training for them.

Married At First Sight Spoilers: A Blow Out Fight Ends With One Wife Getting LOCKED Out