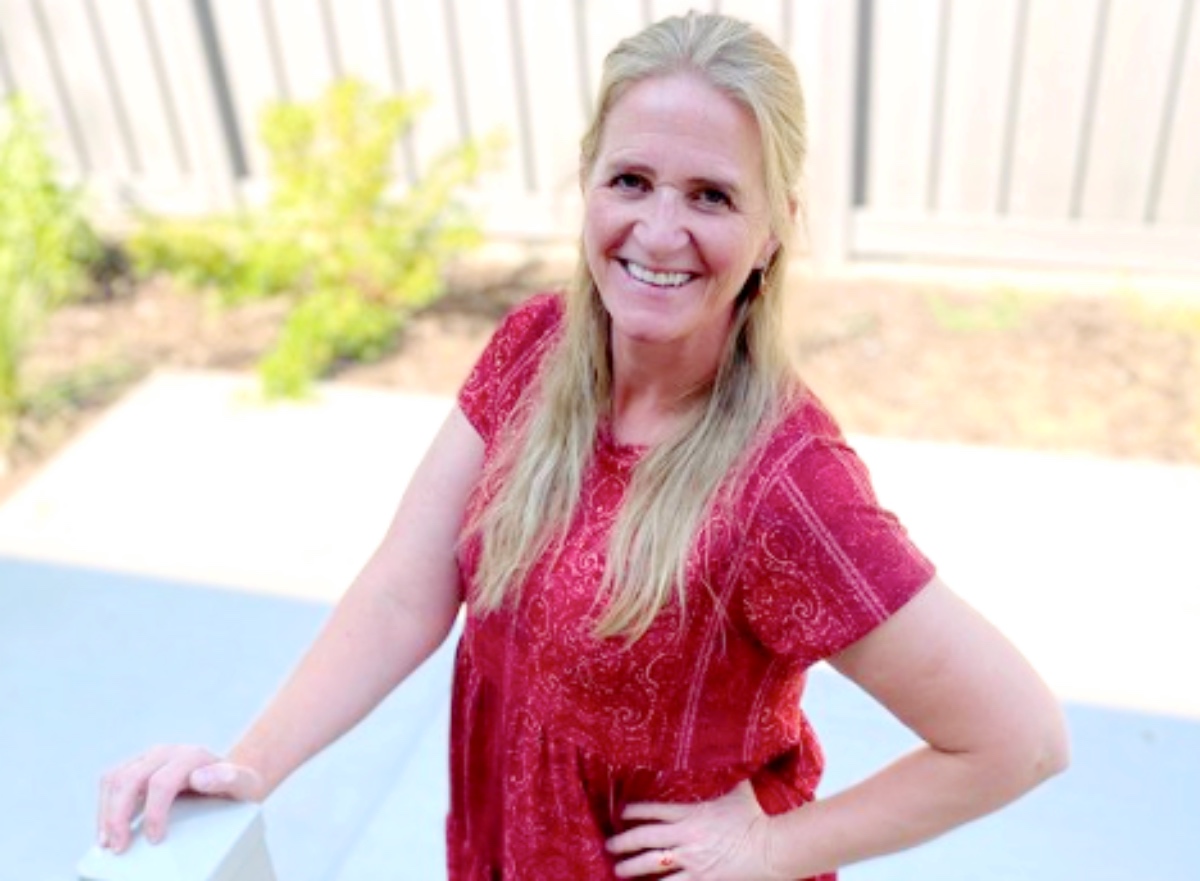 Sister Wives fans speculate that Christine Brown listed her house on the market so that she can return to Utah. Perhaps the upcoming season if the show reveals more about that. However, it might simply point to the fact that she has fewer kids living at home these days. TLC Fans were not sure just how many kids still lived at home, and now she confirmed exactly who left.

This week, Kody’s third wife appeared in photos in Utah. There, she caught up with the kids at the Oktoberfest. Mind you, Gwendlyn was absent, or at least not in any pictures. These days, fans find it hard to find out what goes on in Gwendlyn’s life. She seems quite prickly, some fans think. And, it looks like she values her privacy when it comes to her family. Anyway, she becomes rather more involved in LGBTQ stuff like her half-sister, Mariah.

Sister Wives fans wondered if Gwendlyn left the home of Christine Brown. So, her next post shed some light on that. Fans already heard that Ysabel moved out of her mom’s home in Flagstaff. In fact, she moved across to North Carolina and now stays with Janelle’s daughter Maddie Brown Brush. Actually, she opted to attend college there. Meanwhile, Christine’s other kids already live in Utah.

Sister Wives – Where are All The Kids In Christine’s Family?

Paedon Brown, the son of Christine Brown is thought to live in Utah as he joined the National Guard there. Meanwhile, her daughter Mykelti and her husband Tony Padron live in Lehi after relocating from St. George. Additionally, Aspyn and Mitch live in Salt Lake City, UT. Fans can fully understand now, why she told Kody in the last season of the show that she wanted to move back there.

With only Gwendlyn and Truely unaccounted for outside of Flagstaff, Sister Wives fans really didn’t know the situation with Gwen. Now, Christine confirmed that Gwen’s not at home with her anymore. On September 8, she shared a photo of herself and wrote, “Now that Gwen and Ysabel have moved out, @truelygracebrown is my photographer. Super lucky for me!! She posed me and everything!“

While Christine Brown didn’t say where Gwen lives, some fans assume she lives in a college dorm somewhere, 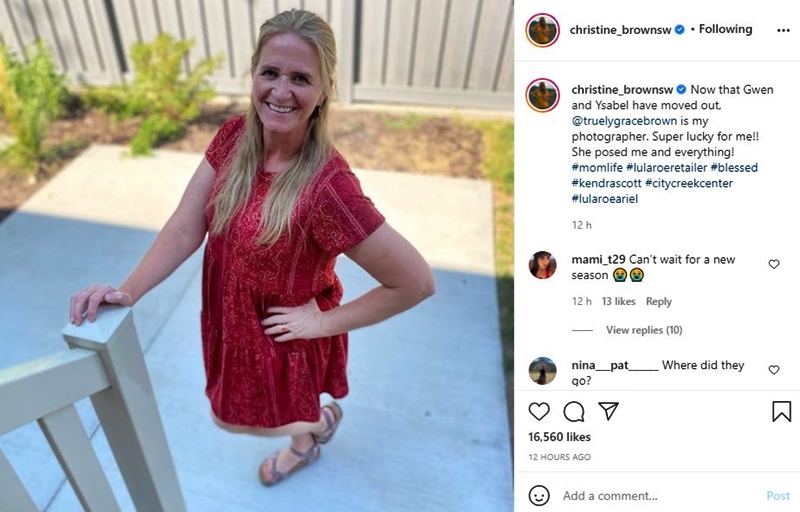 One fan commented on the big kids leaving. They wrote, “It’s always bittersweet when they fly off to their own nest. I’m glad you’ll have Truely for a long while yet, what a blessing!” Then another fan wrote, “Awwww Truely is the best! 💜 You look fabulous, Christine! 😍”

Be sure to catch up on everything happening with Christine Brown right now. Come back here often for more Sister Wives spoilers, news, and updates.