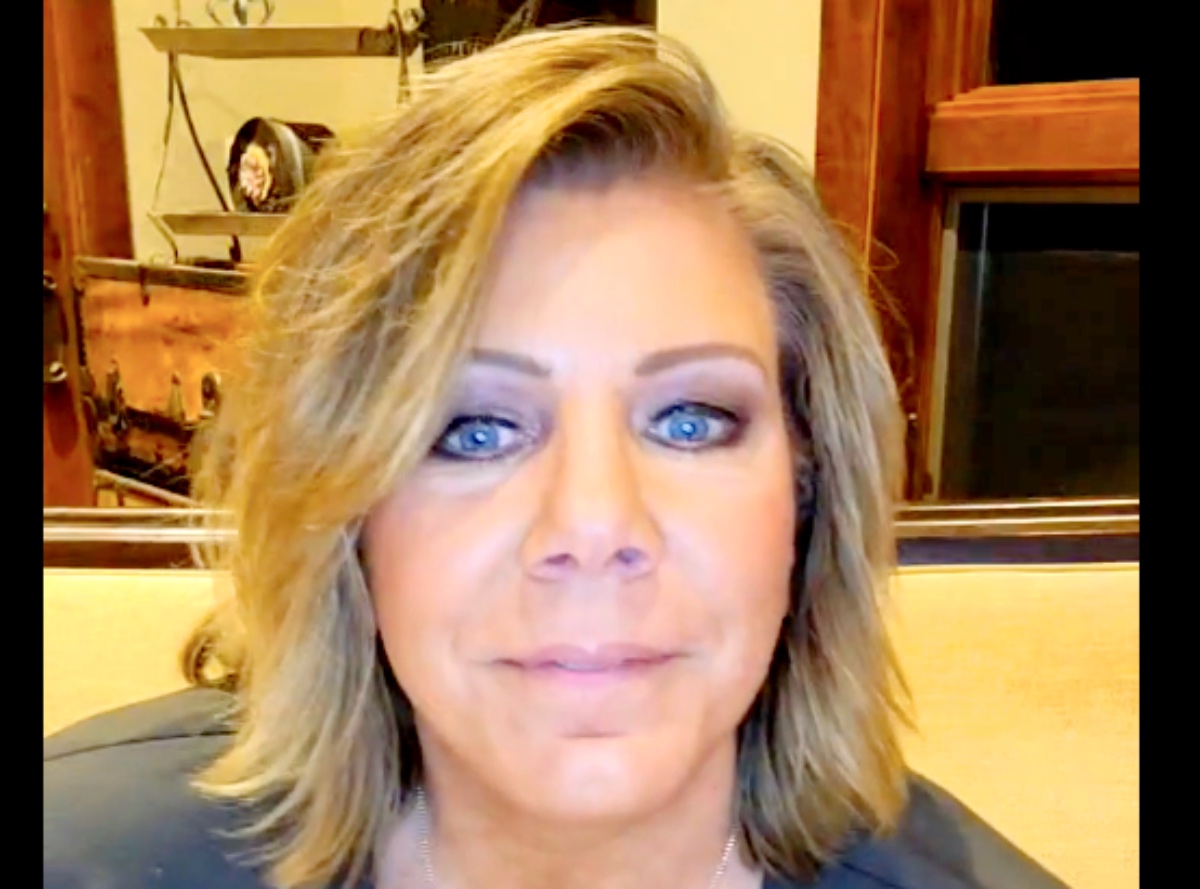 Sister Wives (SW) fans saw that Meri Brown recently visited Cancun in Mexico for a well-earned vacation. Now she’s back, she returned to Arizona and said that she’d be there for the whole week. Actually, she seldom stays in one place, between her BNB and her home in Flagstaff. This week, she stopped to take in the view on the road and enjoyed herself in the company of her heart’s delight.

Nobody really knows the real situation between Meri and the rest of the Brown family. However, one thing they do know is that she doesn’t hate living in Flagstaff. Recently, she visited Cancun in Mexico and relaxed after an exhausting few months. 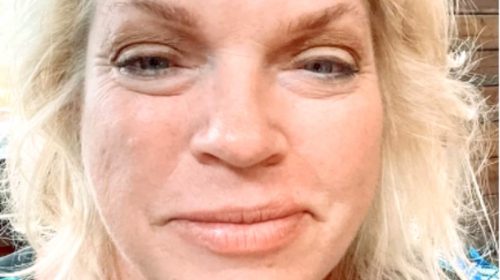 Bear in mind, since her mom Bonnie passed away, her BNB in Parowan keeps her busy. Plus, she still runs her LuLaRoe business. So, she relaxed in the ocean and then returned to Flagstaff. She told her TLC fans that she finds strength and peace in the beautiful forests there.

Sister Wives star Meri Brown drove along the Vermillion Cliffs Scenic Highway. She told her SW fans that it looked so pretty with the mountains in the distance, she stopped for a photo. A few fans who traveled there before agreed that the view looks simply stupendous. In fact, one fan had stayed at Meri’s BNB in Parowan, and they traveled the same route. Well, it’s nice for fans to know that this time, Kody’s first wife didn’t travel alone.

Meri’s traveling companion was Mosby the dog. Some fans seemed unfamiliar with the name of the dog, and they wondered if she owned it. Well, for newcomers, it’s actually Mariah’s dog. However, Meri Brown dotes on the pooch. In fact, when she first moved to Flagstaff, Mosby visited her there. Sometimes, the little dog even features in the show. When Mariah left and returned to Chicago, her mom clutched her “baby” and looked terribly sad. 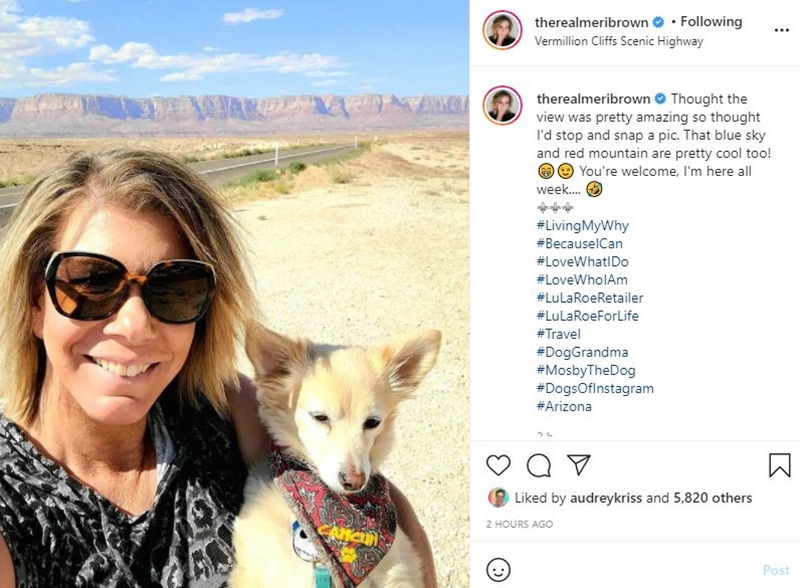 Now and then, Mosby visits with the Sister Wives star and she always looks so happy in the company of the dog. In fact, TLC fans see Meri in her happiest moods when Mosby shares her life. So, when she took a selfie of the view and included Mosby, a lot of fans were there for it, Even cuter, Mosby wore a dog collar bandana with the word “Cancun” on it.

Fans of Meri Brown commented in the photo that revealed Mosby. One of them said, “Gorgeous photo of you and mosby 💖.” Then another noted, “Mosby is hella cute 🥰,” More comments followed, including this one: “Your puppy is so chill. Thanks for sharing.“

Be sure to catch up on everything happening with TLC’s SW right now. Come back here often for more General Sister Wives spoilers, news, and updates.