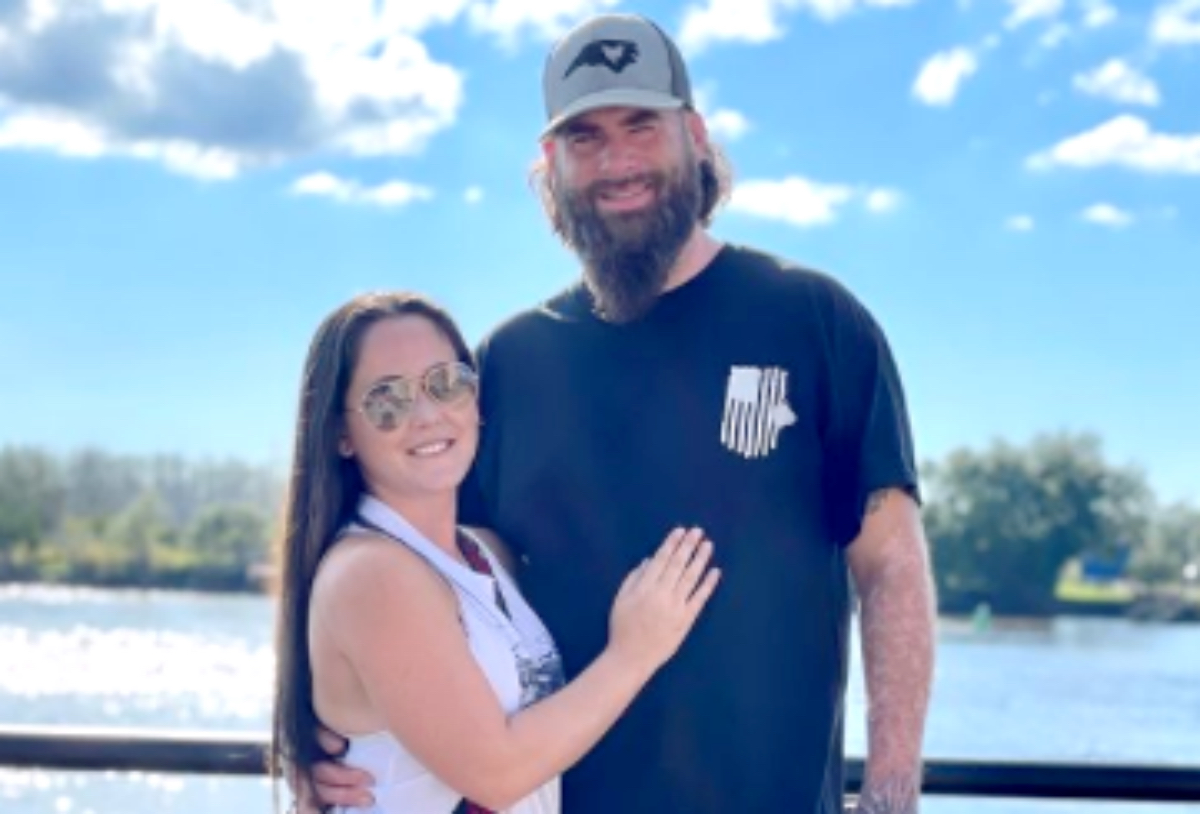 Teen Mom 2 spoilers reveal Jenelle Evans met David Eason six years ago. Actually, it seems incredible that it happened such a short time ago. After all, the drama they brought to MTV seemed enough to last a lifetime. Now, she celebrates the six years that they’ve known each other and claimed it worked out well.

David Eason and Jenelle met and instantly started producing the drama so well-known on the MTV show. Of course, a lot of fans thought that she should have stuck with the baby daddy of little Kaiser. Nathan of course, was not her only relationship before David. In fact, her other exes include Andrew Lewis, Josh Miller, and Gary Head. Not forgetting her short-lived marriage to  Courtland Rogers. Fans know that Lewis is the dad of Jace. Kieffer Delp also featured in her life, though they split. 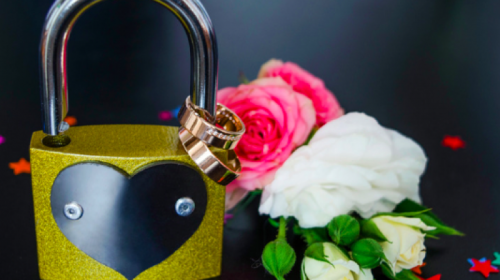 Married At First Sight Spoilers: A Blow Out Fight Ends With One Wife Getting LOCKED Out

Teen Mom 2 critics of Jenelle Evans felt that Kieffer was bad enough with his involvement with a methamphetamine lab. Meanwhile, Josh Miller allegedly stole a car with a little kid in it. Then, she and Gary Head ended up being arrested for drugs and domestic altercations. Meanwhile, Courtland ended up arrested for alleged assault and possession. Making some dodgy choices, loyal fans think it’s a miracle that she seemingly gives her kids the best life with David Eason.

Jenelle Evans stuck with guys with a dodgy background when she fell in love with David Eason. Later, they welcomed their daughter Ensley. Although they split and reunited several times, she claims it worked out. Well, after David killed her dog Nugget, fans feared for the lives of the kids. Since they left the MTV show, Janelle seems to actively strive for happiness with David.

Teen Mom 2 critics might think that she lies to herself, but clearly, they try and get along. This week, she posted a photo of them together. In her caption, she said, “Met in 2015, and still together! Through all the BS, we made it. I’ve never been happier and glad we are on another level of understanding each other. CHEERS TO US!“

Jenelle Evans and David Eason are very controversial and some MTV fans make a habit of trolling them. However, loyal fans think that she grew up a lot. So, one of them said, “loveee ittt ❤️❤️❤️ girl there will always be haters. but keep that relationship going ❤️❤️.” 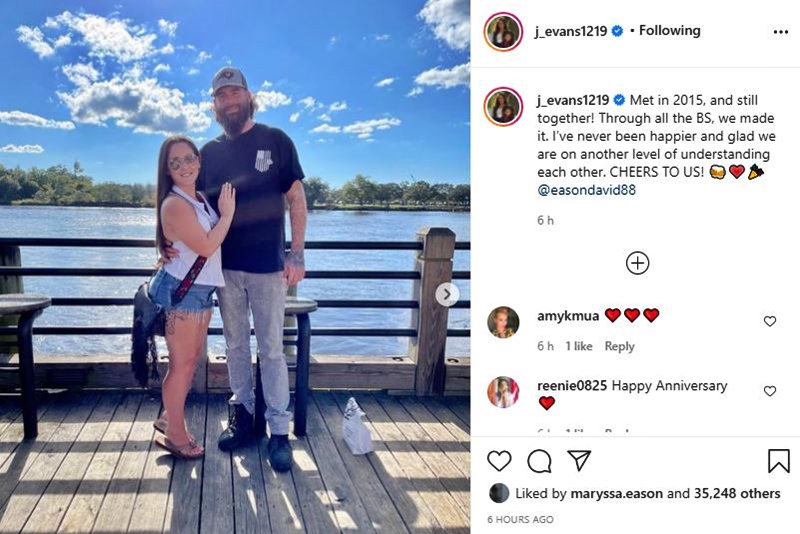 Then another fan wrote, “I’m so glad to hear y’all are doing well. ❤️ Praying for continued stability in all facets of your life.“

Be sure to catch up on everything happening with MTV right now. Come back here often for more Teen Mom 2 spoilers, news, and updates.

Welcome To Plathville Spoilers: Max Admits He Erred About Moriah