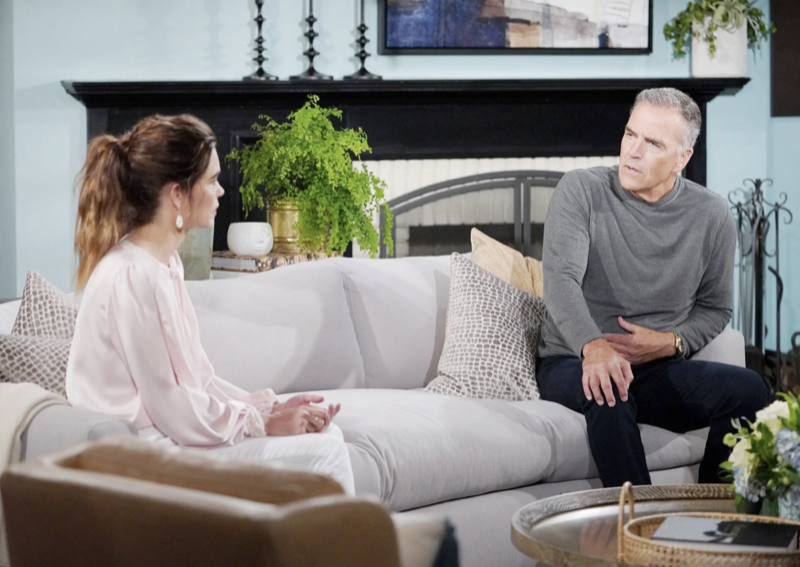 The Young and the Restless (Y&R) spoilers document that Ashland Locke (Richard Burgi) could have told Victoria Newman (Amelia Heinle) the truth. But he said nothing about being summoned to Society and the meeting with his revealed longtime blackmailer, Jesse Gains (Jamison Jones).

This mistake could prove to be the unraveling of Vashland’s intended wedding plans. Ashland’s instant agreement to pay Jessie three million dollars, which represents ten years of advanced payments, means that something bad happened in Ashland’s past.

Whatever the secret it must be powerful. Why else would Ashland have started paying Jessie money every year since who knows when and why would he agree to pay Jones’ character in cash now?

Jessie made the annual six-figure payments he has been receiving sound like they were necessary. That could mean Ashland wronged him out of a patent. But something of that nature would not represent a nefarious soap plot.

A more sinister event must have taken place. But what is it?

The fact that Ashland has been making payments for years confirms that Jessie is aware of information or holds proof that would have caused the end of Ashland’s empire. Why else would he have been paying what can accurately be called hush money? That phrase is used because Jessie referred to maintaining his silence.

Young And The Restless Spoilers – Victoria Newman Wants The Truth

Victoria not only wants the truth, but she also deserves it. As Billy Abbott (Jason Thompson) said, Ashland has provided weird answers to understandable questions. He will not say what his real name is and will not describe how he got the money to buy the television stations that were the basis of the Locke Communications Group’s origin story.

The soon-to-be Mrs. Newman Locke rationalized both answers. She sympathizes with Ashland’s claimed childhood trauma and wants to believe that he started his company through legal means.

Ashland told Victoria that he has done nothing illegal. But if that were true then why is Jessie being paid off?

Young And The Restless Spoilers – Billy Abbott Closes In

Seeing Billy peering through Society’s windows was important. He was an eye-witness to Ashland’s meeting with Jesse.

Fans are right to believe that the father of two of Victoria’s children will make contact with Jesse. If Ashland delivers the requested seven-figure amount, then Billy’s odds of learning the secret increase ten-fold.