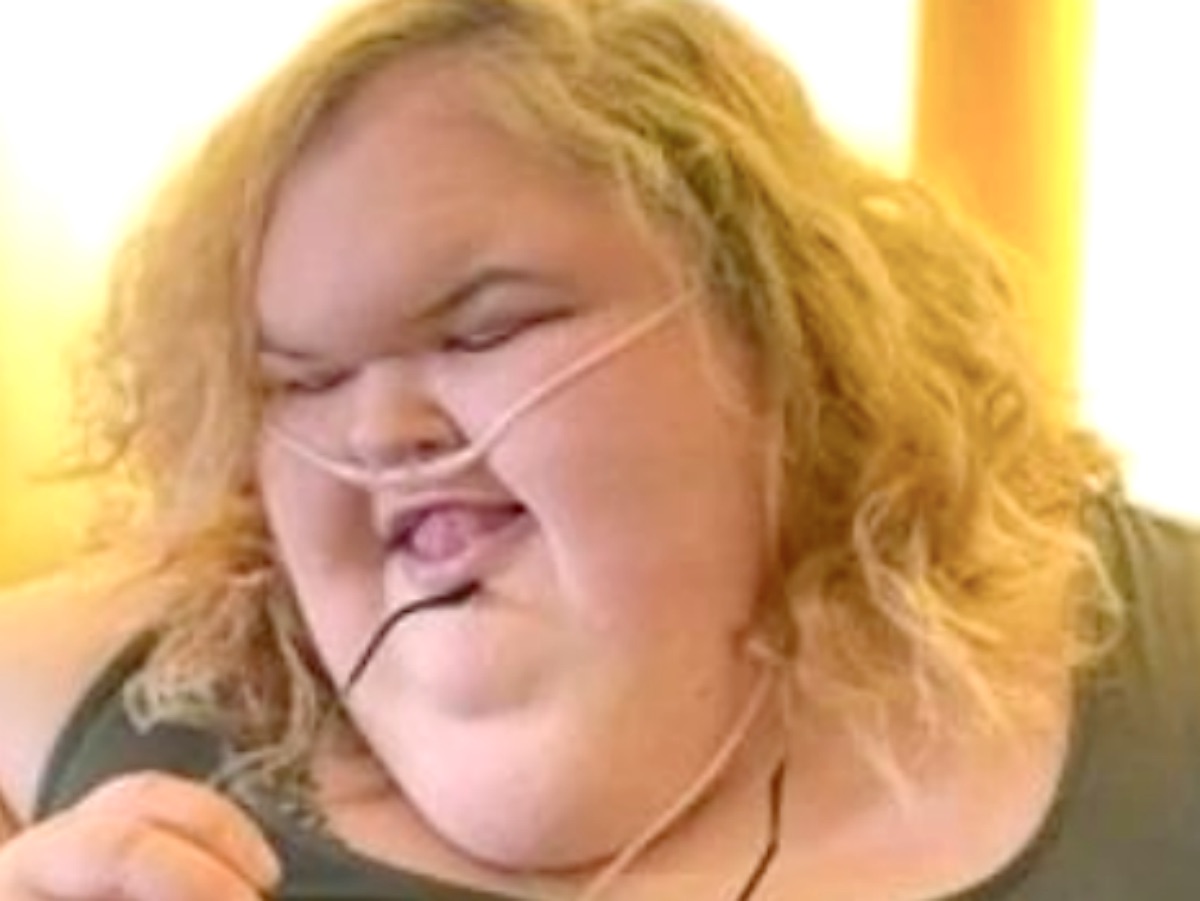 1000 Lb. Sisters Spoilers suggest that Tammy Slaton’s name is being used by a scammer asking for money for her nephew’s eleven-month birthday. Tammy saw the account and alerted fans to the scam recently.

1000 Lb. Sisters’ star Tammy has an Instagram following of over 215,000 people. Tammy uses her Instagram account to stay connected with fans often posting selfies and updates about her family. However, recently someone decided to use Tammy’s account to solicit money from the star’s followers to scam fans. The account official_tammyslaton was the account name. 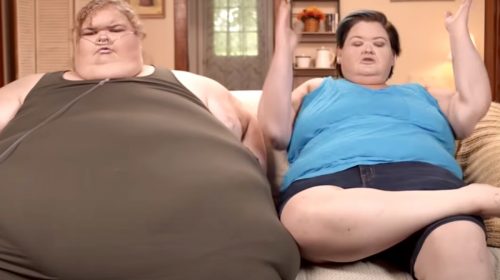 However, fans know that Tammy’s account is actually queentammy86. Some fans seem to have fallen for the rouse and even posted about her asking for money. Tammy quickly jumped on the post and made it clear that it wasn’t her. The post was stolen from Amy Slaton Halterman who had posted that her son was eleven months old on that day. The fake Instagram post was accompanied by a cash app request to $tammyslaton35.

Tammy Calls Out The Scammer

1000 Lb. Sisters’ Tammy reposted the scammers’ post warning fans not to send money to the account. “THIS PERSON IS NOT ME DO NOT SENT ANY MONEY TO THE PERSON,” Tammy wrote. Fans were quick to thank Tammy for the warning and some mentioned that they almost did send money. Of course, sending money to this account had the potential to allow the poster to hack into bank accounts associated with anyone’s cash app who replied. Thankfully, Tammy protected many of them by speaking out.

1000 Lb. Sisters’ fans were disgusted that someone would use Gage Halterman to try and scam viewers and quickly reacted by reporting the account in an attempt to get the account shut down. Fans were also upset that someone would use Tammy in such a way too. Some fans did still want to do something nice for the baby and asked Tammy to DM an address to them to send gifts. 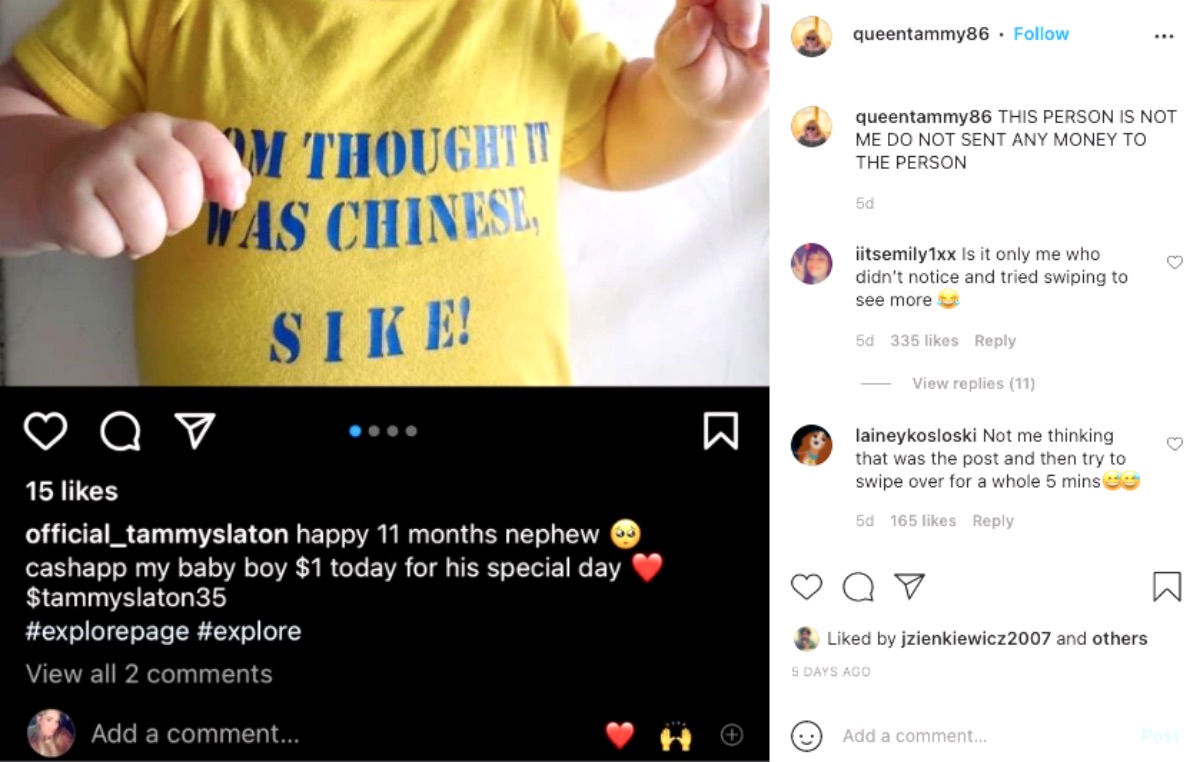 Fans Should Know Something Is Up

1000 Lb. Sisters’ fans sould have known something was up when an account claiming to be Tammy posted. Gage is 11 months old and Tammy has never posted a single photo of her nephew on her social media at all. Although Tammy likes to be everyone’s favorite aunt as she claims, Tammy wants no part of having children. Tammy also doesn’t post photos of her other nieces and nephews either.

Hopefully no one was scammed by this post. However, fans need to realize that these things do happen and it is their responsibility to make sure they know what they are doing when sending money to anyone on social media.