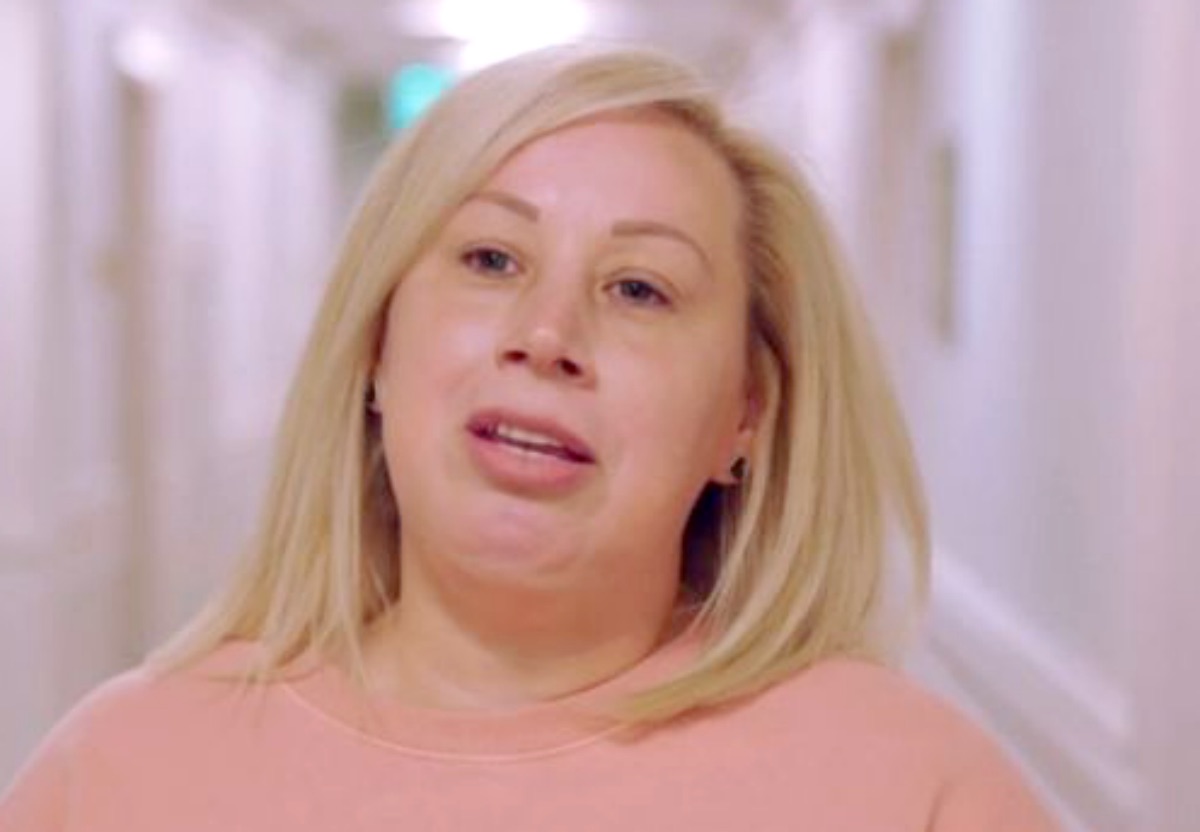 90 Day Fiance fans probably recall Angela Deem’s best friend Jojo from Happily Ever After? Season 5. Recall, Angela and Michael Ilesanmi married in Nigeria. Unfortunately, they needed a witness, so Jojo flew in to do that. Recently, Jojo said they were no longer friends. Now, she shared a cryptic post that suggests why she was so upset.

TLC fans often suggest that Angela Deem changed more than her appearance when she underwent plastic surgery. In fact, they also noticed that she seems to notch up her toxic attitude towards Michael and his family. In the latest season in Happily Ever After, it seems that she nurses a crush on her new doctor, Dr. Michael Obeng. So, fans wonder if she ever marries Micheal. 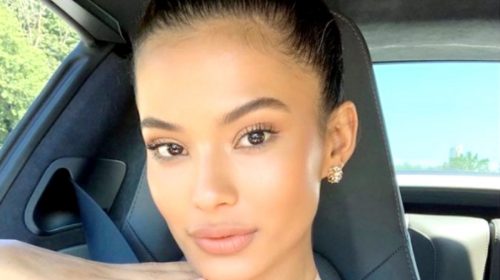 It’s still not 100 percent clear why Jojo fell out with Angela. Perhaps it has something to do with being used like Michael seems to be. In fact, many 90 Day Fiance fans think that Angela just loves bringing drama to television. The news that Jojo dumped her bestie was reported by Monsters and Critics on October 18. The outlet reported that Jojo told her Instagram followers, “It’s been almost 2 months since I decided to part ways with my Bestie, this was a very hard decision for me. “

90 Day Fiance – Jojo Wished Angela The Best At The Time

Jojo added, “People change……so I knew in my heart [it] was time to move on, but I wish her all the best! I hope everyone is understanding,”  Since then, a lot of cryptic posts about friends and relationships appeared on her Instagram. The most recent one came late last week. The meme said, “Some people ask me, why do you stop talking to some people without an explanation? Because people know what they’ve done to me.” 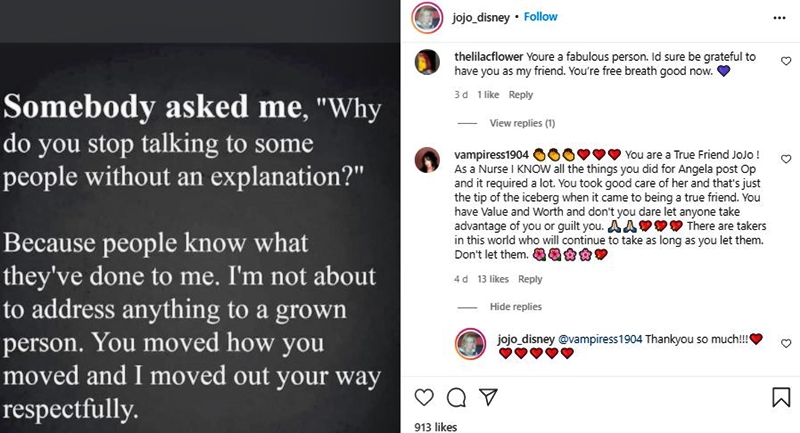 Then the 90 Day Fiance meme also spoke about grown people and how she respectfully gives her friend space to move on. Well, Jojo didn’t mention Angela by name but in the comments, she replied to someone who did. So, it looks like she shaded Angela in her post. In her caption, she wrote, “Truth!”

Jojo In The Replies And Comments

One 90 Day Fiance fan said to Angela’s ex-bestie, “You are a True Friend JoJo!… I KNOW all the things you did for Angela post Op and it required a lot. “ Then she added, “You took good care of her and that’s just the tip of the iceberg when it came to being a true friend.”

After much more, the fan noted, “There are takers in this world who will continue to take as long as you let them. Don’t let them. 🌺🌺🌸🌸💖”

Be sure to catch up on everything happening with 90 Day Fiance right now. Come back here often for more 90 Day Fiance: Happily Ever After? spoilers, news, and updates.