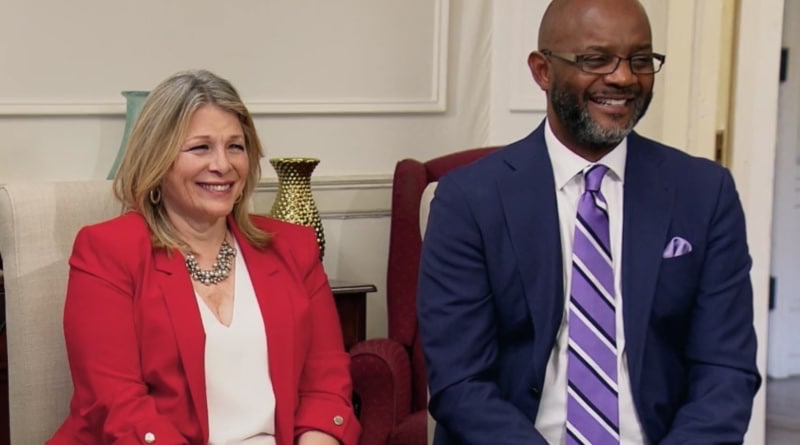 Married at First Sight spoilers and updates tease that pastor and marriage counselor Calvin Roberson and sociologist Dr. Pepper Schwartz, met with all the husbands and wives to break down the problems they have been experiencing and find out what it is going to take for them to say yes on Decision Day.

Zack tells Dr. Pepper that nothing that he does in life is good enough and he puts that on his wife and it is not fair. He says Michaela Clark is amazing, it is not her, it is just him, he has to get away from always thinking things are not good enough, it’s not going to work. Dr. Pepper tells him that he is undermining his happiness if only perfect will do. Zack later meets with Michaela and he is honest with her, he says he had a breakthrough and is excited about their future. Sadly for Zack, Michaela says she has walls up still and doesn’t look hopeful about their future.

Johnny Lam meets with Dr. Pepper and the first thing he says is “with her, I am someone I don’t want to be.” She tells him that he said things to Bao that he needs to apologize for and he needs to learn new ways to deal with his anger. He replies that they are seeing things completely differently. She tells him that he doesn’t need to win, keep score. And, he has to stop being mean. The whole time she is talking, he is breathing heavy, clenching his jaw and twisting his hands together. Bao meets with Pastor Cal and tells him that she could be better. She says she doesn’t understand why Johnny has to cut her down and be so malicious with her. She questions if he has the emotional maturity for marriage. Yikes! Sadly, these two are done.

Married At First Sight Updates – Lying To One’s Self

Brett meets with Pastor Cal and asks if Ryan Igansiak’s behavior would change, would impact Decision Day. She says yes, he was different on the honeymoon and she wishes she had that back, it was great. Now she doesn’t even know if he has it in him to give her what she needs. Pastor Cal tells her to ask Ryan when did he give on the marriage, she should know what happened and at this point, she has nothing to lose. Ryan meets with Dr. Pepper and says the marriage went south when they met with Dr. Viviana Coles. Ryan promises he is going to try harder, she tells him it is not over till it is over. But, this is clearly over.

Jose San Miguel Jr speaks to Dr. Pepper and tells her that everything is great, rainbows and unicorns! She tells him that he has a tendency to be controlling. He tells her that when things get rough his new wife bounces. She tells him that Rachel Gordillo has seen his anger, which makes it hard for her to trust him. Rachel meets with Pastor Cal and she says she still has to get to know Jose. She tells him that Jose has a temper and can be vindictive. And, if he ever locks her out again, then no, this is not what she signed up for.

Myrla Feria and Gil Cuero, what is there to say about these two? They are adorable together, you can see the connection. The only hurdle they have to climb over is her negativity, but that pales in comparison to the other couple’s problems.

Who do you see making it to Decision Day?