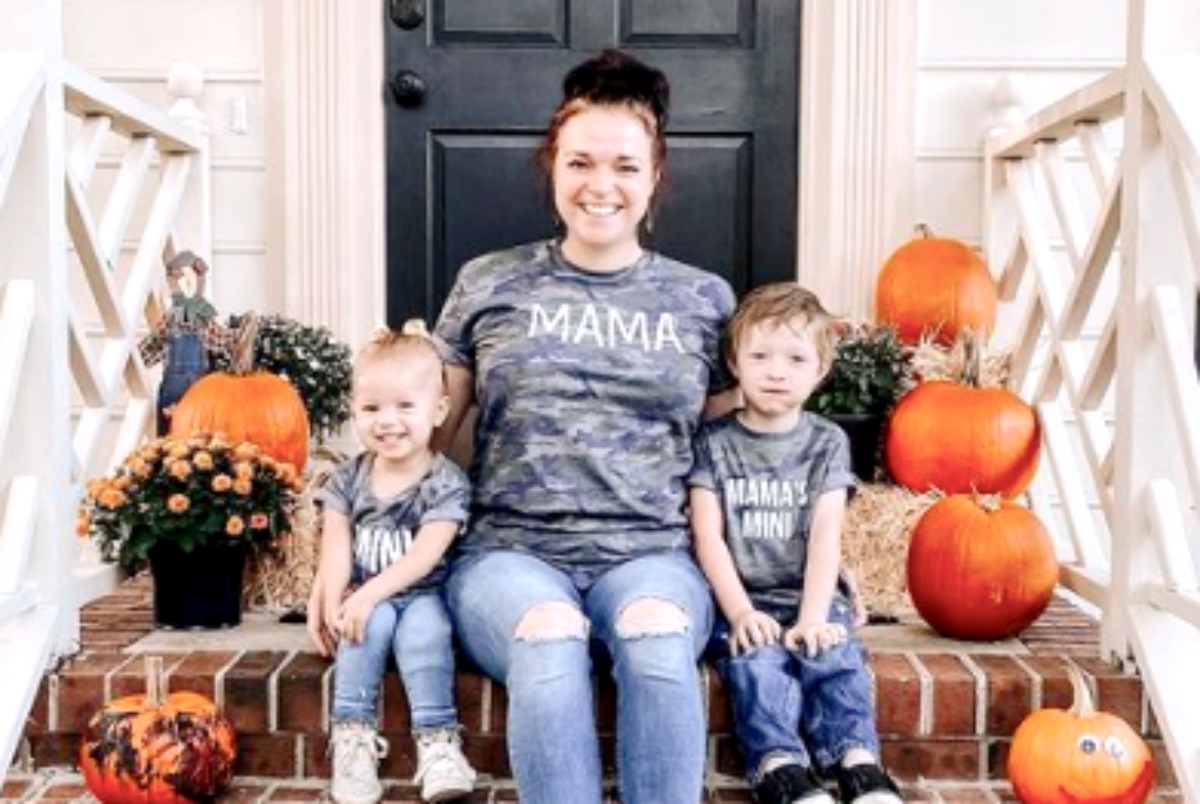 Sister Wives spoilers show that star Maddie Brown Brush and her husband Caleb put down their roots in North Carolina and purchased their own home. It looked lovely from the outside, yet Caleb discovered he had some work on his hands. Well, he toiled away, and clearly fixed all the problems. Now, it seems like they complete the family with two puppies that can run around the large yard.

Since the SW couple moved into the home, Janelle’s daughter posted up plenty of updates. TLC fans saw that the swimming pool needed fencing. Plus, some trees and shrubs blocked Maddie’s view of the kids from inside the kitchen. So, they started sorting that out. Caleb repainted some rooms and fixed up the kitchen and tiling. Then, they discovered some mold that kept him busy. 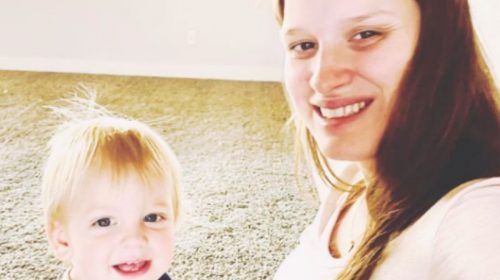 Sister Wives fans enjoy following Maddie Brown Brush as she always keeps them updated. Lots of photos and videos of the kids, Axel and Evie come along. Plus, she shares vacation photos, special functions, and photos of her half-sister Isabel who stays with them. Now they settled, in they got some new puppies in and Axel just loves them so much. Maddie said in her Instagram Stories this weekend, that the little kid tired out the puppies while playing with them.

Maddie Brown Brush first introduced TLC fans to the puppies on her main Instagram page. There, she said, “Well, we did a thing! Meet Caroline (black) &Gracie (brown). 😍 Axel is OVER THE MOON, Evie isn’t quite sure.” Many SW fans thought that the puppies look like Labradors. However, in the comments and replies, Maddie told them the two little pups are a “lab mix and German Shepherd.” 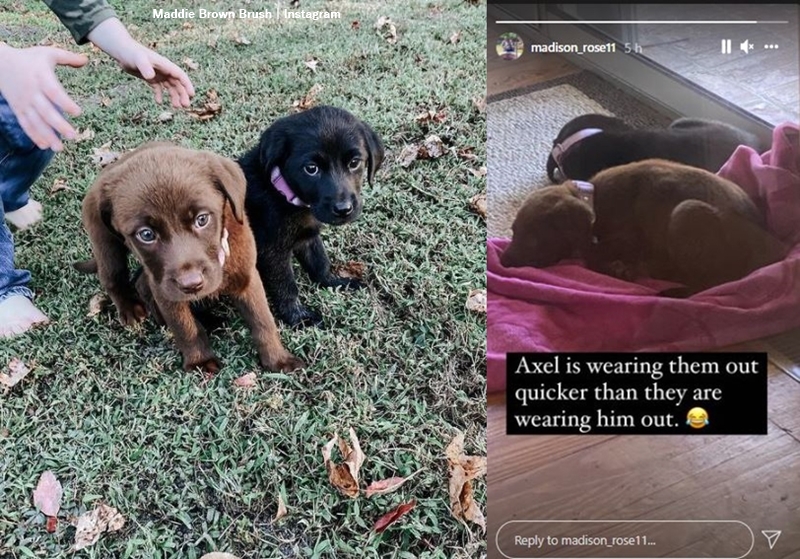 Later, the Sister Wives star took to her Instagram Stories and told her fans that Axel wore them out. Clearly, he played and played all day long with them. Somehow, there’s nothing more special than the way boys bond with their pups.

Many people loved the photos of the new puppies that Maddie Brown Brush shared. Her half-brother, Paedon commented as well, saying, “They are so cute!!!!!.” Meanwhile, another fan talked about getting in two pups at the same time.

The Sister Wives fan commented, “Well it’s good to know I’m not the only crazy that gets two! 😂😂😂.” They added, “cheers to late nights & chewed furniture.” Nicely, Maddie responded, saying, “haha from the same cloth. Axel was obsessed!”

What do you think of the cute puppy pix that Maddie shared? Do you agree that they will make good company for each other and for Axel? Sound off in the comments below.