The Bold and the Beautiful (B&B) spoilers and updates tease that Pierson Fodé has been cast in a new film titled Out of Hand. The production of the murder-mystery film is currently underway in Lake Tahoe and Los Angeles, CA.

Aside from Fodé, other cast members include Louise Linton, who recently debuted as a director in Me You Madness, and William Baldwin. It is directed by Brian Skiba and executive produced by Gurpreet Chandhoke and Dr. Donald Basile.

The movie follows the story of a woman, Dr. Valerie Cross (Louise Linton), as she deals with passion, deceit, and manipulation. She’s a literature and psychology professor at Berkeley. Fodé takes on the role of her oppressive lover, David, who becomes the suspect in the murder of one of Valerie’s students. 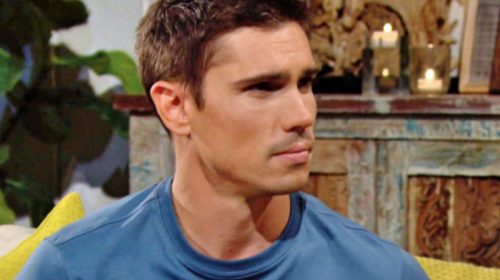 Fans may recall Fodé as Thomas Forrester on The Bold and the Beautiful. He earned two Daytime Emmy Award nominations for his impeccable performance on the soap. Aside from Out of Hand, Fodé is set to appear in the upcoming film “Man From Toronto.”

Fodé may no longer be with The Bold and the Beautiful but his character still is. It’s currently being portrayed by Matthew Atkinson. In upcoming scenes, Thomas will give Paris a surprising gift that will shock her in many ways. It may have something to do with offering her a place to live. Paris may be uncomfortable with the present so Thomas may say that she can help him with the designs in exchange. Whatever it is, Paris will accept his offer, which will be a reason for them to celebrate.

As for Liam Spencer (Scott Clifton), he’ll throw Deacon Sharpe (Sean Kanan) out after he finds out that he’s talking to Hope Spencer (Annika Noelle) at Forrester Creations. He’ll be enraged when he learns that Deacon managed to sneak in. He’ll consider his actions as proof that Deacon is as shady as ever.

But Deacon is eager to prove that he’s a changed man and that Liam has to accept that he’s the father of Hope. Unfortunately, that won’t be happening anytime soon. Plus, Hope will also push Deacon to leave but she’ll encourage him to do a better job of proving that he’s changed.