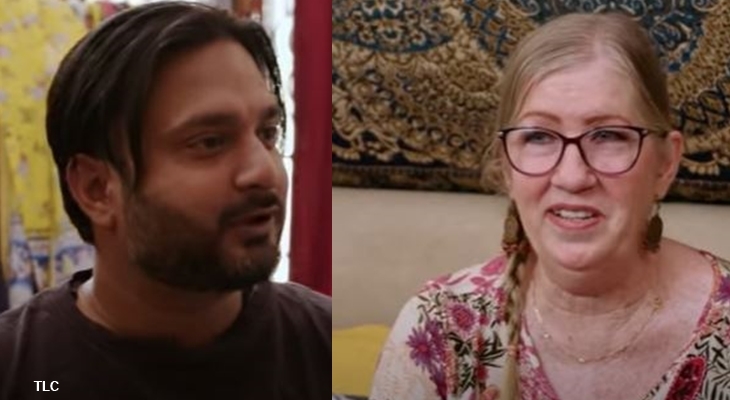 90 Day Fiance: The Other Way Season 3 spoilers showed that Jenny Slatten went through a lot of humiliation with the parents of Sumit Singh. Fans thought that she seemed desperate to marry Sumit. However, they doubt his commitment, especially as he sneaked behind her back to ask the lawyers not to process the marriage papers. From the beginning, TLC fans presumed Sumit is a liar. Now, teasers come that they reportedly married. However, Fans just don’t buy it.

Ever since they appeared on the franchise, fans felt that Jenny suffered way too much humiliation. It mostly came from his family, But, Sumit is not innocent either. Recall, at one stage she found out he already married someone else. His parents confronted her and Sumit and broke the news. Shattered, she still hoped that he would commit. However, he never did. In fact, he always seems to find an excuse, even though the arranged marriage ended. This season, he hid behind his mom who humiliated Jenny.

90 Day Fiance fans saw that an astrologer met with the family and basically told Sumit’s mom to stay out of things. He gave the blessing for their wedding. Actually, Sumit looked trapped, fans thought. Since then, news arrived that Sumit delayed the marriage papers. However, he later relented. Now, the news comes that they actually tie the knot. Still, fans just don’t buy it.

@90dayfiance shared the teaser for Sunday’s episode on Twitter. The caption read, “Sumit is in awe of his beautiful bride, Jenny! We’re only a day away from the season finale of #90DayFiance: The Other Way TOMORROW at 8/7c.” They also shared the same news on Instagram, but fans seem unconvinced. While congrats went in on Instagram, Twitterati seems skeptical. 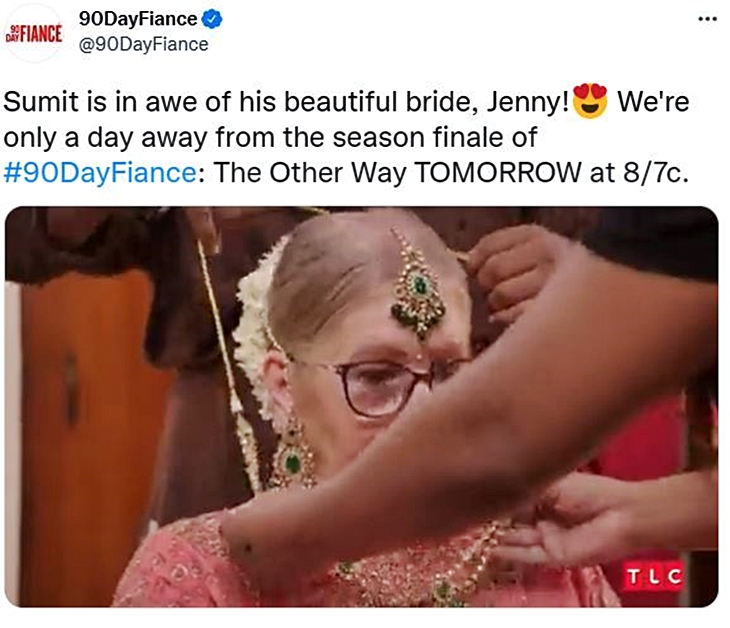 90 Day Fiance follower @ChristieHope23 tweeted in response, “I’m not buying it til Sunday.” Meanwhile, another follower, @Runitupchick2 noted, “I must say Jenny looks beautiful. Please don’t let this smut oh I mean Sumit, leave her the altar.” Then another skeptic wrote, “Until he fakes an asthma attack and is rushed to the hospital lol.” Ths comment also arrived: “This all seems made up by TLC to stage a long running relationship. They’re probably not going to be legally married. It’s all for show.”

Do you think that this time, 90 Day Fiance stars Jenny and Sumit will really marry? Or, do you think it’s all just made up for the show? Sound off your thoughts in the comments below.