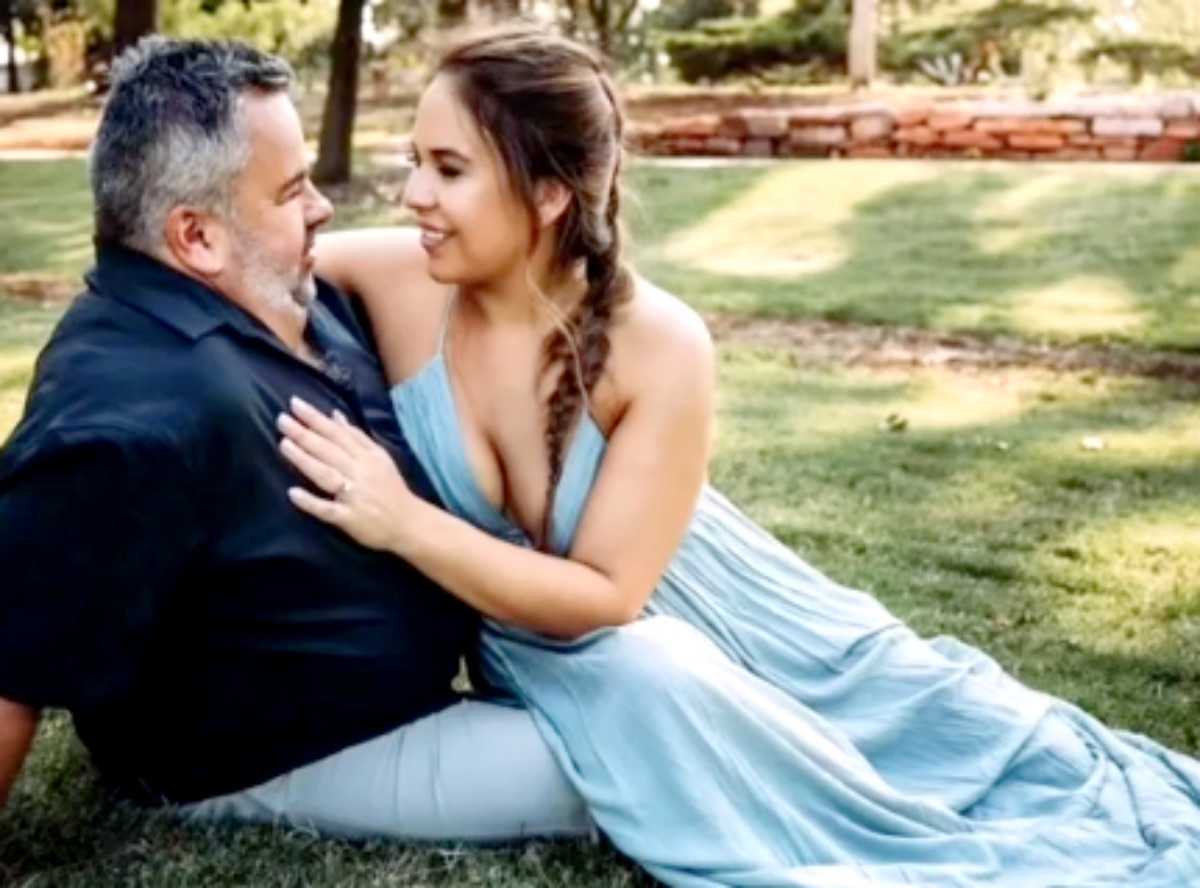 90 Day Fiance fans either adore Big Ed or they can’t stand him. It’s not so much about his short neck, which he can’t help. Rather, they don’t like the way the TLC star treats his women. Recall, fans first saw him with Rose Vega. Fans cheered when she walked away from him. Well, he just became engaged to his new girlfriend Liz Woods, and many fans are very unhappy.

Sometimes, TLC stars in the franchise marry out of the blue. However, it’s not a common occurrence. For example, Colt Johnson married Vanessa Guerra, and nobody really expected that. While his mom Debbie is one happy mama, some fans wondered just how genuine the relationship is. Later, they revealed that they lost a baby, so that might have been a motivating factor. 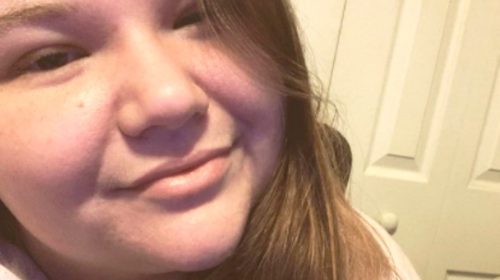 Other 90 Day Fiance stars drag out their relationship for years. Jenny and Sumit on The Other Way stand out for that. So, fans think they do the show for all the wrong reasons. Now, as news arrived that Big Ed proposed to Liz Woods, a lot of them think she’s just in it for the TV show. Nothing riles up fans as much as that. Especially after it comes out of a hot mess relationship like Liz and Ed brown.

Big Ed made several appearances in the franchise and in the spinoffs. Recently he featured on 90 Day Bares All. Now he moves on to The Single Life. However, it looks like he’s no longer single. So, there’s a  major spoiler for you. The announcement that he became engaged arrived shortly after the hot mess situation where he broke up with Liz multiple times. So, fans are skeptical that she really wants to marry him.

90 Day Fiance fans saw that the announcement by Ed read, “It’s official..! @e_92_marie.”  Well, People Magazine enlarged on the story. As usual, Ed said that he agonized over asking Liz to marry him. When Teddy said that his beloved dog died, Liz reach out to him. Now, they decided that it’s time to just get on with it. She accepted his proposal.

90 Day Fiance fans took to the comments section of Ed’s Instagram post. Not many of them cheered about the news. 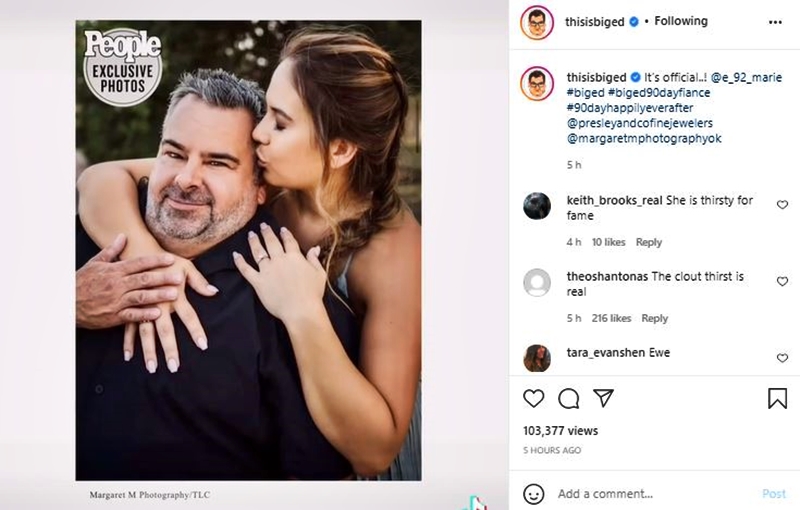 One incredulous fan asked, “Are you frigging kidding??” Others claimed she is just doing it for fame. Then another one noted, “He was just on 90 day bares all n hes single, (sic).” Well, fans can watch the show to find out what happened, if they’re interested. Additionally, many fans claim it just won’t last. Another skeptic wrote, “I can see why she’s been divorced 2x at 27 already lol 😆 she’s quick.”

Be sure to catch up on everything happening with the TLC Franchise right now. Come back here often for more 90 Day Fiance spoilers, news, and updates.