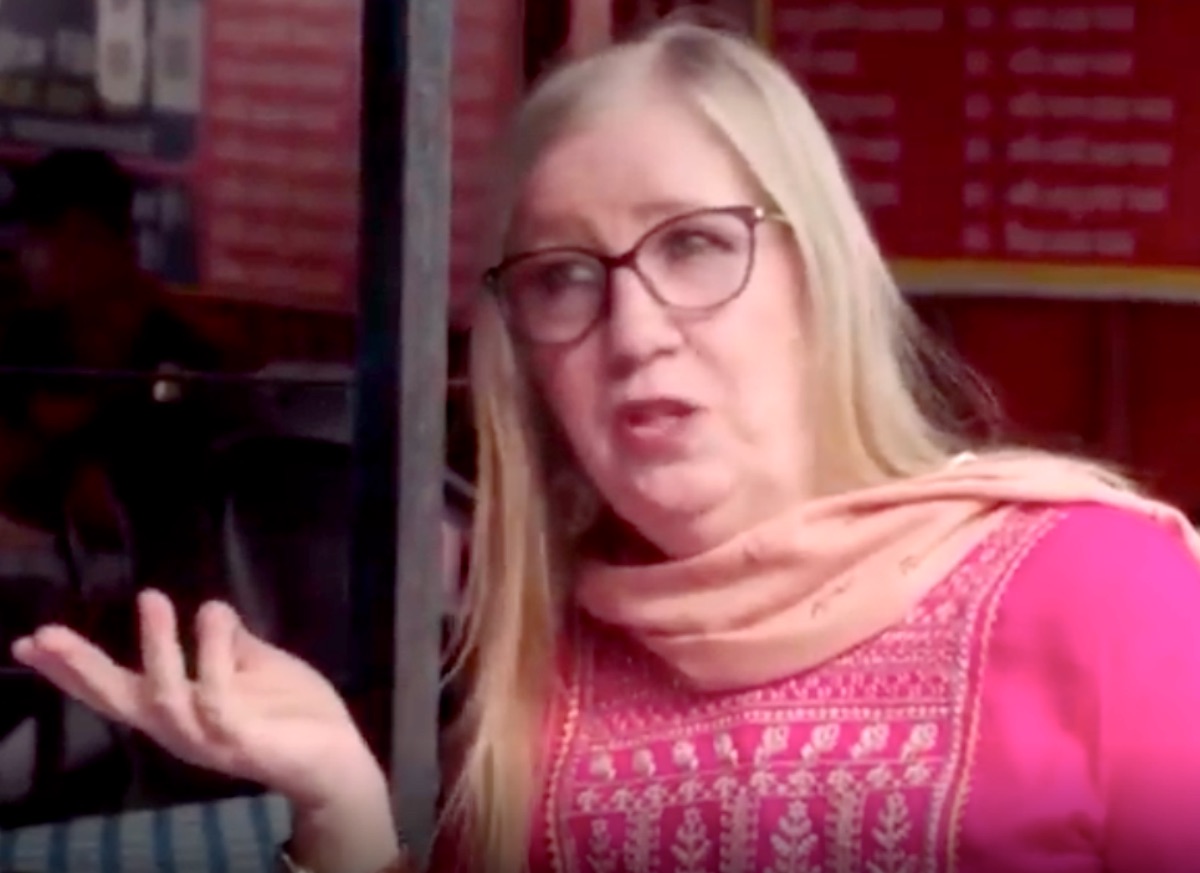 90 Day Fiancé fans were recently thrilled to hear good news for Jenny Slatten and Sumit Singh from their astrologer. At last, there was nothing to stop the couple getting married – in fact, it was in the stars. While obviously, Jenny was excited at the news, we already knew that behind the scenes, Sumit had put a hold on the marriage. Now, Jenny knows and, let’s face it, she isn’t happy.

As Sumit comes clean to Jenny about putting their marriage on pause, Jenny is obviously upset. She asks him, “Why would you do that?” Meanwhile, Sumit admits he isn’t ready to get married so quickly. Fans will immediately ask if he will ever be ready to marry his American fiancé. 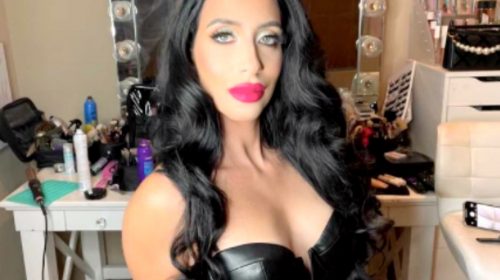 Sumit’s friend disagrees with him

Last week, we saw Sumit talking with his friend, Neeraj, about the situation. He tells him that they now have the green light from both his parents and their astrologer. However, he admits to his friend that he is feeling nervous about getting married to Jenny.

Sumit explains to Neeraj, “The past experience of marriage, like my divorce, all the fighting. Cost a lot of money and all of the trauma.” However, Neeraj isn’t sympathetic to his friend, telling him to stop focusing on the negative and marry Jenny “straight away.”

Sumit went on to explain to his friend that they went to the marriage lawyer, who gave them information about the Special Marriage Act. In fact, they completed the form for the marriage. However, that night, he experienced cold feet. Sumit told Neeraj, when they were done with the meeting, he called the lawyer, asking him to hold back and not file for the marriage.

Jenny’s reaction to Sumit putting the marriage on hold

Finally, Sumit comes clean to Jenny about putting the marriage application on hold. He says, “Actually, there is something I need to tell you.” He paused, then added, “After filing the marriage application, you know I was a bit nervous about it, as he was saying that he gonna [sic] file it on the same day. That’s why I put it on a hold. I asked him to put it on a hold.” 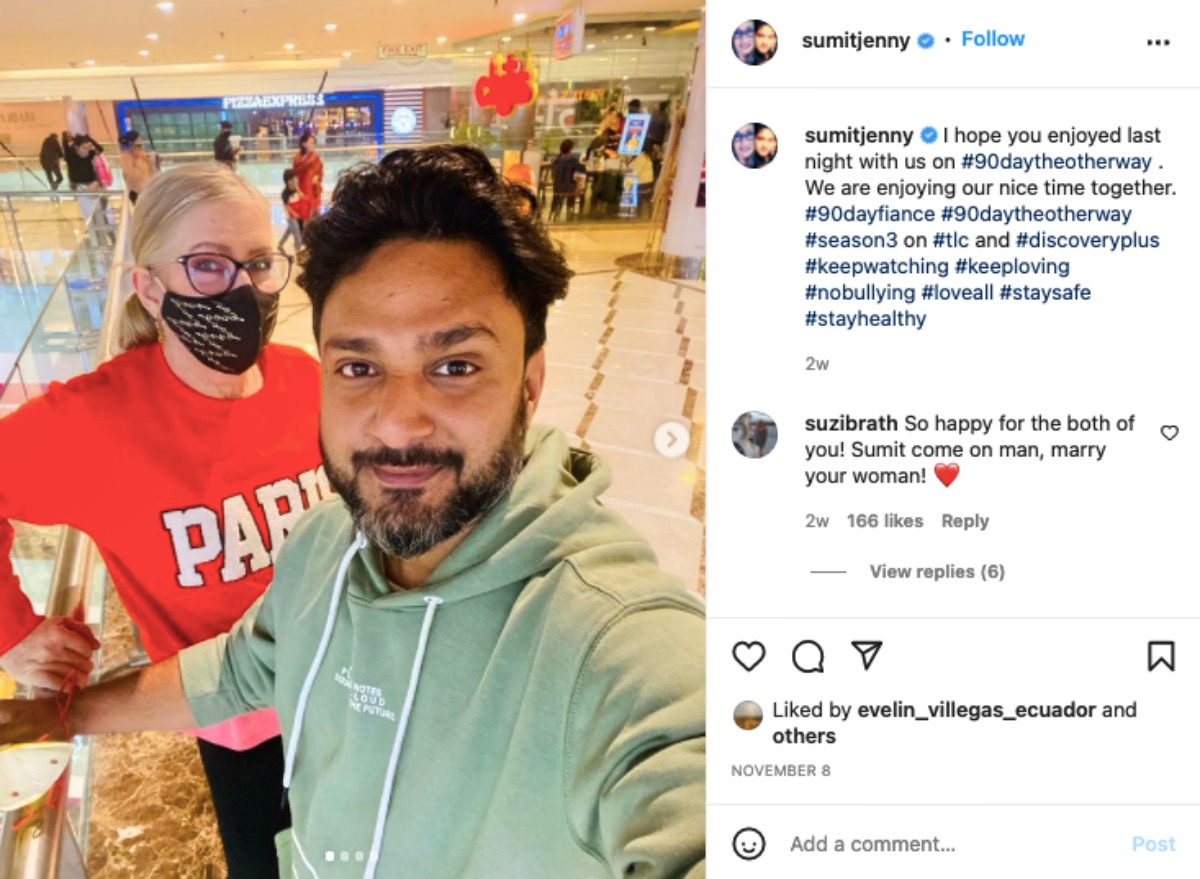 Jenny is obviously upset and asks Sumit, “Without me even knowing, you just called the lawyer and told him to stop it? I mean, why would you do that?” Sumit explained that he was nervous.

Jenny tells the cameras, “We finally get the green light to get married, and then, bam, I’m blindsided,” adding, “I’m hurt that he didn’t tell me. And I’m angry that he did it.”

Why does Sumit have cold feet about the marriage?

Sumit was previously in an arranged marriage, which didn’t work and he eventually divorced his wife to be with Jenny. However, while Jenny doesn’t feel that marriage was real, Sumit explained his actions.

“It just the kind of feeling, it’s just the kind of thing hitting my head because of bad experience of marriage.” He goes on to admit that his biggest fear is that he will be unhappily married, like he was before.

Sumt says, “I saw married people, things change, people change. It’s come with this change of status. Like earlier you were girlfriend and boyfriend. Now you’re husband and wife.” He admits to Jenny that he didn‘t find anything good about marriage in the past and that she should support him by understanding his reasoning.

It has been almost a decade since Jenny and Sumit started talking about marriage, and while she is trying to be supportive towards Sumit, she is now growing impatient.

Keep watching 90 Day Fiancé: The Other Way on Sundays on TLC to find out if Jenny and Sumit do, eventually, tie the knot.