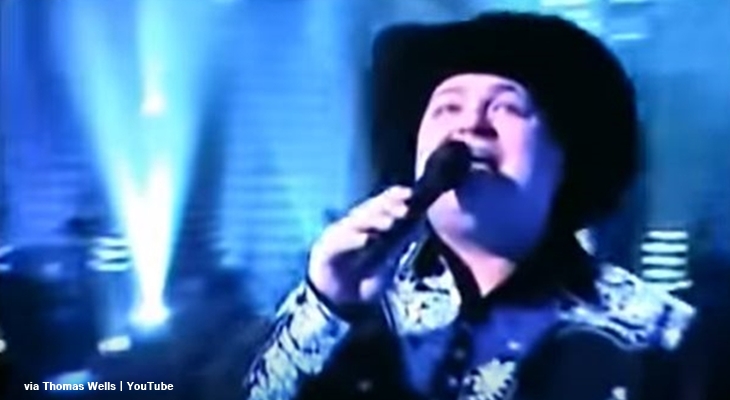 America’s Got Talent was just one talent contest where Thomas Wells performed. He debuted his TV show appearances on the X-factor and also starred on The Voice. Unfortunately, at the age of 46, the self-taught musician died after a freak accident in Oklahoma. The incident, which happened earlier this month took place at his work.

People really like the X-factor, America’s Got Talent, and The Voice. After all, it gives folks with talent from all walks of life an opportunity to better their lives. There’s, nothing nicer than seeing unknown talent blossom. However, sometimes, sad news follows as winners and contestants do fade into obscurity. Unfortunately for John Wells, his life ended prematurely. The incident came at work. and no doubt the company will have to answer a lot of questions.

America’s Got Talent, The X-factor, and The Voice fans on YouTube feel very sad to hear that Thomas Wells passed away so needlessly. There’s something so random about work accidents, that it’s hard to get heads around it. After all, the USA has very strict Health and Safety protocols. Families trust that when their loved ones go to work, they will, at least get home in one piece. Unfortunately, accidents still happen.

It’s not the first incident this year where a worker in Oklahoma was severely injured. Back in March, Iss Source reported. “a doctor ended up called to the scene and had to perform a field amputation on the worker who became ensnared in the conveyor belt at an iron company in Oklahoma City.”  However, John Wells died in an accident when a conveyor caught him, dragged him, and it couldn’t be stopped.

The news that the America’s Got Talent star died came from his wife who said that Thomas was “airlifted” to a hospital “in Tyler, Texas.” Unfortunately, the first hospital in Oklahoma couldn’t help with the severity of his injuries. Thomas passed away on November 13. The news which came via Facebook indicated that previously, he worked in a food factory. Mind you, work is scarce, so people work where they can get it these days. The Blast reported that his funeral took place on November 20.

Thomas was a self-taught multi-instrumentalist. He first started his singing and music career as a contestant on the X-factor where he performed with a choir. Later, fans saw him on America’s Got Talent and The Voice.

One fan on YouTube said, “Rest in Peace Thomas. Such a tragic loss. You left a footprint on this world.” Then another commented, “I’m so so sorry Thomas, I hope your family has tremendous strength in this time.”

Be sure to catch up on everything happening with the world of talent right now. Come back here often for more America’s Got Talent spoilers, news, and updates.