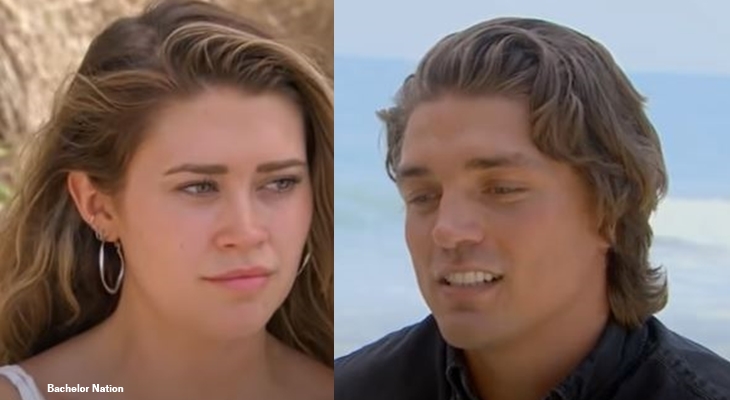 Bachelor In Paradise stars Dean Unglert and Caelynn Miller-Keyes made a go of their life together despite him dumping her on her birthday. Recall, he left the island, but later returned and asked her to leave with him. They left together and kept their relationship secret until the end of the season. Fans wait impatiently for them to tie the knot. But, will Dean overcome his hesitancy for a traditional wedding and ever propose to her?

Caelynn Miller-Keyes and Dean seem very happy together. Actually, they adopted Pappy the dog together. Plus, they recently moved to Las Vegas. For ages, they lived together, when Dean wasn’t adventuring in his RV. However, when he broke his leg and dislocated his hip in Switzerland, they seemed to grow very close. These days, fans see that he pushes her out of her comfort zone with mountain climbing and travel adventures. But, is that all she is to him? Some kind of built-in playmate?

Bachelor In Paradise fans heard that instead of proposing, Dean Unglert and Caeynn underwent some sort of commitment vows.  However, it’s not quite the same as marrying and walking down the aisle. Dean seems to have some sort of built-in aversion to sticking with the traditional approach to falling in love and marrying. By now, some ABC fans despair of him and wonder he’ll ever propose to Caelynn. Actually, they might be right.

Bachelor In Paradise Caelynn Miller-Keyes Could Wait A Long Time

E Online reported that Dean Unglert still feels very shy about proposing, In fact, he chatted about it on the Help I Suck At Dating podcast. He talked about how someone asked him if he and Caelynn married. That came when they attend the wedding of Ben Higgins. The question came from Derek Peth’s fiance because he wore a ring on his finger. Possibly, it’s the one that he and Caelynn exchanged when they made their commitment vows. 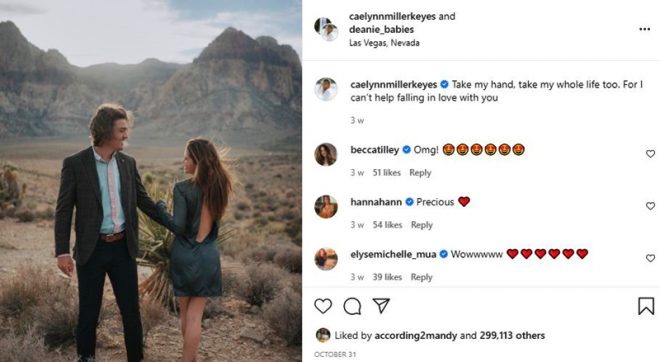 Well, the Bachelor in Paradise star answered, saying, “As far as the government’s concerned, no, but as far as our hearts are concerned, yes.” Well, thanks not how Caelynn sees it. Dean related how she leaned over and told someone that they probably get engaged “by 2022,” or “in 2022.” Dean’s not even sure when she plans for that momentous occasion. In fact, he seems totally disinterested. He added, “I don’t know if she’s speaking for me or if she’s saying that she’s going to propose to me.”

Bachelor In Paradise star Caelynn Miller-Keyes isn’t getting a lot of encouragement from Dean. he added, “I’ve made it pretty clear to her. I was like, ‘If you really want to get married, you should be the one proposing to me,’ so I think she’s got something in the works for that.”

Are you surprised that if Bachelor In Paradise Caelynn star Miller-Keyes wants Dean Unglert to marry her, then she should be the one to ask? Sound off your thoughts in the comments below

Be sure to catch up on everything happening with the ABC franchise right now. Come back here often for more Bachelor In Paradise spoilers, news, and updates.