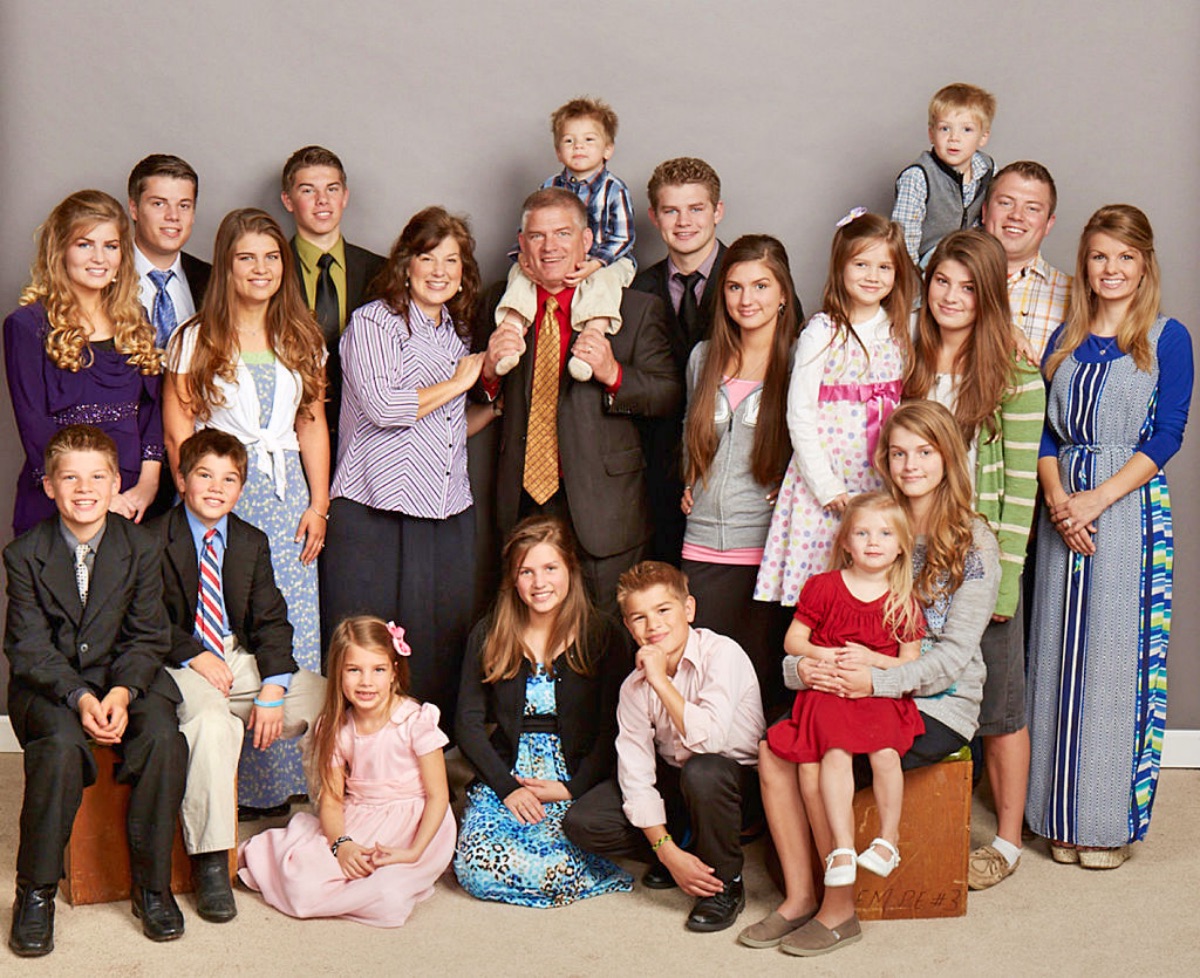 Bringing Up Bates star Carlin Bates Stewart posted up a video clip of the family on her Instagram stories. However, she quickly took it down. But, as everyone knows, nothing online ever disappears forever. Unfortunately for her, blogger Katie Joy of Without A Crystal Ball grabbed it and shared it on her social media. Now, critics call for the cancellation of the show by UPTV.

Bringing Up Bates – The Ever-Expanding Bates Family On UPTV

The Bates family TV show attracts many Christian followers. Much like the Duggar family, they love nothing better than marrying off their daughters young so they can produce more kids in the bloodline. The family isn’t as strict in their upbringing as the Duggar family, and they seldom have to deal with any scandals. Recently, they expanded the family again as Nathan Bates married Esther Keyes. However, they might not be celebrating this weekend.

Bringing Up Bates comes with Season 11 in February next year and fans look forward to it very much, Spoilers for the new season suggest that fans might get to see the wedding of Nathan and Esther. Other than that, the season should show other scenes, as usual, that chronicle the lives of Pastor Gil, his wife Kelly, and their 19 kids: not to mention plenty of grandchildren. That’s if the show survives the outcry after Carlin shared her video clip.

When Katie Joy posted the video, she captioned it with, “During a game of charades, Lawson Bates pretends to kill one of his brothers with a gun.” Apparently, he was acting out the word, “hunting.” So, far, nothing earth-shattering happened,  folks, unless you are very pro the anti-gun lobby. However, Katie pointed out that one of his brothers yelled out his answer as “George Floyd.” 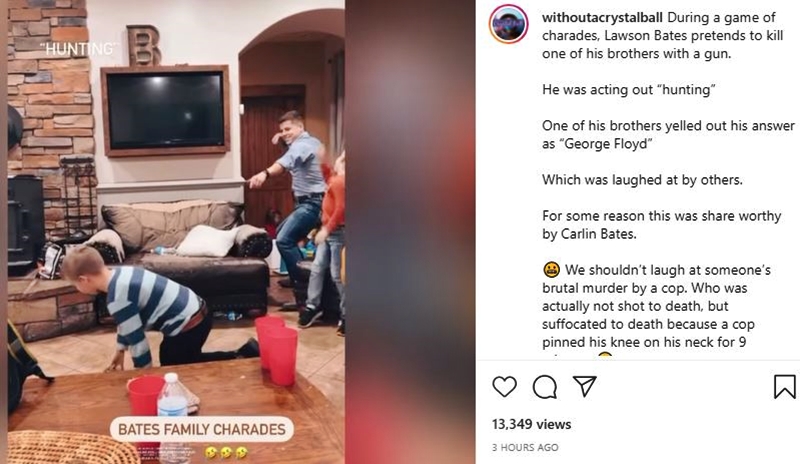 Additionally, she noted that the other people,e in the Bringing Up Bates family all laughed. Katie, like many of her followers, thought it was disgusting as George Floyd died while in the custody of the police. One outraged critic commented, “I saw this and was horrified. I sent messages to Carlin, the Bates Family, UpTV and the Bringing Up Bates page.” They added, “No one even flinched. It’s obviously commonplace there.”

Not Everyone Wants The UPTV Show Canceled

Another angry Bringing Up Bates critic commented, “This is shocking and very sad!?” However,  others disagreed that the show should be canceled. One fan wrote, In the midsts of a bunch of people talking – someone shouted “George Floyd” this doesn’t mean that they are hateful or bad people…The person just made a mistake. Why do we have to tear down families so much? They are human!!!!!!!!!”