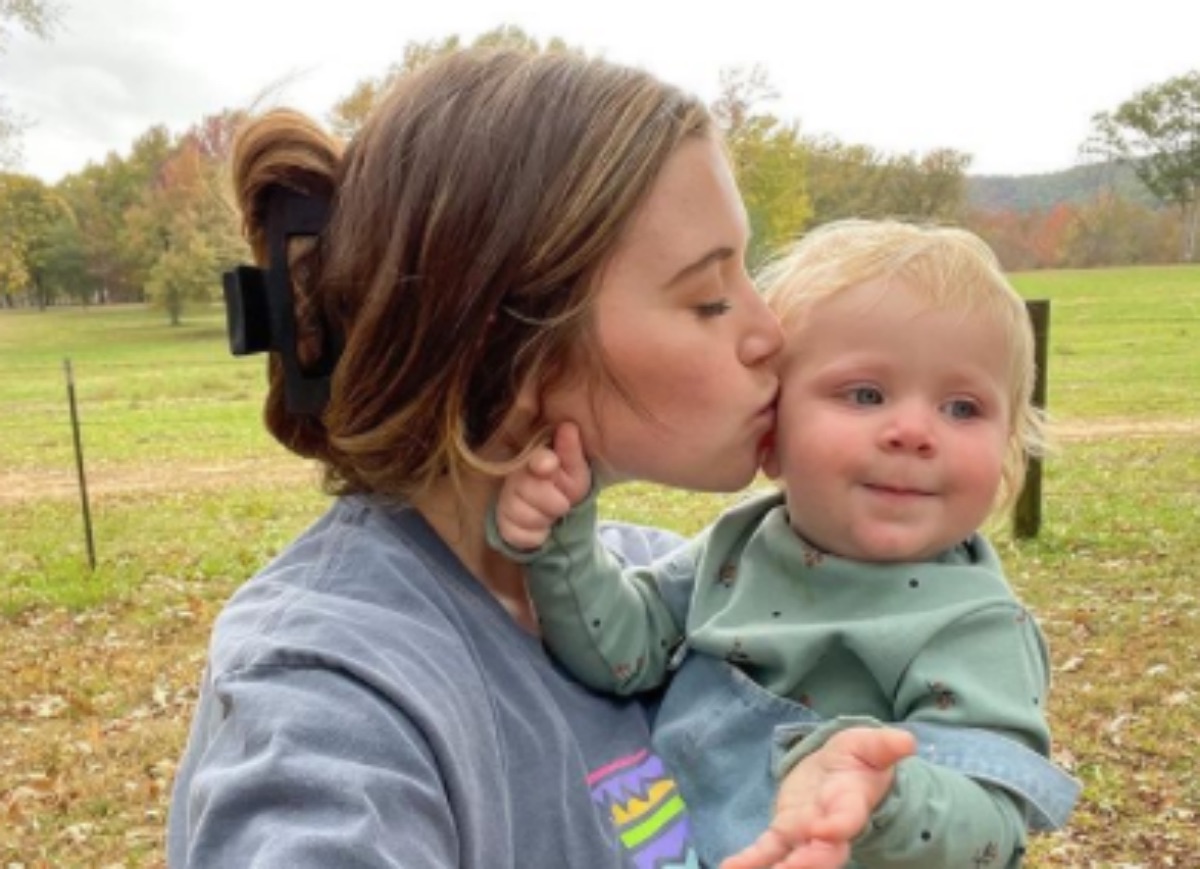 Counting On fans really liked alum, Joy-Anna Forsyth before she started making babies with her husband Austin. Of all the Duggar daughters, she acted a lot like a tomboy as a young teen. However, now she had kids, she gets criticized for not being watchful. Sometimes, TLC fans can’t get over how she potentially endangers her children. This time, they slammed her for feeding the kids a choking hazard.

After Joy-Anna welcomed little Gideon, she lost another baby. Distraught, she still had to birth the little fetus and they buried her with sadness. Later, the news came that she expected another baby. He rainbow child, Evelyn is now a bit past her 1st birthday. TLC fans agreed that her name was nice. Evelyn Mae Forsyth arrived safely and for a while, fans found little to criticize her for. Now that the kid are older though, fans slam her regularly.

In October this year, fans thought that Joy-Anna Forsyth hinted about another baby coming along. Of course, Counting On fans expect more children will happen. After all, the Duggar family is famous for breeding a many kids as possible. However, critics think she should just stop now, as they fear her parenting decisions might endanger the children. This is not the first time that she got slammed as a careless mother.

This weekend, Redditors slammed Joy-Anna. It came after she took to her Instagram and showed a photo of the kids tucking into some food. The kids seem very cute, and they sat together eating pizza. Actually, for little kids, the slices seemed huge. Fans didn’t mind that they ate ate a meal, but the worried that either of the kids could easily choke on the food. At least she could have cut the pizza into more manageable slices, fans thought. 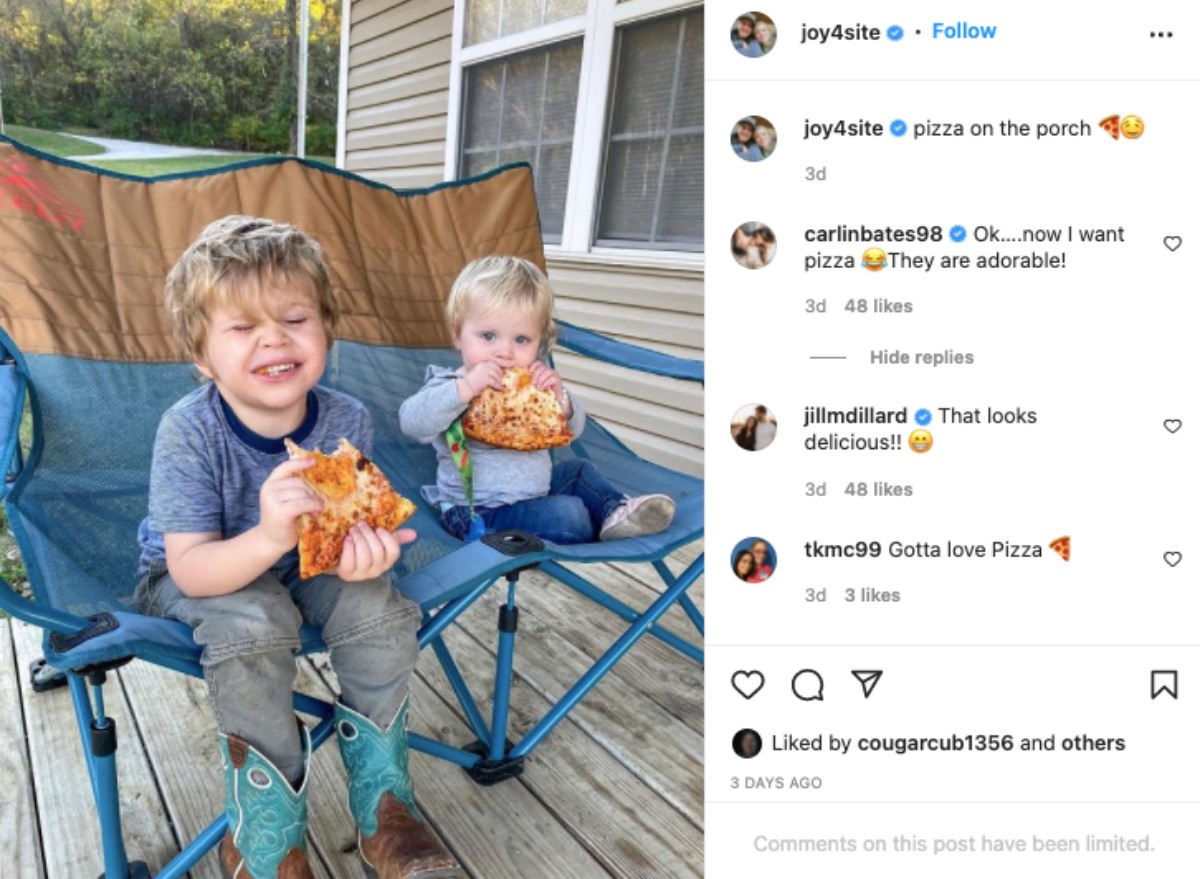 One Redditor felt that the food posed a real danger as the slices were way too big. At least for little Evelyn. One Counting On critic described it as completely “ridiculous.”  Another critic felt that she could have easily cut the food up as it seemed very “dangerous.”  Others slammed the sheer quantity of the pizza slice as small kids could hardy fit all of it in. However, in a nutshell, one commenter wrote, ““Massive slice for Evelyn, looks like a choking hazard.”

Not everyone slammed Joy-Anna. One loyal Counting On fan argued that Evelyn could probably manage it just fine as long has her mom was nearby. Well, presumably, the kids were not alone, as someone, probably Joy, took the photo. What are your thoughts? Sound off in the comments below.

Come back here often for everything happening with the Duggar family eight now. Remember to check back with us often for more Counting On news, spoilers, and updates