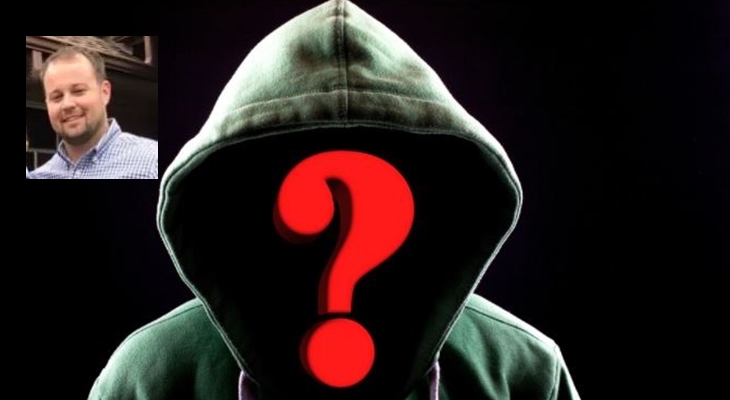 Counting On fans heard back in 2015, that Josh Duggar admitted to committing child molestation. It started when he was just 12, but the family found out when he was 15. Years later, the news emerged and TLC fans went crazy. Well, TLC pulled the plug on 19 Kids and Counting. Now that the evidentiary hearings take place ahead of his trial for alleged child pornography, fans seem desperate to know who the fifth victim was. Four of them were his sisters.

Counting On: What Did Josh Duggar’s Wife Anna Know?

Anna clearly knew about the scandal that erupted about Josh molesting his little sisters. The media carried it far and wide. Plus, you’d have to live under a rock to say you never even heard of the molestation. When it comes to his current charges of alleged possession of child pornography, fans wonder if Anna knew about that as well. Fans noticed that ahead of his arrest, she purchased a mobile home and some land. So, it looked like she prepared for a change in the family dynamics.

Counting On fans know that once the preliminary hearings and the jury selection are completed the main trial will start. It’s expected to run through to about December 3. On November 29, Jim Bob gave evidence in a hearing to decide if Jim Bob and an associate should testify about the molestation scandal. Of course, the Duggar family would prefer it remains off the record. After all, it doesn’t look all that good for Josh right now.

The legal team argues that the previous molestation case should not pertain to the current trial. After all, as People Magazine pointed out, they feel there’s only one “witness to prove Josh …digitally penetrated one of the girls’ genitals.”  Well, fans know that one of the girls is simply known as Jane Doe. Curiosity as to who it might be runs rife. However, some people think it’s wrong that fans should even consider discovering and exposing the person. 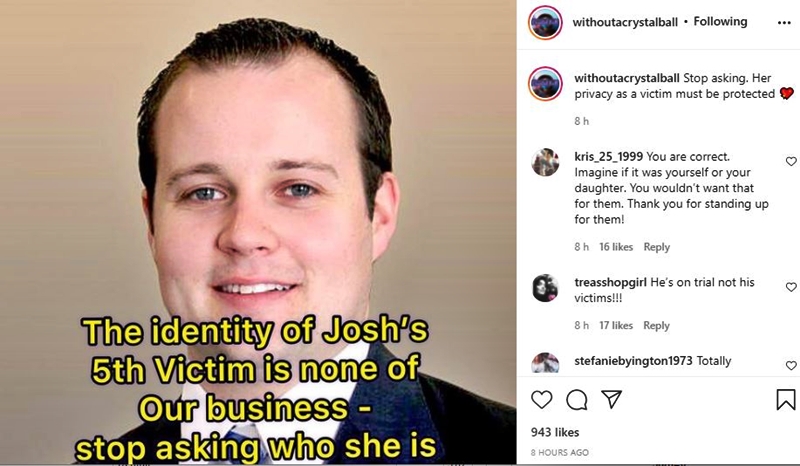 Without A Crystal Ball said on Instagram, “Stop asking. Her privacy as a victim must be protected 💖.” Actually, a lot of Counting On fans agree with Katie Joy. Not everyone agrees with her controversial posts. But, on this point, it seems that many folks take the same line.

One Counting On fan wrote, “You are correct. Imagine if it was yourself or your daughter. You wouldn’t want that for them. Thank you for standing up for them!” Then, another one posted, “🙌Yes it’s bad enough she has the memories she doesn’t need to have strangers talking about her now.” This comment also arrived: “I’ve got to admit I’m curious but you are 1000% correct, it is none of our business and her privacy must be protected. She’s had enough heartache.”

What are your thoughts about the identity of the 5th victim of Josh? Sound off in the comments below.