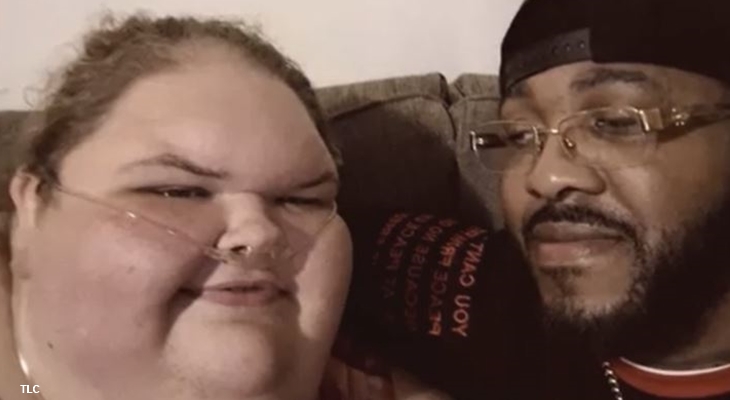 1000-LB Sisters fans know that Tammy Slaton goes for a certain type of guy. In fact, she seems to put a relationship with a boyfriend ahead of her health issues. Fans saw in Season 2 of the show that Amy Halterman seemed upset as Jerry Sykes enabled her overeating. He seemed to have a fetish for obese women. So does her new boyfriend, Phillip Redmond. So some fans wonder if TLC exploits Tammy for ratings with the fetish of her new guy.

TLC fans were pleased when Tammy and Jerry Sykes broke off their relationship. For a start, they didn’t like that he was already married. However, like Amy, they worried because he enabled her to overeat. Already terribly close to premature death, it seemed crazy that he sneaked her a sweet milkshake. Anyway, she went back to him when she went to rehab. Actually, fans seemed shocked by a Season 3 spoiler as she said, “I don’t want him back. I just wanted the d**k.”

1000-LB Sisters star Amy sounded furious about it as she explained that he’s a feeder who gets turned on by making women huge. They get some sort of sexual come-on with watching it happen. The last thing Tammy needs is a guy around who enables her with some sort of weird fetish. Well, the news emerged that she finally dumped him as Jerry refused to commit to marriage. But then, she found a new guy named Phillip with the same fetish.

A new teaser for Monday’s episode revealed that Tammy talked about Phillip, her new guy. He met up with her and she seemed shyly coy about it. However, she’s also over the moon. Well, if there’s any doubt that Phillip has a fetish for enormous women, dug around. The outlet discovered that previously, Phillip featured on Dr. Phil.  The outlet noted, “[Phillip’s] episode focused on men who loved big, beautiful women. Phillip and his twin brother Paul were featured on a segment of the episode called ‘Bickering Brothers.” 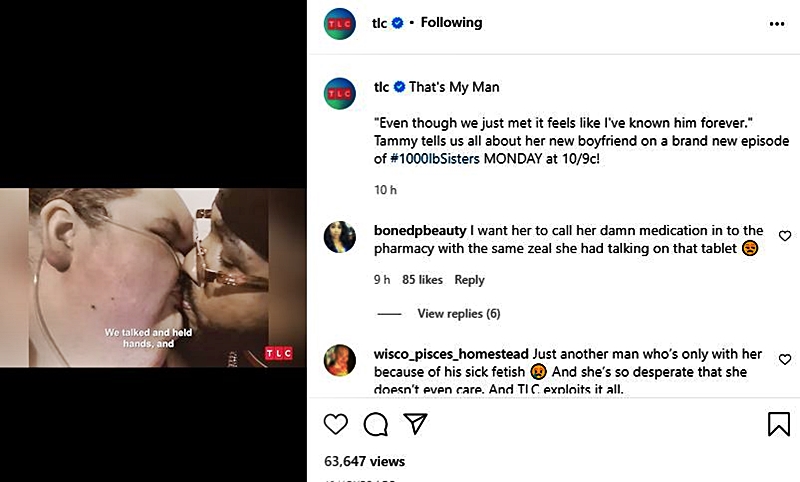 Now a 1000-LB Sisters star, Phillip’s twin brother hated his fetish for feeding and dating larger women. He felt terribly embarrassed by it. Well, Tammy’s not at all worried. In fact, she said it was “great” that he came. The teaser showed them kissing on their first date. Tammy described it as getting to “know each other.” Well, now some TLC fans are nearly as furious as Amy, but they aim their anger at the network. Fans think the outlet exploits the situation.

1000-LB Sisters fans took to the comments section of the teaser. One angry fan wrote, “Just another man who’s only with her because of his sick fetish 😢 And she’s so desperate that she doesn’t even care. And TLC exploits it all.”

Then another critic noted, “They need to pause this show until she can get herself treatment and get healthy: she looks worse. This is too sad and she is being exploited. We will wait for you Tammy. We want you healthy ❤️.”

Be sure to catch up on everything happening with the TLC show right now. Come back here often for more 1000-LB Sisters spoilers, news, and updates.