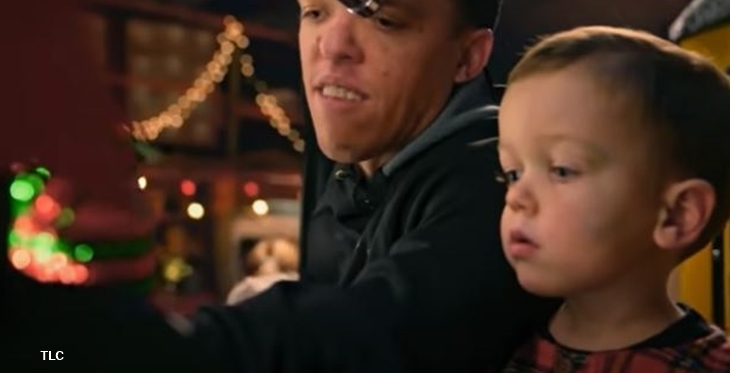 Little People, Big World fans saw in years gone by that Tori and Zach always took their son Jackson Roloff hunting for their annual Christmas tree. This year, he wore himself out as he spent the day hunting for the perfect one. Proudly, he pointed with a stick at the chosen tree. But by the time they drove home, he fell fast asleep.

When the teaser for Amy and Chris Marek”s wedding special came out, TLC fans saw that Tori’s son was a willing helper. However, by the end of the day, he became the boss and took his job seriously. The whole family removed flowers from trays and relocated them into other containers. Even Chris was impressed with him. This year, it seems like he also appointed himself the boss of the Christmas tree. At least, it didn’t look as cold as it was last year in Oregon.

Little People, Big World star Jackson Roloff fell in love with a chicken named Teeter about this time last year. Obsessed with the feathery friend, when they hunted for Christmas trees, all he could do was shout out for “Teeter!” Well, this year, his little sister wandered around doing those little imaginary acts. Instead, big brother selected the tree he wanted. Tori told her fans that it was “a Beaut!”

Jackson Roloff froze last year as it seemed like the coldest day of the year. However, this year, the weather looked a lot nicer. This year, it will be the first Christmas for the little family in Washington. If you don’t know, Tori and Zach relocated to Washington suddenly. So far, no real spoilers emerged as to why they made such a big decision. Fans feared that they might stop filming for the show, but Tori assure them that they do continue. 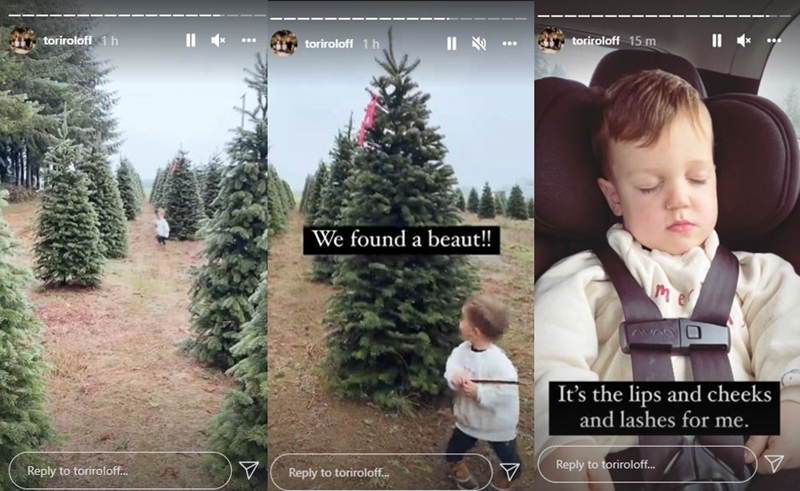 Little People, Big World fans adore Jackson, and for many of them, he makes the TLC show. For too long, so much toxicity came from Matt and Amy that it put fans off a lot. Now that the kids grow a bit bigger, fans hope for more focus on them and less about the older people on the show. Anything that Jackson and his little sister Lilah do attracts attention. Simply put, fans think they are as cute as two buttons and very entertaining children.

Little People, Big World star Jackson Roloff fell asleep on the way home. Even in that state of rest, he looked very cute. The charm of Tori and Zach’s son just never seems to wear thin with fans. No doubt, he makes a lot of people happy as they recalled the excitement of the festive season from years gone by.