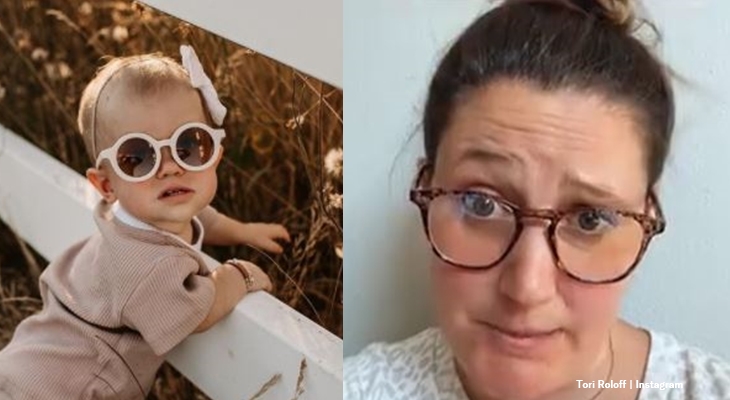 Little People, Big World (LPBW) star Tori Roloff started posting about Christmas, Jackson, and Lilah recently. She loves Christmas and it’s nice that she has her adorable kids as they tend to make the festive season special. This weekend, she shared about her Christmas stockings, Lilah, and Jackson. She also shared about Lilah who loves her snacks, and the chili dish that she hated with celery in it.

Fans like it when Tori Roloff shares about her day-to-day life on social media. The kids, Lilah and Jackson, are always welcomed by TLC fans. Plus, the ordinary things that she does as a wife and mom keep her real. Some fans don’t like that her sister-in-law, Audrey always tries to act like everything is abso-perfect with her family. The little flaws and fusses make it rather more believable.

LPBW starTori Roloff kept the kids occupied this Thanksgiving weekend. Zach and his wife took Lilah and Jackson to select their Christmas tree. Jackson loved the outing and it’s his fourth so far. So, he’s becoming good at choosing exactly the right tree. Meanwhile, Lilah tagged along being cute as usual. As Christmas nears, Tori gets excited about the festive season. Probably this year, Lilah’s old enough to get into the spirit as well.

Taking to her Instagram Stories on Sunday, Tori Roloff posted up a clip of Lilah and Jackson watching TV. Jackson might have been the boss at Amy’s wedding, but at home, his little sister loves the camera and getting the limelight. She held up her snacks and waved them around as if she struck gold. Tori noted, “Must show snacks.” Meanwhile, Jackson ignored her and sat eating quietly as he watched the screen.

While LPBW starlet, Lilah tucked into her snacks, Tori posted a photo of their fireplace, already strung with stockings. She said how much she loved the festive season. Later, she revealed what they ate for dinner. It looked good, all colorful with the reds and greens. She prepared chili for dinner. But she totally rejected the idea of putting celery in it.

LPBW star Tori Roloff discovered that celery looks good in chili but tastes yuck. So, she warned her fans. After their meal, she adapted her fans, saying, “Don’t add celery.” Then, she noted, “it’s weird in chili. Clearly, she used some “leftovers.” So, now you know. Probably, Lilah was just too happy that she filled up on snacks before dinner.