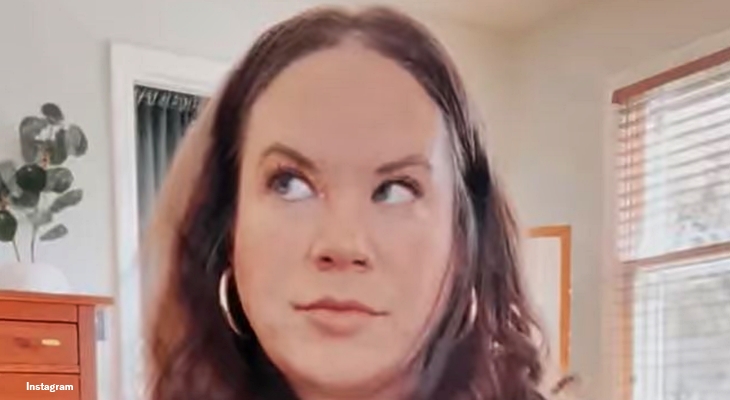 My Big Fat Fabulous Life [MBFFL] wrapped Season 9 at the end of October. Well, in early November, Whitney Way Thore didn’t hang about when came to spoilers. Back then, she hinted at another season. Now, fans think she just spoiled a 10th season of the TLC show for a second time.

The TLC star has been hunting for a man to settle down with for years. Actually, she seems to have no luck when it comes to long-term relationships. Now nearly 40 years old, she clearly worries about never finding a guy to make a life with. In fact, at  37, she worries about not having her own children. Is that what motivates her to keep chasing men?

My Big Fat Fabulous Life fans think she acts like a desperate teenager sometimes. In fact, Season 9 found a lot of critics as she pursued her French tutor. Many people detected that he clearly wasn’t half as interested as she was. As she grows older, she goes through relationship after relationship. Season 9 took fans through some of the failed ones in the past. That included revisiting Chase Severino who dumped her for another woman. However, she seems to think she still has more stories for another season.

Soon after the end of the last season, Whitney told her fans all about how she went to Paris and spent time with the faceless tutor. The show stopped short of revealing that so it was a massive spoiler. Apparently, she’s all in love and happy as a cat who got the cream. She also touted her No BS Active fitness business. Well, she also hinted at the next season by signing off with “see you next time.” 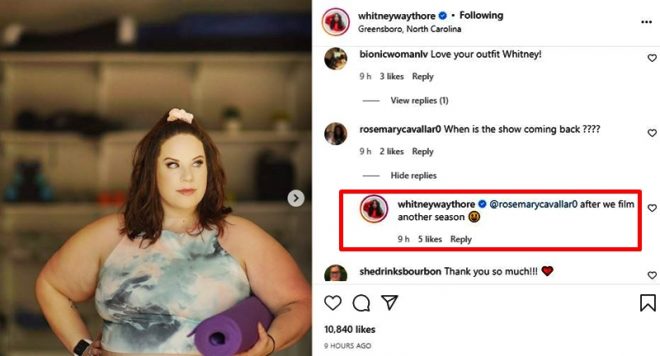 Coincidentally, the newest spoiler that hints at Season 10 of My Big Fat Fabulous Life also involved her No BS Active business. In the replies to a fan when she promoted a special for the membership, she told them the next season comes along, “after we film another season 😃.” It might sound facetious, but that’s just Whitney. It certainly indicates that she fully believes another season will definitely happen.

Do You Want To See More Of The TLC Show?

Many My Big Fat Fabulous Life fans complain that Whitney deviated from a show that brings a positive image for larger women. In fact, they think it just became a desperate manhunt for some male she can breed with. What do you think about that? Would you like to see Season 10 of the show happen? Sound off in the comments below.

Be sure to catch up on everything happening with TLC’s MBFFL right now. Come back here often for more My Big Fat Fabulous Life spoilers, news, and updates.