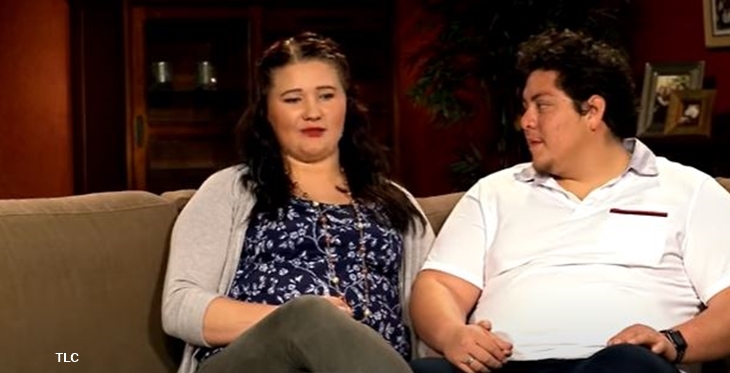 Sister Wives fans seldom see much of Tony Padron. Actually, he hasn’t appeared in the TLC show since forever. At one stage, fans thought it was because of his job as a banker. However, he now works for himself, but he still didn’t return to the show. Even Mykelti keeps him rather private, However, this Thanksgiving she shared a rare photo of him on social media.

Sister Wives Star Mykelti Padron Is Quite Active On Instagram

TLC fans still see a lot of Mykleti Brown Padron on Instagram. Unlike her sister Asypn, her account is not private. Interest in her rose to new heights when she expected her first baby, Avalon. Additionally, she recently followed her mom, Christine Brown over to Cameo. Plus, she often communicates on Facebook with her fans. However, she last shared a photo of her husband, Tony five months ago.

Christine Brown from Sister Wives steals most of the interest by TLC fans this year. She separated from Kody Brown and moved to Utah. In fact, currently, fans see something of that play out on Season 16 of the show. These days, Christine lives around the corner from Aspyn. She also gets to see Mykleti and baby Avalon who live in Lehi. However, neither Christine nor Mykelti post much about Tony. Perhaps he just likes to stay out of the glare of social media.

Taking to her Instagram on Thanksgiving, Mykeli shared a photo of Tony with their daughter, Avalon. Nicely, she wrote, “HAPPY THANKSGIVING FROM MY AMAZING FAMILY TO YOURS. So extremely thankful for these two loves of my life.” Then, she indicated that she is happily married by using the hashtags, “#happymarriage” and “#5years.” 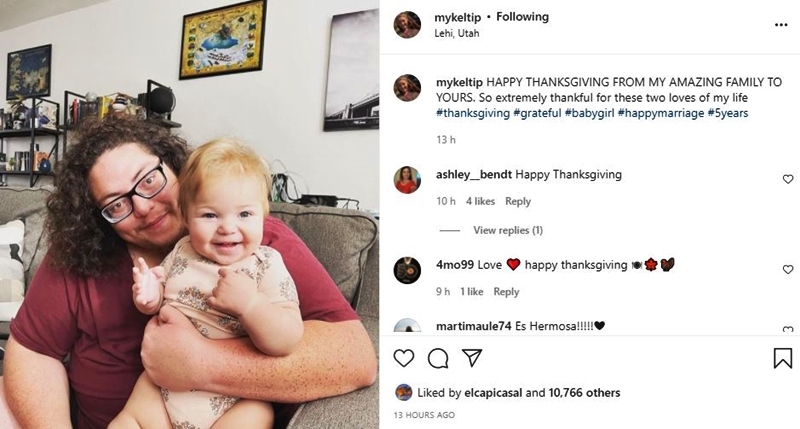 Sister Wives fans reacted to the post and here’s a sample of what they said:

She is just the perfect blend of you and him❤️.

Happy Thanksgiving to you and your amazing husband ❤️.

She’s so cute. I think she looks like her dad!!! Happy thanksgiving 🦃🍁.

omigosh she is just the cutest combo of both of you! Tony looks so happy too!

With mommy she looks like Daddys twin…..with Daddy, I see mommy in her. Lol. ❤️. Toooooo cute. Happy Thanksgiving.”

Will The Couple Return To The Show?

Sister Wives fans often hope that Mykelti and Tony Padron might return to the TLC show. However, at the moment, fans can’t even tell if it will be renewed. A lot of folks think that now Christine Brown left Kody, that might mean the end of the series altogether.

90 Day Fiance Star Mother Debbie Celebrates A Birthday – How Old is She?