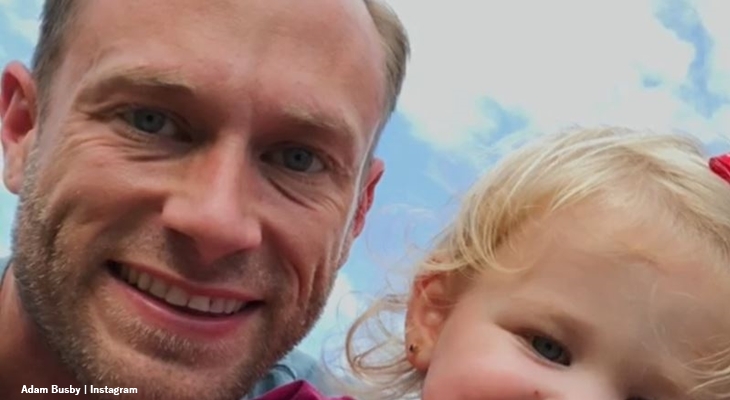 OutDaughtered fans often see photos and videos by Adam Busby on his social media. In fact in-between seasons, the star makes his own videos for YouTube. Some of them are really good, fans agree. Well, this week, he shared that after church, he and the quints went to the park for a photo session.

When the quints arrived, TLC fans saw that Adam seemed down in the dumps. Well, it turned out that it wasn’t the idea of five quints and another daughter that worried him. Rather, it was the knowledge that six hungry mouths to feed would really bite into his earnings. Of course, those days are long in the past now.  In fact, he actually makes a really good income and works hard. Adma and Danielle run about seven businesses.

All the OutDaughtered kids seem very creative and Danielle keeps them occupied with crafts, However, Blayke is very talented as well. At least in the area of dance. Meanwhile, Riley becomes quite a good photographer like her dad. Fans love it when quints film themselves for It’s A Buzz World on YouTube, Now, they posed for him in the park, and Adam can’t get over how they seem all grown up all of a sudden.

OutDaughtered Photo Session In The Park

Adam took to his Instagram on November 29 and shared about the photo session he had with the quints. They came straight from church. The first post came with the caption, “Impromptu photo sesh with daddy after church today.” Actually, Danielle was also there and she quipped, “And mommy 😂🤪.” Then she added, “Love random photos sesh days! So cute.” Later Adam shared another photo and talked about the grown up kids.

The OutDaughtered dad wrote, “One more from yesterday. The Quints look so grown up in their mom jeans. ha!” Well, they certainly own some nice jeans, and they are fashionably ripped.

OutDaughtered fans took to the comments and many of them said how cute the kids are. One of them said they are totally “adorable.” The another one said how much they like the ripped jeans.  Actually, a lot of them hope that the seasons continue indefinitely.

They would like to see the quints grow up and go to college, or see them start dating. Adam probably fears that day the most though, However, it’s not completely impossible. The Little People, Big World star Zach still stars on Matt Roloff’s show. Fans saw him as young kid at school.

Be sure to catch up on everything happening with the Busby family on TLC right now. Come back here often for more OutDaughtered spoilers, news, and updates.