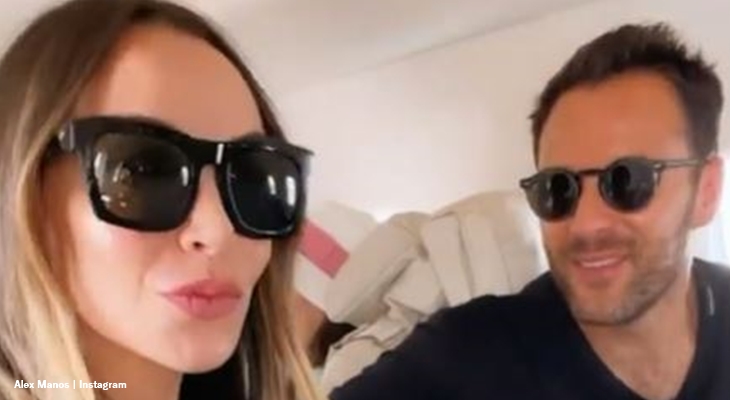 Real House Wives Of Beverly Hills [ RHOBH] fabs heard some sad news in the middle of November, so now that happy news comes along, it’s time for joy. Kyle Richards sounded thrilled to announce that her daughter Farrah Aldjufrie just got engaged. Actually, her colleagues also cheered the news on Instagram.

2021 hasn’t been kind to all the Bravo stars. Fans heard that Lisa Rinna’s mom had a stroke and then she told fans that Lois passed away. Her daughter, Amelia Gray seemed devastated by the news. So, it was a sad Thanksgiving for the family. Earlier, fans heard that Dorit Kemsley got robbed by three intruders. Actually, she survived but it must have been a terrifying time.

Real House Wives Of Beverly Hills fans did hear some good news though. Alum Lisa Vanderpump revealed that her daughter, Pandora welcomed her first baby. It tickled Lisa pink, literally, that she’s now a grandma. She told her fans that she’ll be known as “Nanny Pinkie” to her new grandson. Now the news arrives that Kyle Richards’ daughter Farrah just became engaged to Alex Manos.

Page Six reported that Farrah and Alex Manos announced their engagement first. Farrah posted up a lot of photos of them together, and they both looked very happy. The outlet noted that Farrah Aldjufrie wrote, “Beyond grateful for you I love you so much @mralexmanos

Real House Wives Of Beverly Hills star, Kyle also posted up about it on her Instagram. She said, “My baby @farrahbritt is getting married! We love Alex so much and couldn’t be happier!! Congratulations Farrah & Alex 🙏❤️ 💍👰🏻‍♀️.” Happily, her Bravo colleagues commented on the post. Garcelle wrote in emojis, “👏🏽👏🏽👏🏽👏🏽❤️❤️.” Then, Kim Zolciak-Biermann noted, “Congratations!!!! (sic). Our babies are growing up way [too] fast!! 🙈” Well, Farah is actually 33 now, so, she’s definitely only her mom’s “baby.”

Other People React To The Engagement News

Bravo fans also had their say. One of them posted, “She is beautiful just like her mama, congratulations to the happy couple❤️.” Then, another happy fan penned, “Love us a good Alex 😇 Congrats to you all so exciting!! 🍾🥂.”

Be sure to catch up on everything happening with the cast of Bravo’s RHOBH right now. Come back here often for more Real House Wives Of Beverly Hills spoilers, news, and updates.