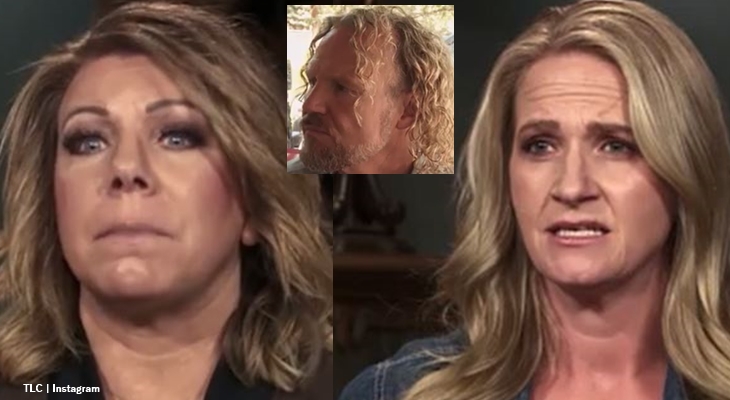 Sister Wives Season 16 spoilers already came out that Christine Brown moved back to Utah. There, she declared herself single. However, in a new teaser, Kody Brown would have been okay with them remaining spiritually married despite that. He also talked about the other wives, and Meri ended up getting slammed for it on Instagram. Actually, Kody seems to not care if she goes to another state, but he wants Janelle and Robyn around.

These days, Christine lives near her daughter Aspyn in Salt Lake City. There, she enjoys an uncomplicated single life. She told her fans that after 27 years of “marriage” she obviously suffered some heartbreak. After all, Kody’s the dad of her six kids. It’s hard to erase history in a few minutes. Still, she seems to be happy with her decision to get out of the polygamous situation.

Sister Wives fans saw in Season 16 that so far, Robyn seems to be very much the decision-maker with family affairs. That’s despite Kody claiming none of the wives is the boss. Actually, he seems very sweet and tender with her. Even when she melts down he doesn’t get irritated. However, with Meri and Christine, it’s a very different story. Talking about if Kody would allow wives to live in different states, Robyn said that she’d rather follow him anywhere. Clearly, she’s his top favorite. Meri, not so.

In the teaser that TLC shared on Instagram, Kody talked about the wives. Actually, he didn’t mind if Christine moved away to Utah. He said that he knows people who live a polygamous life with wives who do just that. Perhaps he never expected that she would dump him altogether. Meri didn’t approve of that though. She’s all about the family in the polygamous marriage. Christine also gave remaining married and living in another state a thumbs down, as did Janelle. 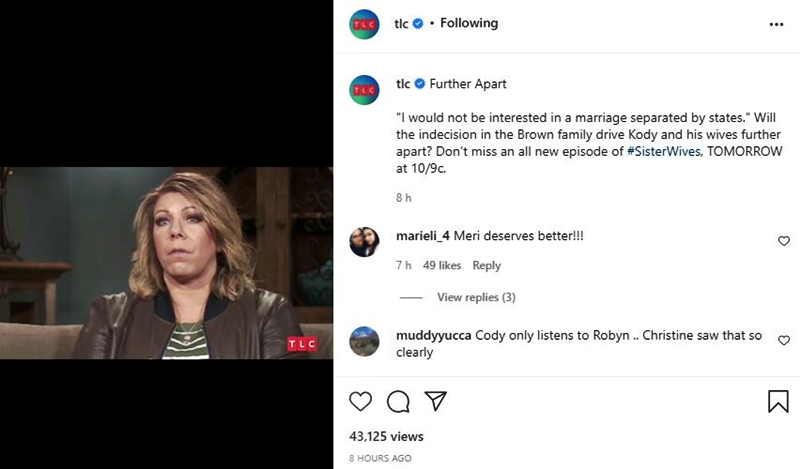 Kody revealed on Sister Wives that he has no issue if Meri lives at her BNB in Parowan and if Christine lives in Utah. However, he likes that Janelle and Robyn seem happy in Flagstaff. Clearly, Janelle’s a friend, Robyn’s his lover, and the others are disposable. Meri’s attitude peeved fans as Kody clearly said it’s okay for her to be around but not as a wife or an interest in bed. He made it very clear he wouldn’t miss her if she goes.

Sister Wives fans commented on the teaser, mostly about Meri. One of them questioned, “What marriage???? Meri, what you have with Kody is not a marriage. Not a relationship. Nothing.”

Then another one noted, “Meri, you have no relationship so what are you even talking about? He just hinted that he doesn’t care if you or Christine live in other states. He’s happy if Janelle and Robyn stay because he really only wants robyn who will hang on with her teeth if need be .and Janelle doesn’t want him around much which frees him up for Robyn

Be sure to catch up on everything happening with the TLC cast right now. Come back here often for more Sister Wives Season 16 spoilers, news, and updates.