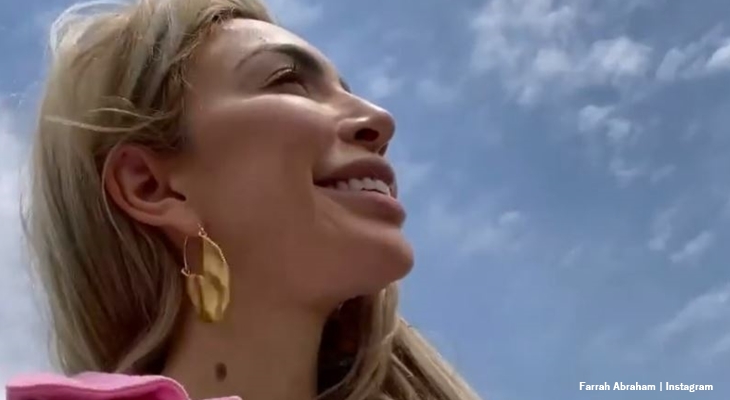 Teen Mom alum Farrah Abraham debuted in 16 & Pregnant on MTV when she was still a teenager at school. Pregnant by her late boyfriend Derek, fans saw her mom was very disapproving. Well, in later years, armies of fans disapproved of her after MTV fired her for working in the adult entertainment industry. Recently, she appeared in the Reunion for Teem Mom OG, so she is getting a lot of interest. Slammed left, right, and center, critics even slapped at her when she promoted something good.

Teen Mom Alum Farrah Abraham Gets Slammed All The Time

Loyal fans think it is kind of sad in a way that critics hate on Farrah so much. After all, her baby daddy died while she was pregnant with their daughter Sophia. In her defense, she detailed in her book, My Teenage Dream Ended about her drug use. At least these days, she cleaned up her act. Plus, she constantly keeps the memory of Sophia’s dad alive in her daughter’s mind.

Teen Mom fans know that in fact, Farrah Abraham lets Sophia spend time with Derek’s family. However, critics started slamming her for everything under the sun when she was fired for being a sex worker. For many people, it seems very quaint these days that folks slam and shame people in the industry. Funnily enough, few folks slam TLC star Larissa Lima who openly travels the road to stardom in the same field. In her case, she doesn’t even try and look after her own kids.

Farrah Abraham’s critics hate that she allows her child, Sophia to use makeup. Mind you, other fans think there’s something a bit hypocritical about that. After all, at the age of six, the OutDaughtered quints already use makeup. Constantly slammed as a bad mom, her own mom defends her from time to time. Nevertheless, like Jenelle Evans, once a bad rep is earned, it’s earned and simply won’t fade away. Not to make excuses for Farrah, past mistakes have an influence on the audience’s perceptions. 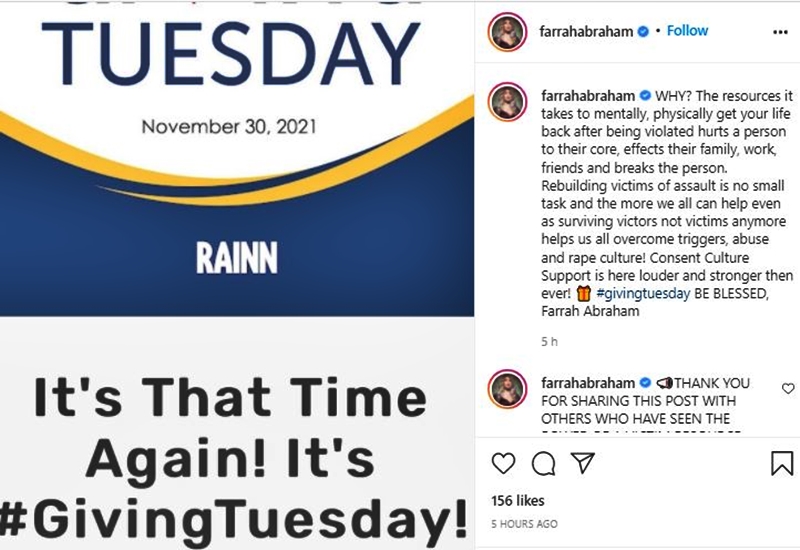 This week, the Teen Mom alum tried raising funds for RAINN. The organization helps victims of domestic abuse and worse. She told fans on Instagram, “The resources it takes to mentally, physically get your life back after being violated hurts a person to their core, affects their family, work, friends and breaks the person.” So, she asked for folks to donate to a good cause. But critics slammed her for it.

Critics Slap At The TV Star And Author

Teen Mom critics really hammered at Farrah Abraham. One of them said, “aren’t you like a New York Times Best Selling Author, media mogul, in law school, getting your doctorate, running for Congress, passing laws, a huge celebrity, model, fashion icon, fitness influencer, superstar, business professional and role model for women’s rights and so much more? Why can’t you give the money yourself?

Once again, that’s certainly not the sort of thing that many folks would say to any other famous reality TV star. Many of them call for the support of fans when it comes to fundraising for such causes. Perhaps, trolling Farrah has simply become the clever thing to do amongst the social media crowd.