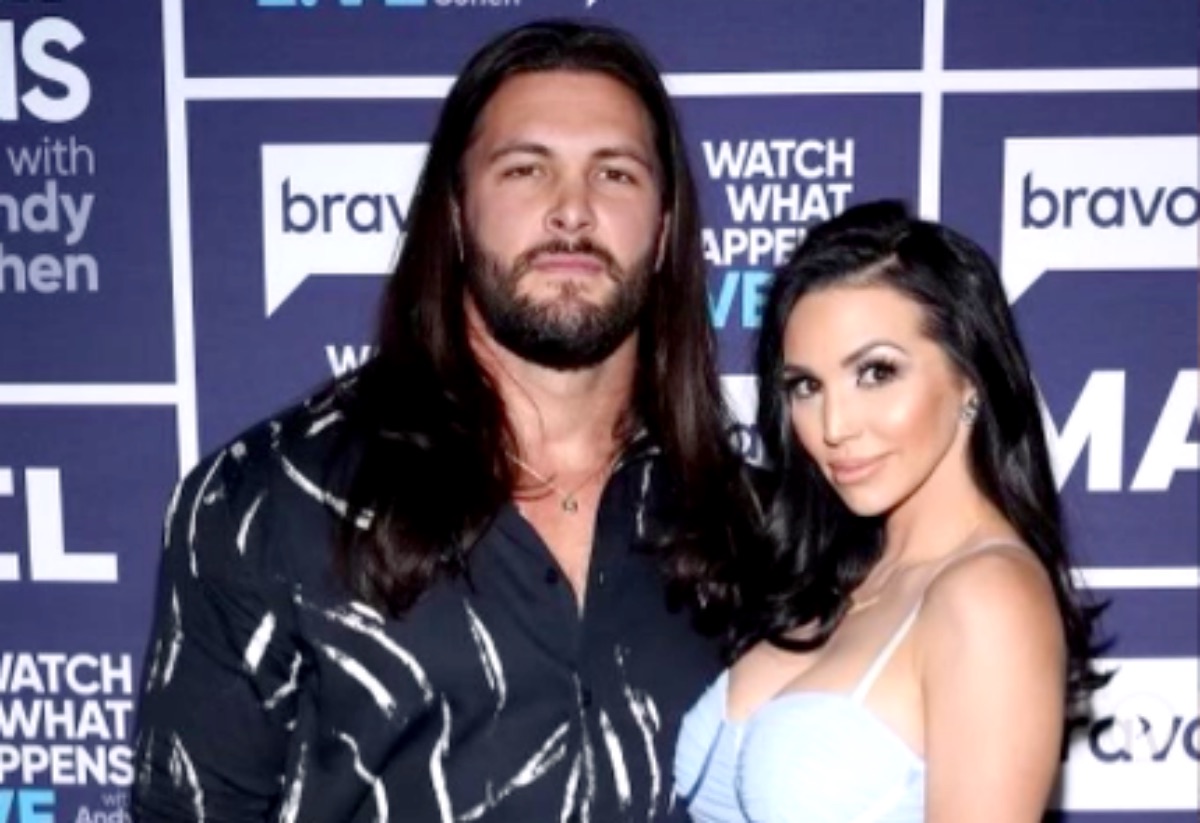 The new season of Vanderpump Rules comes along without a few controversial people, like Jax Taylor. However, that doesn’t mean there’s no drama. In fact, Episode 6 got fans hot under the collar as the cast talked about Brock Davies.  Even Lisa Vanderpump seemed a bit shocked, and not a lot rattles her.

In the premiere episode, fans saw that Lala Kent lost none of her ability to bring drama to the show despite a long hiatus. It came when Lala revealed that she and Scheana had been feuding. Fans heard that Scheana lost a baby. Feeling really down, she called Lala, who didn’t do much in the way of support and sympathy. Fans roasted her for that. Then, Episode 6 saw Lala back in the thick of controversy. 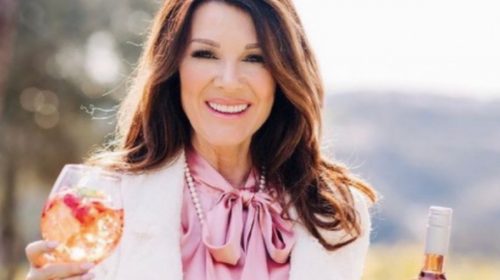 Vanderpump Rules fans saw in the show, that the cast ended up at Lisa Vanderpump’s place. There, Lala brought up the issues between Scheana and Brock, Between the scenes there and at work, Lisa engaged quite a lot with everyone. However, she really didn’t look happy when she engaged with Brock. It came about because Lala Kent would not let things go. She claimed over and over that she was very worried about Scheana as Brock had a red flag attitude.

Although they feuded, Lala tried to smooth the waters and things improved. Still, she managed to irritate Scheana as she kept bringing up the subject of Brock and his red flags. However, it led to the intervention of Lisa. Actually, it might not have been a bad thing. She had a serious conversation with Brock and he admitted that he physically hit his ex. Well, that’s always a red flag, Bravo fans agree.

The Vanderpump Rules matriarch was quite shaken by his story.  So naturally, she also started worrying about Scheana. Mind you, Brock seemed honest and candid and explained the situation with his kids as well. Fans didn’t like what they heard about his domestic violence. After all, that sort of thing won’t go ignored by those who follow the show. However, not all of the critics went after Brock. Lala Kent also took some heat. 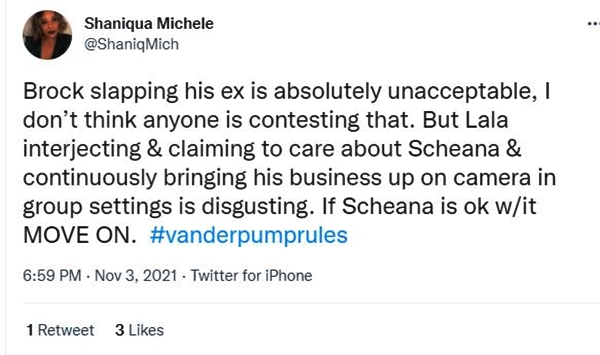 One Twitter fan who also became irritated with Lala commented, “Brock has been nothing but open and honest with the situation with his kids. I don’t understand why Lala keeps digging an digging, (sic). Leave them alone. “

As one Vanderpump Rules fan noted, “Ok I am not one to judge a person on one of the worst things they have done, but Brock hasn’t talked once about going to anger management or getting therapy after slapping his ex which would make me believe he has changed much more.”

Another follower wrote, “I’m disgusted by the fact that everyone is glossing over the fact that Brock physically abused his ex. And I don’t feel sorry for @scheana.” They feel that
“women who knowingly choose men who previously abused their ex are just as disgusting and enabling.”

Be sure to catch up on everything happening with Bravo right now. Come back here often for more Vanderpump Rules spoilers, news, and updates.