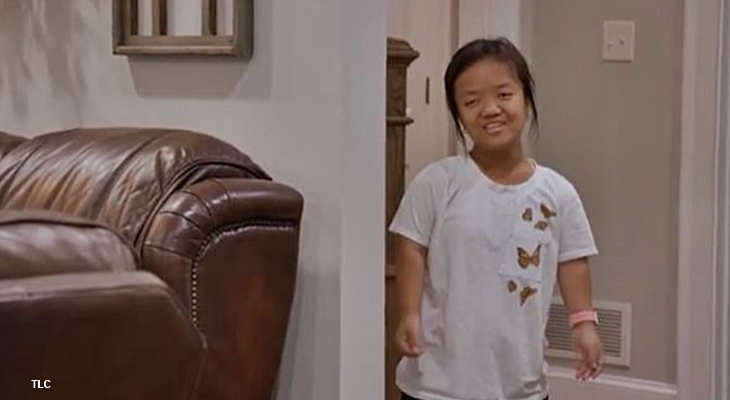 7 Little Johnstons spoilers about Season 10 revealed that Trent and Amber find life quite boring with the older kids out of the house. So, they find inventive ways to keep themselves amused. Well, their daughter, Emma seemed to think they lost their minds when they dressed up for an act on TikTok.

Season 8 and 9 left fans a bit upset with Trent and Amber. In season 8, they tried spicing up their life with costumes and cosplay. Many folks thought it was just too ridiculous for a family show. Then, at the end of the season, they saw that Trent and Amber told their son Jonah to move out of the house, In Season 9, they saw Anna crying a lot and fighting with her mom as she also wanted to leave. Fans grew irritated as Amber seemed very harsh with Anna. So, news of a new season was met with mixed responses.

Season 10 spoilers for 7 Little Johnstons revealed that Trent retired from his job. Actually,  they both sounded a bit bored with the older kids out of the house. Anna left home and only Emma and Alex remain at home. Trent got a new job in car sales, just like Jonah, but they still seem bored. So, in a teaser for the show, TLC reminded fans that they took to TikTok. Well, in the clip, Emma seemed unimpressed with her parent’s efforts.

In the caption for the clip on Instagram,  TLC wrote, “If you haven’t seen the Johnston family TikToks yet, this week’s episode of #7LittleJohnstons will convince you!! 🤣” Well it showed Trent and Amber talking about how quiet the house is without the big kids at home.  Meanwhile, Emma and Alex spend most of their time “upstairs.” Then, they opened a box with costumes and spent ages trying t fit into them. Finally, they called Emma down to film them dancing. Well, she seemed blown away and wondered what one earth her parents were up to.

Actually, the 7 Little Johnstons teen gave her mom and dad that age-old look teens probably gave their moms and dads since humankind first stood upright. Actually, it looked like she thought they’d lost their minds. She said, “like what are they doing????” Well, she soon found out when the lights went off and they danced. So, she recorded their very own light show.

Unfortunately, 7 Little Johnstons fans didn’t rave about the TikTok. One fan who sounded nearly as bored as Trent and Amber wrote, “Those Tic Tac Skits Are Really Dumb, Waste Of TV Time.” Then another fan said, “They give me Anxiety!!” Well, a few nice comments came in. One fan said it was the “best TikTok ever.” Then someone else said they looked “cute.”

Be sure to catch up on everything happening with the TLC cast right now. Come back here often for more 7 Little Johnstons Season 10 spoilers, news, and updates.