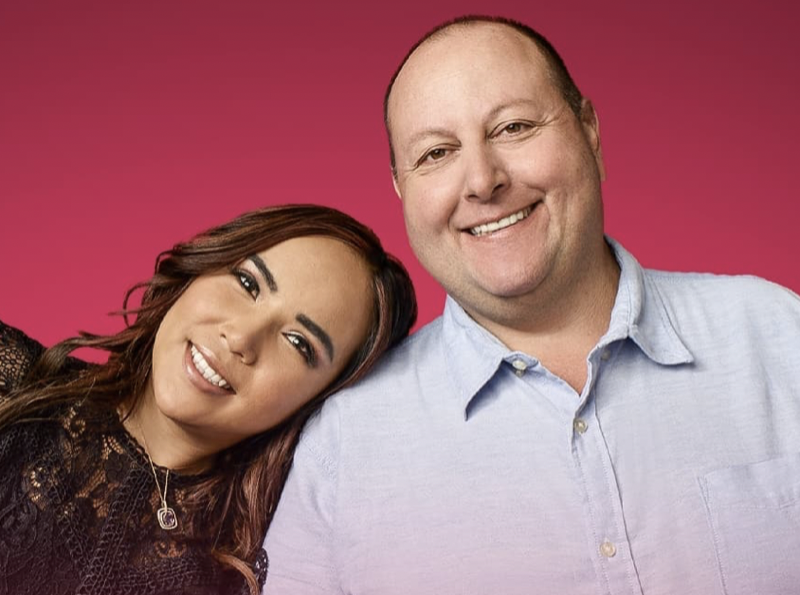 90 Day Fiance fans initially doubted that Annie and David Toborowsky would make a go if it. They saw in Season 5, that the couple, met in Thailand, but a lot of problems went their way when they headed back to the USA. Well, they became super popular, and now they soon appear in the spinoff, After The 90 Days.

Some couples make a serious impact during their time on the show. Larissa Lima comes to mind, as she still accumulates fans long after TLC fired her. Actually, she married and then divorced Colt Johnson who’s mom could stand her. Like Larissa, Mother Debbie also remains hugely popular. Probably more popular than Colt, actually. In fact, fans cheered when they heard that she appears in Season 2 of The Single Life.

90 Day Fiance keeps on bringing in people that fans love to hate, For example, in the new season of Before the 90 Days, fans already decided they don’t like Ella much. They already slam her as having an Asian fetish. Still, David and Annie Toborowsky are prime examples as to how that initial reaction might change over time. David wasn’t all that popular when fans first saw him in Thailand pursuing much younger Annie. But that changed.

90 Day Fiance Star David Promotes His Spinoff, After The 90 Days

Taking to Instagram this week, David and Annie both shared a reminder that fans can watch them in their new spinoff. It premieres on Monday, January 10, 2022, at 9 pm Eastern Time. When TLC fans heard that Loren & Alexei Brovarnik also got a spinoff on After The 90 Days, they were extremely happy, according to Celeb Baby Laundry. Well, fans seemed equally happy about  Annie and David. 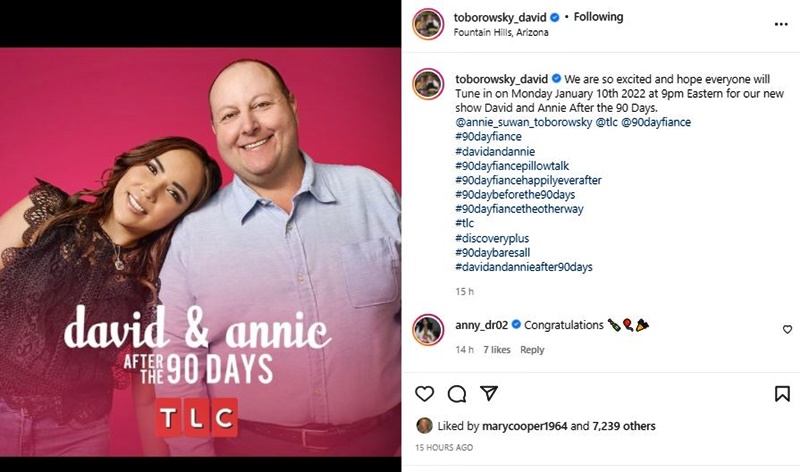 90 Day Fiance fans and colleagues took to the comments section. Here’s a small sample of what some of them said:

Heck yea! My favorite couple ❤️❤️❤️ you guys are so down to earth and sweet.”

90 Day Fiance fans didn’t always rave about the couple. The List reminds fans that David took a lot of heat for his poor financial status. Recall, he borrowed money from a friend to pay for his dowry. Later fans saw that he took her to live in a borrowed apartment that seemed pretty disgusting. However they appeared on Pillow Talk, and that made people realise that they really did work out for the best.