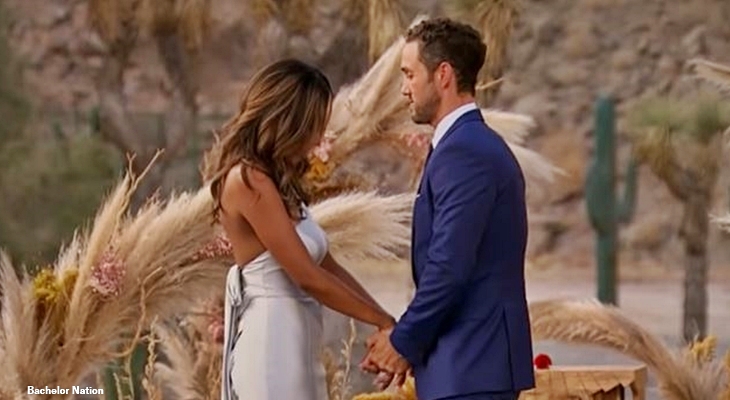 Bachelorette star Tayshia Adams ended things between her and Zac Clark in November. Since then, she went very quiet on social media. It seems she’s not ready to discuss the split with fans in great detail. Mind you, she did touch on it at the Men Tell-All. However, she emerged on Instagram this weekend. Her first post since the split arrived on Friday, December 3. It came shortly before the news that her contestant, Ivan Hall’s brother Gabriel was arrested for murder.

Zac and Tayshia had something special. But it came to an end and rumor suggests that he became jealous and controlling. Well, in the past, the leads who loved and lost, like Hannah Brown and Pilot Peter reached out to rejected contestants. Perhaps, fans won’t see Tayshia reach out to Ivan Hall, who she slotted into 3rd place. After all, the same weekend that she reappeared on social media, the news broke about his brother Gabriel.

Bachelorette fans saw him on the show, and Ivan said that he often ran into trouble with the law. Well, he’s behind bars on charges of murder in Texas. Perhaps, the fact that Tayshia Adams returned to social media helps to take the bad taste away from the mouths of ABC fans. Life and Style originally broke the news about the split from Zac. Now, the outlet reported about her first social media post since the split.

Tayshia Adams didn’t say anything in her post that came in her Stories, other than mentioning “Happy Friday, Friends.” Life and Style reported that she posted a “selfie of herself inside the New York City Pilates studio, SLT, for Strengthen, Lengthen, Tone. Tayshia threw a “peace” sign with her fingers as she knelt on a machine.”  As you can see below, she has been looking after her health following the split from Zac. 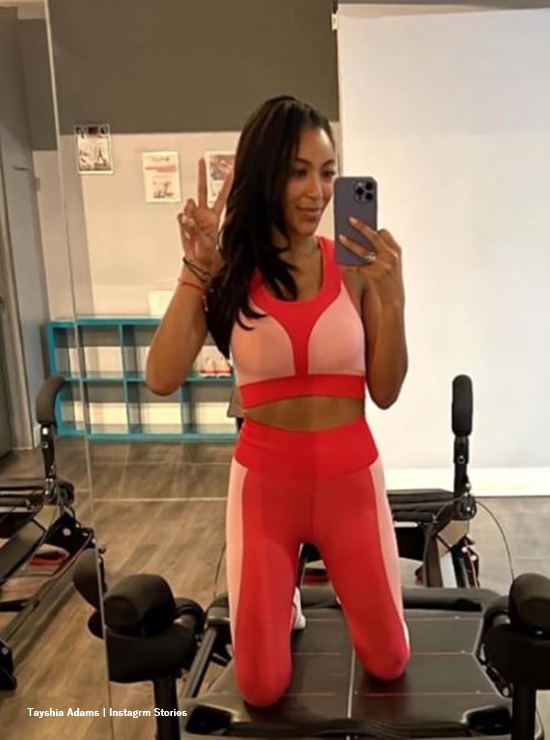 The Bachelorette star told the Men Tell-All, that she was “heartbroken” when she split from Zach. So, for now, she’s probably not that interested in dating anyone else. Hollywood Hiccups reported that Michelle Young’s contestant JoMarri Gable slid into her DMs. However, he still awaits an answer from her. Possibly, his timing was way off.

Bachelorette fans seem to respect Tayshia Adams’ privacy right now. But that doesn’t stop them from speculating about her. Actually, a lot of them hope that the split from Zac might see her return as a lead on the ABC show for a second time. What are your thoughts? Sound off in the comments below.

Be sure to catch up on everything happening with the SBC franchise right now. Come back here often for more Bachelorette spoilers, news, and updates.