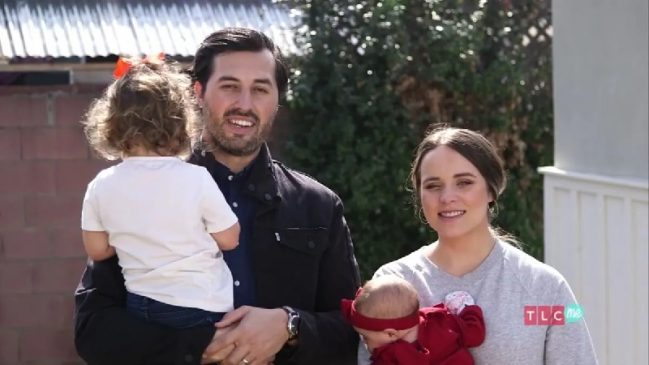 The Duggars spoilers reveal that fans are very concerned about Jinger Duggar’s daughter, Evangeline Vuolo. The concerns came when Jinger posted a picture of her small daughter and it really had fans worried.

Jinger and her husband, Jeremy Vuolo, rarely share photos of their small children for personal reasons and after fans saw this picture, they were not sure what kind of health she is in now.

Counting On: Is Evangeline Duggar Sick?

The holiday festivities were part of the Instagram posts from the Vuolos and they wanted to share more with their fans. The Instagram Story that Jinger posted was of Evangeline with Jeremy. They were having a very sweet moment and he was holding her close. As much as Jinger just wanted to share the love in the post, some of their fans got very upset and started to talk about how small she is. 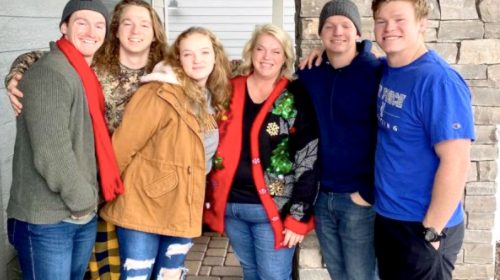 Evangeline is a year old and in the photo with her dad, she looks tiny! Of course, this is what really started stirring up some debate about why she is so small and if she is sick. Some of their fans said that she even looked “malnourished.”

The debate kept going among fans and some of them think that the reason that the kids are out of the spotlight is because they are sick or malnourished. Many fans think that there is something very wrong with their children and that is why they hide them. Could this be true?

There have been concerns before about Evangeline and fans just want to show that they are worried about her. When Jeremy posted pictures of her birthday, fans immediately started in on how small she looks and how it looks as if she doesn’t eat much. Evangeline may not be sick, but she could just be small for her age. We will keep an eye on Jeremy and Jinger’s social media accounts to see if we see more of these photos.