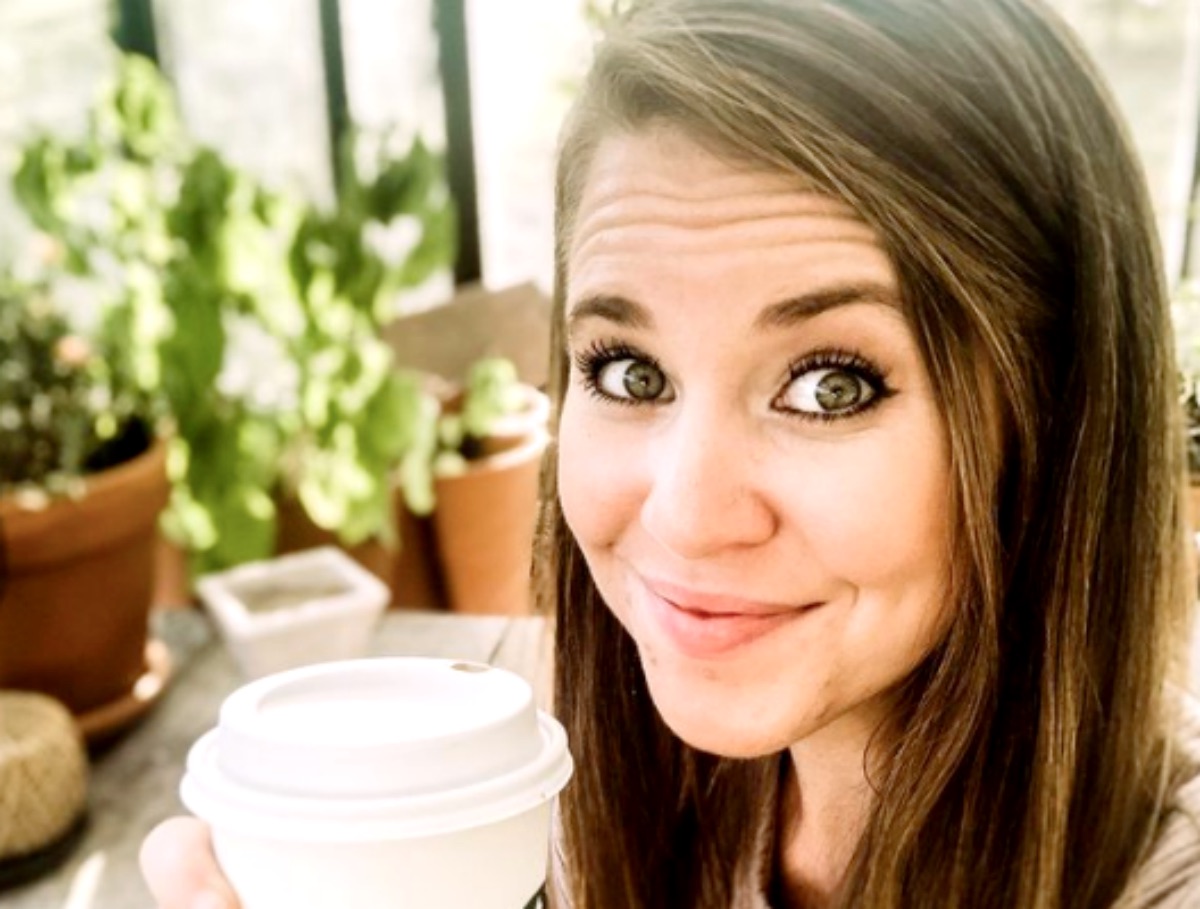 Jana Duggar is finally speaking out after remaining silent since the news broke of child endangerment charges against her stemming from a September citation. In an Instagram Story, the 19 Kids and Counting veteran lists “the raw facts” about what happened.

Continue reading and we’ll give you the full details of what she said.

31-year-old Jana Duggar took to Instagram on Tuesday to fill fans in on what really went down, writing, “I’m only sharing this because the media has been having a field day with it all.” She went on to explain that, though she prefers “a more private life” she knows her last name means that everything the Duggar family does is open to public criticism and interest, “especially during this time.”

And then, following a title “The raw facts” the Counting On alum began laying out the details that fans may have been missing on the subject, writing, “I was babysitting a few months ago when one of the children wandered outside alone. A passerby who saw the child called the police. This resulted in a written citation, as well as a follow-up with child welfare who concluded that it was an accident and the child was unharmed.”

She continued her explanation, saying, “They recognized it was a case of a child slipping out of the house when you turn your back for a moment. It all happened so quickly and was scary. I am grateful for law enforcement and those who protect and serve our community.”

And then, as if addressing fans’ wild speculation in the absence of facts the reality TV star clarified, “I was certainly never arrested like some may have implied. In the end I was just upset at myself that it had happened at all, but so thankful it all ended safely and that’s truly what mattered the most to me.” 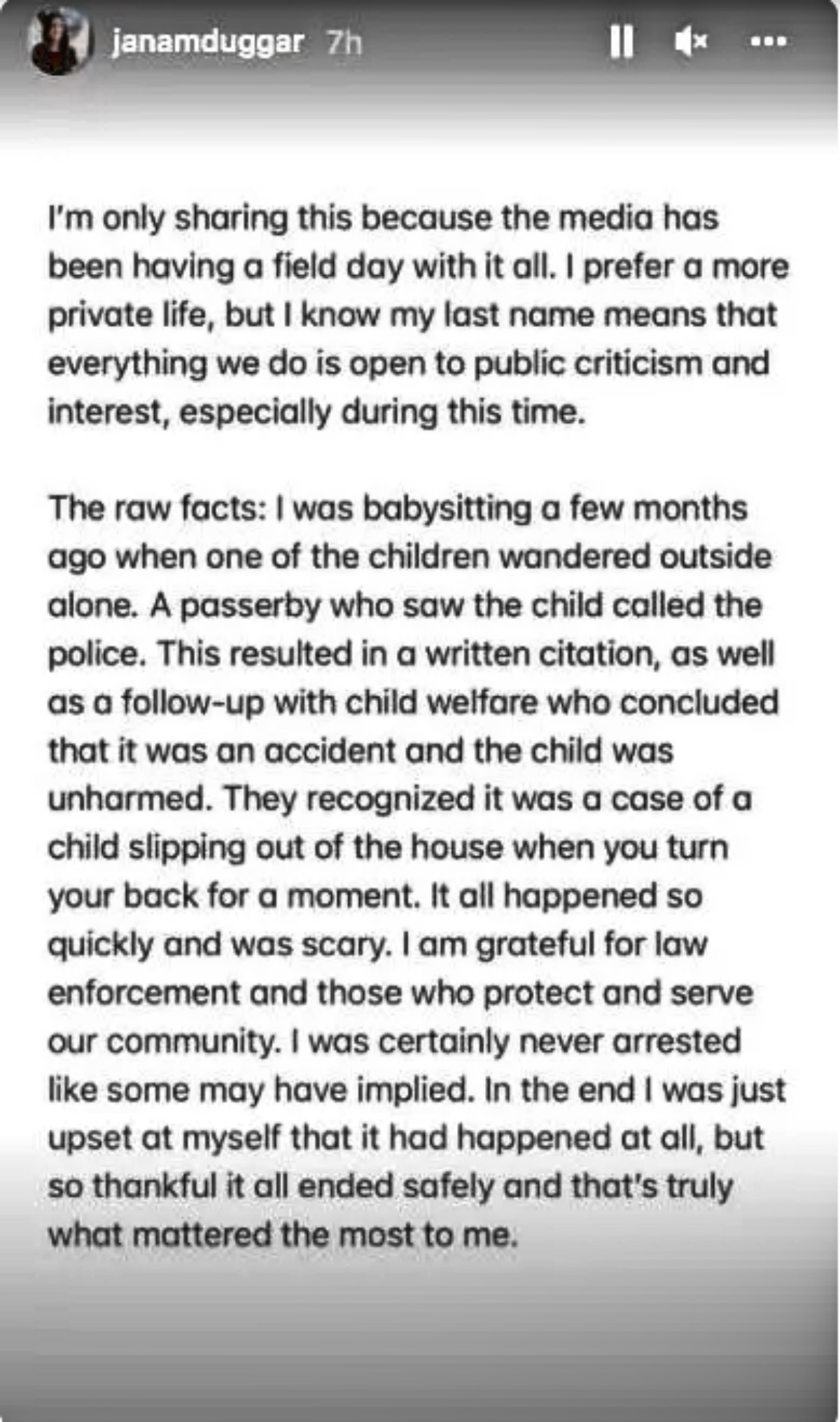 The incident happened on September 10 when the TLC star was cited for endangering the safety of a child, per Us Weekly. A court date was set for January and Jana could face, up to 90 days in jail and or fines. She has pleaded not guilty to the charges.

Per Us Weekly, shortly before the former reality TV star opened up about the issue her sister Jessa Seewald came to her defense in an Instagram Story of her own, writing, “Bottom line – it was an innocent mistake,” and adding, “she was babysitting and one of the kids slipped out the door unnoticed, but it ended safely. Could’ve happened to anyone.”

Be sure to catch up with everything Duggar and come back here often for Duggar news and updates.