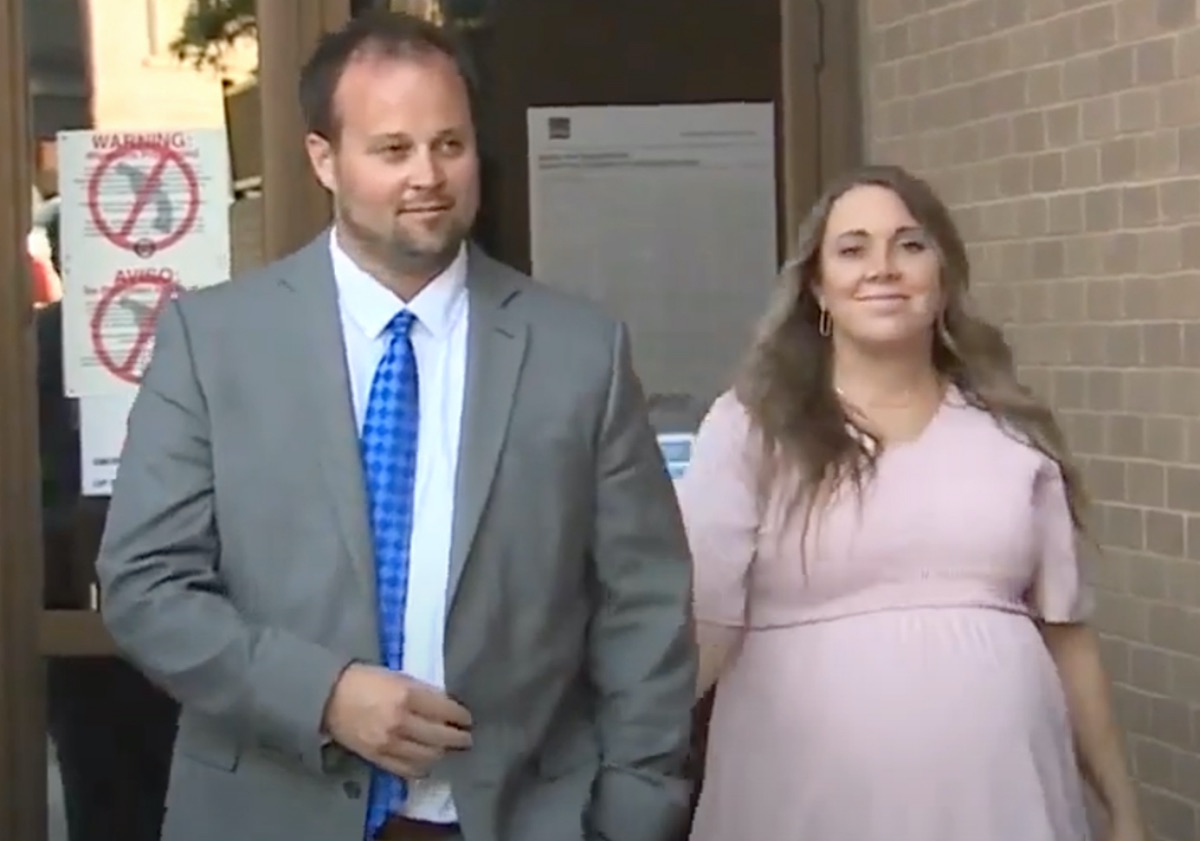 Josh Duggar faced the possibility of a lengthy jail term for charges of child pornography possession. The case lasted nearly a week, and the jury found him guilty on December 9, Now the reality of it all sinks in for his family. After the verdict, Josh was taken into custody. A video that leaked when he was booked emerged via NKWA Fox 24.

Initially, Josh seemed confident that the case would end in a not guilty verdict. Each day, he arrived at the trial holding the hand of his wife Anna. However, the case didn’t look too good for him once the prosecution started detailing their case against the 19 Kids and Counting alum. The defense tried to cloud the issue of reasonable doubt, In fact, they even argued that potentially, a hacker could have remotely accessed this work computer. Well, their tactic failed, and now Josh has been booked to await his sentencing.

During the trial, few members of the family of Josh Duggar spoke out. Apparently, they still remain under some sort of gag order because of the Counting On contracts with TLC. However. as the trial progressed, people like Duggar’s cousin, Amy King started expressing their feelings on social media. It became clear that she and her cousin Jill, along with her husband, Derick hoped for justice for the victims. Now that justice has been served, Anna faces a bleak future without her husband, the father of her seven children.

For the oldest son of Jim Bob and Michelle, the reality of potentially much of his future life must have set in really fast. Taken from the courtroom, he was searched and told to remove his shoes. Garrett Fergeson, the Assignment Manager at KNWA & FOX24 shared the video clip to Twitter where you can watch the full clip.  Of course, it soon made its way to other platforms on social media. Most people who posted the clip stated, “FAIR USE COPYRIGHT DISCLAIMER UNDER SECTION 107 OF THE COPYRIGHT ACT 1976, ALLOWANCE IS MADE FOR “FAIR USE” FOR PURPOSES.”

The video didn’t show more than that, but reportedly, he gave a grin when his mugshot was taken. Josh Duggar might, of course, feel understandably nervous, and grinning is not unusual when bad things happen. Known as the “fear grin,” Gizmodo cited “Primatologist Signe Preuschoft who studied [it in] rhesus macaques.”

The fact that Josh Duggar now sits behind bars made some people think of his wife Anna. One fan asked, “Anna are you okay? Are you okay, Anna?” Well, she certainly seemed unprepared for a guilty verdict and faithfully stood by him throughout the arrest and trial. In the comments, fans noted that they have to wait until “April” for his sentencing. The defense said in a press statement that they intend to file an appeal.

Be sure to catch up on everything happening with the TLC cast right now. Come back here often for more news and updates about Josh Duggar.

How Much Do The Alaskan Bush People Make?