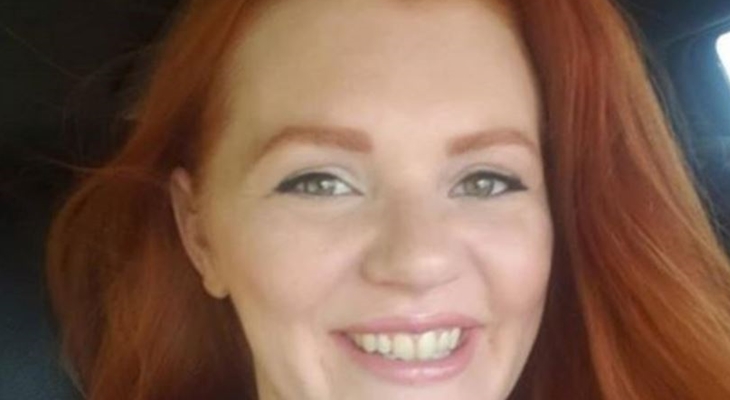 Love After Lockup and Life After Lockup fans seldom see anyone pull themselves of trouble like Brittany Santiago. That doesn’t mean that she and Marcelino lived a trouble-free life of bliss. Fans saw some drama from them, and they met her troubled bunkie, Sascha Williams. Brittany came from a hard place, but she doesn’t look back and dwell on it. Instead, she offers an inspiring message to fans about goals and the future.

Way too often, WEtv fans hear about the cast returning for more time behind bars. Sometimes, they hear tragic news, like that of Tracie Wagaman. Sadly, she died a predictable death after a long struggle with drug abuse. Then, Jeff Wombles returned to jail and the news came out about a month ago. Apparently, he broke his parole conditions. But, fans see that Brittany Santiago avoided the fate of both of those stars.

Love After Lockup fans heard in October this year, that Lindsey Downs returned to jail after violating her parole. Plus, Dylan Smith is in trouble involving guns and Xanax. Then, Destinie Folsom went back to the halfway house after violating her parole. Meanwhile, Maurice Gipson went back inside for a bit. Perhaps, they should visit Brittany Santiago’s organization, After Orange.

Love After Lockup – Don’t Look Back On The Past

Did Brittany Santiago dream about one day owning a beautiful home with her lover? Did she ever envisage that one day, she’d be a successful author? WEtv fans really enjoyed her book, One Woman’s Journey: Surviving the Streets. When she was in jail, did she already plan for her organization to help other folks who leave prison? Or, did she ever anticipate that she’d qualify in real estate and become established in that field? Probably! It takes a dream to make things happen, after all. 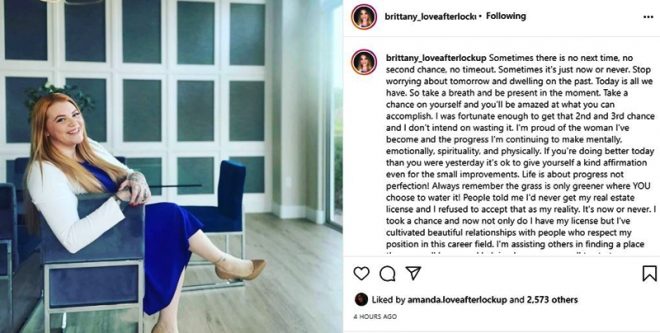 The Love After Lockup star said on her Instagram this week, “Sometimes there is no next time, no second chance, no timeout. Sometimes it’s just now or never. Stop worrying about tomorrow and dwelling on the past. Today is all we have.” Then she went on, encouraging folks to have a dream, to look forward, and “take a chance” on themselves.

Love After Lockup fans took to the comments section. One of them wrote, “I love everything about this post. I needed this today💛💛.” Then, another fan penned, “You’re right. Sometimes you come in my life (well, via instagram) with words like a gps guiding me when IDK where tf i am. ♥️”

Be sure to catch up on everything happening with WEtv right now. Come back here often for more Love After Lockup spoilers, news, and updates.