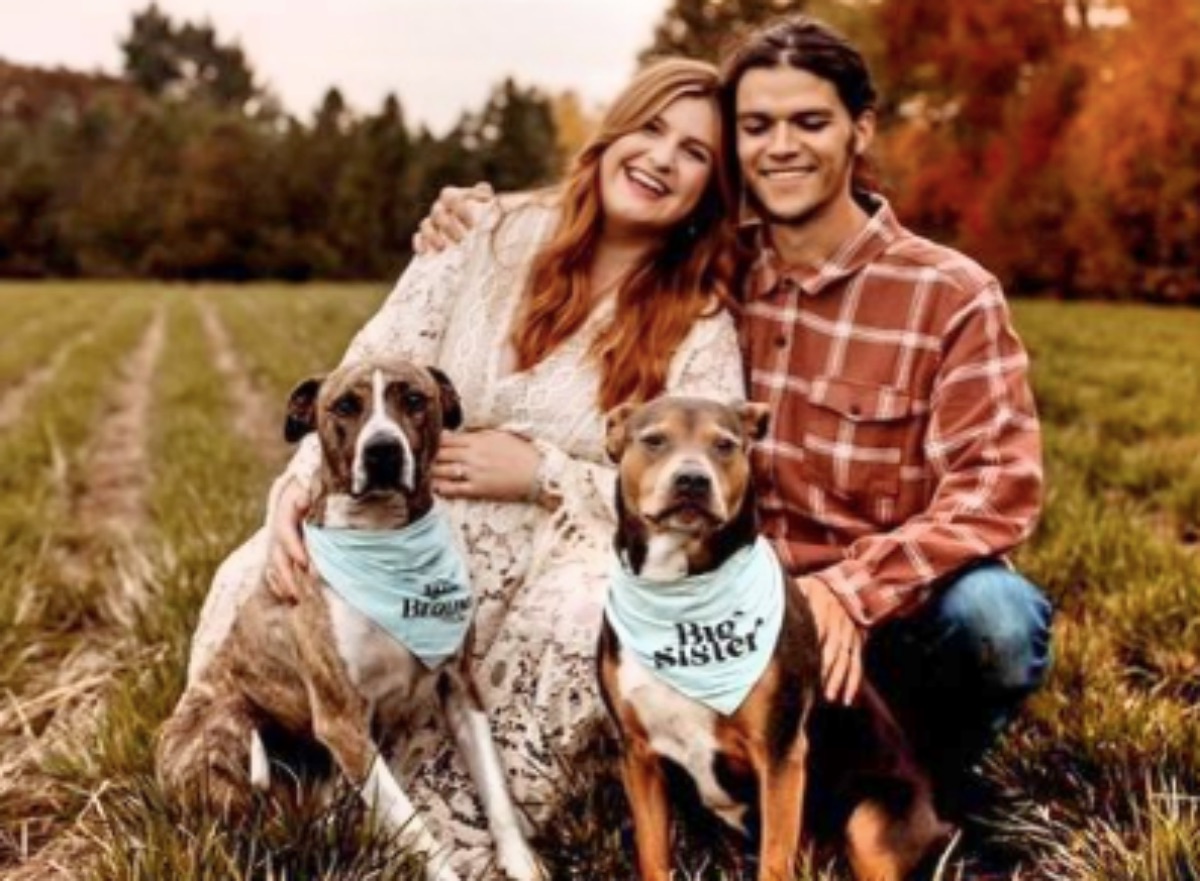 Little People, Big World (LPBW) star Jacob Roloff and his wife Isabel welcomed their son Mateo on December 4. So, far fans didn’t see any photos of the little boy’s face. However, don’t despair, that might change. Of course, not being able to see the baby, makes TLC fans wonder if, like his uncle Zach, he might be a little person. Well, Isabel laid all the questions to rest at the end of last week.

LPBW Fans Hears That Isabel Didn’t Have An Easy Birth

The first photo of baby Mateo emerged soon after Jacob and his wife took him home from the NICU. Well, some fans thought that perhaps she had a C-Section because of that. However, she confirmed she had a normal if difficult time. Actually, birth can be quite terrifying for first-time moms who hear all sorts of horror stories. Or, they read about folks who understate experiences about the pain involved.

LPBW fans only saw the hand of the new baby. In fact, they fear they might never see any other photos of him. Celeb Baby Laundry reported that Jacob went off about not sharing pictures. In fact, some people questioned his remarks as bizarre. Well, a lot of other TLC fans thought he only joked. However, Isabel did tell her fans that he never wants to invade his child’s privacy. Still, they might change their minds as time goes by.

LPBW Fans Wonder If Mateo Might Be A Little Person

Late last week, Isabel took to her Instagram Stories and talked a bit more about the birth. She said that it “was wild and traumatic.” But, she looks back on it now with “some humor.” In her post, she said the one day, she might share her birth story. Actually, fans might hope that when she does, that she’s a bit less detailed about it than Audrey Roloff was when Ember arrived. 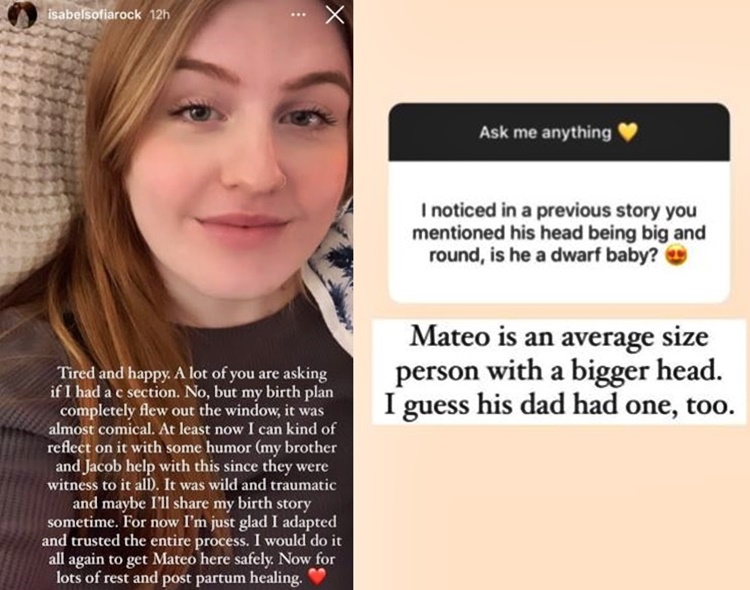 Anyway in another post, she mentioned that her baby had a large head. So a LPBW fan asked if Mateo is a little person. Well, he isn’t. He’s averaged sized and just happened to have a big head. Actually, the possibility did exist as it runs in the family.

Little People In The Roloff Family

LPBW fans know that Zach and Jeremy Roloff are twins. Zach’s a little person, as are his two children, Jackson and Lilah. Meanwhile, Jeremy raises three kids, and none of them are little people. Of course, Matt and Amy Roloff became famous as little people, when they started their long-running show on TLC.

TLC fans heard that Tori expects another baby in Spring next year. There’s about a 50 percent chance that her third child might also be born with dwarfism.