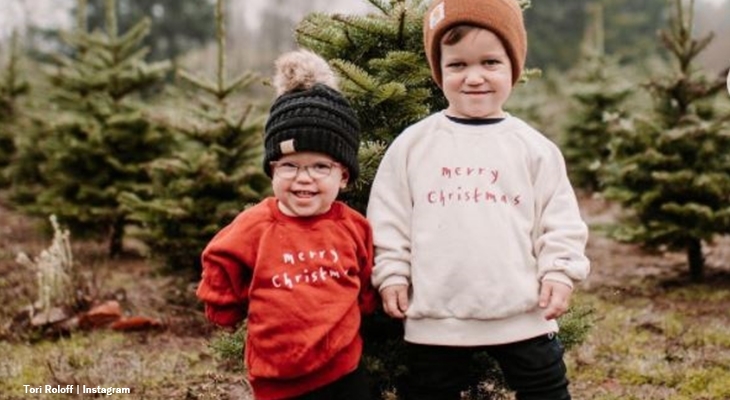 Little people, Big World (LPBW) fans saw that in the last season of the show, Jackson Roloff had very bowed legs. Actually, they wondered if they hurt him. Well, Tori and Zach took him along to a doctor. Recall, Zach Roloff since had surgery for a similar thing. But, he was older than Jackson. So, fans presumed the doctor might wait a bit. However, Jackson already went in for surgery and recovers at the moment.

In the last season of Little People, Big World, Zach and Tori discussed the possibility of Jackson’s. surgery. They noticed that his legs started bowing, so Tori wanted it sorted out before it became painful. His dad, Zach talked about his two surgeries and pointed out that he was about nine years old when he went in for the first time. Later, he went back as a young teen. That, he explained was “pretty brutal.” At the time, fans thought they might hold off on the surgery. However, it already happened this week.

This week’s been a fun and busy time for Jackson. At least, until now. Tori Roloff explained that they took the kids out to hunt for their Christmas tree. Very much the boss, Jackson enjoyed the outing. As Thanksgiving came and went, the family prepares for Christmas However, Jackson probably goes through a difficult time over the next weeks. Hopefully, it doesn’t ruin his festive season.

Tori Roloff seems to become an expert when it comes to hiding spoilers from her fans. When they moved to Washington, fans simply didn’t expect it. Now that Jackson went in for his surgery already, it took many TLC fans by surprise. Nearly 5K comments in the first hour flooded in on Tori’s Instagram post. MSM carried a story about the surgery which indicated it might happen sooner that than later. But, folks don’t like to think of the cute kid suffering. 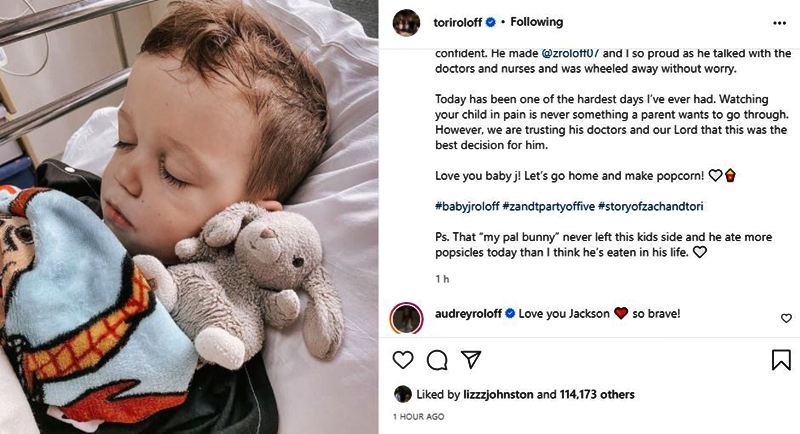 The LPBW mom wrote an emotional caption, She said, “Our sweet Jackson had surgery today to help correct the bowing in his legs.” Then she noted, “This kid time and time again blows us away. He was so brave and confident. He made @zroloff07 and I so proud as he talked with the doctors and nurses and was wheeled away without worry.” Nevertheless, it was also one of the “hardest days” of her life. Tori just wants him home safe and sound so he can “make popcorn” with her.

LPBW fans sent in thousands of prayers. Plus, some of them commented about Tori and Zach as they parent their children so well. One of them wrote, “Tori and Zach…you are raising such a incredible boy! He’s got this all under control! You are such awesome parents! ❤️ You are all in my prayers 🙏.”

Many similar comments rolled in. Caryn Chandler’s daughter Brittany wrote, “My pal bunny 😭😭 Love you J💙 thinking of you guys. hang in there mama.”

Be sure to catch up on everything happening with the cast of Little people, Big World right now. Come back here often for more LPBW spoilers, news, and updates.

Counting On Alum Anna Duggar Accompanies Josh On 1st Day Of Trial – Why?