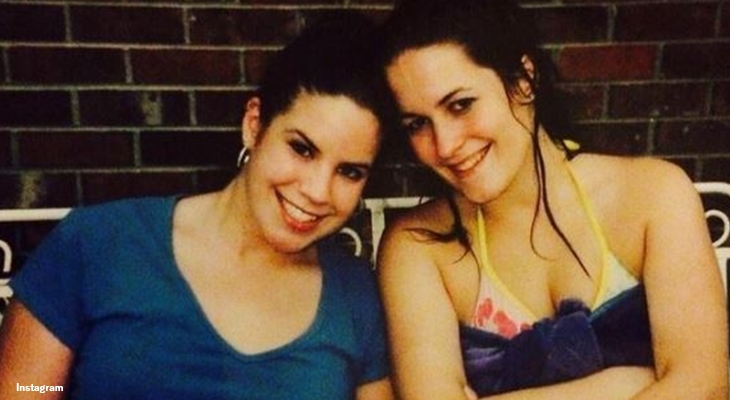 My Big Fat Fabulous Life (MBFFL) fans became used to Whitney Way Thore dancing and doing all sorts of things that promoted body positivity. A lot of the early seasons revealed her maintaining a healthy lifestyle. In fact, she literally became a brand name recognized as a positive image for larger women. However, she doesn’t do that much now. So, when fans asked her about it in a Q&A she told them her reasons why she stopped.

This weekend, Whitney took to her Instagram stories and did a couple of Q&As. Actually, she seems in good spirits, and it must be love. She claims that her French tutor worked out for her. Mind you, fans didn’t see that in the last season of the show. Well in her first Q&A she talked about how she once stole some banana bread when they arrived at the wrong address for a party. She seemed fun and bubbly and fans like that.

In her second Q&A, My Big Fat Fabulous Life star Whitney Way Thore answered a lot of questions. Some of them were quite random. But, one of interest focused on her reduced promos for a positive body image, Actually, fans noticed that it simply gets buried in the TLC show these days, Fed up, some critics complained that these days, it’s simply nothing more than a demeaning “manhunt.”

Whitney Way Thore spoke about body positivity when an Instagram fan asked her, “Are you more body positive or body neutral?” Well, it seems that right now, Whitney really isn’t much of either. Almost as though she doesn’t dwell on it anymore, she seems kinda bored with the whole thing. She pointed out that occasionally, she does push it. But fans know that’s mainly to promote her No BS Active business. Instead, she feels that just being on the show is enough. Plus, it’s a part of her “life” every day. Fans never top discussing her weight on social media, after all. 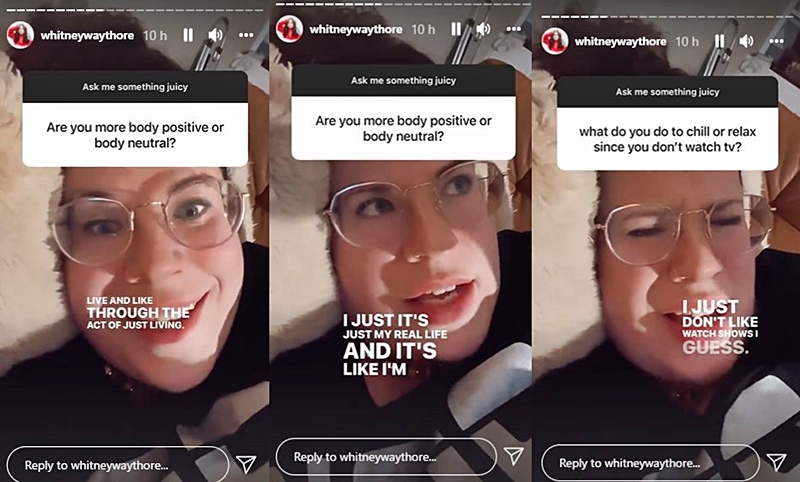 My Big Fat Fabulous Life star Whitney Way Thore mentioned, by the way, that of all the relationships she’s been in, probably the “current one” makes her feel the best. So, there lies a spoiler for another potential season of the show.