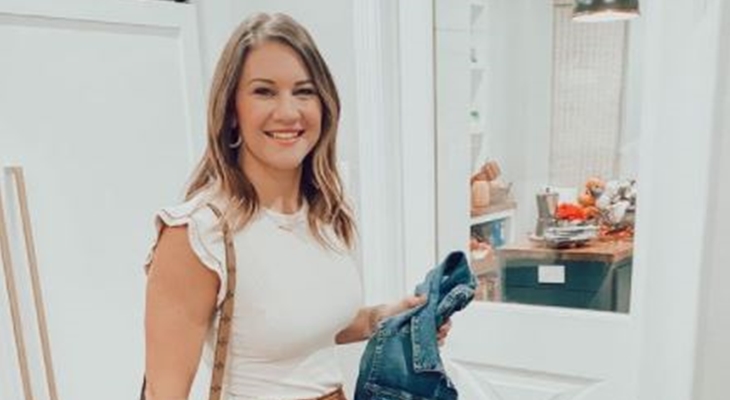 OutDaughtered fans eagerly await a new season of the TLC show. So, when Danielle Busby teased that the family has a secret, many fans guessed that was it. Her tantalizing teaser about a secret came via her Instagram Stories. Later, fans took to the comments of another post to guess what it might be.

When Danielle teased her secret this week, fans seemed frustrated as the clues were not all that clear. No, the quints didn’t rapture themselves and go to Heaven. At least not yet! And, it doesn’t seem to involve a trip to the beauty parlor which always gets the quints and Blayke excited. When Adam and Danielle talked about the secret, the quints suggested that it might be a trip to “Buckies.”

No matter how big the OutDaughtered quints look, they are still very much little girls. Danielle said that’s what they love the most – “going to Buckies.” She and Adam drove along in their bus and all the kids packed into the back. She said that they had a “big secret” that they kept for their fans “for a while now.”  Then, she said that they will reveal it “soon.” What could it be? Did Adam give it away on his Instagram?

OutDaughtered Mom Laughs At The Guesses Made By Fans

In the bus, Danielle asked Adam what he thought was the top guess about their secret. When she told him it was that she’s “pregnant” again, they both laughed. As she pointed out, it’s been nearly “two years” since she underwent her “hysterectomy.” So, it would, indeed, be a “miracle” if she expected another baby.

Later, OutDaughtered fans took to a post she shared which revealed Blayke jumping up very high. As the last photo in her Stories showed something about NASA, one guess was that the quints would “go to space.” Um, maybe that’s a bit of a stretch! Did Adam leak the big secret in his own post?

A New Season In The Works?

The Outdaughtered dad showed that Hazel featured in a “new Intro video.” He told fans, “Bunch of little producers in this house.” As there was also a mic in the photo, fans straight away deducted that they now film for a new season of the show. However, when fans pleaded for the date of the new show, Adam gave no reply.

Of course, it’s possible that Danielle talks about another kind of secret, entirely. But, for now, the hint from Adam is enough to get ardent fans jumping for joy.