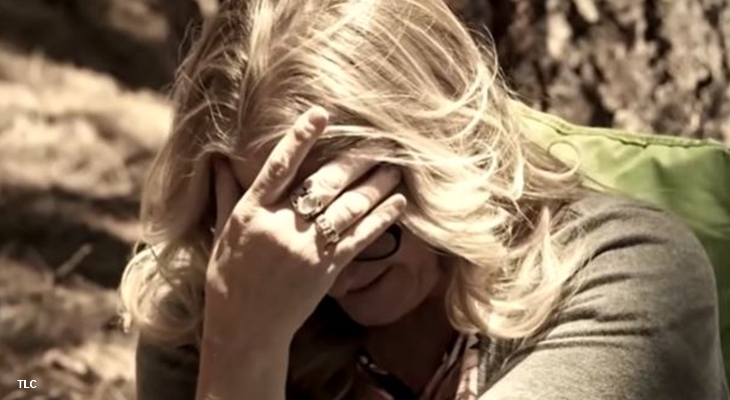 Sister Wives fans see in Season 16 that things fall apart between Christine Brown and Kody. The show on TLC actually airs retrospectively, so fans already know that she left Kody and Flagstaff and now lives in Utah. Still, it can’t have been easy for her, so perhaps that’s why she turns to comfort food at the moment

So far, the show revealed that Christine seems very unhappy with Flagstaff and the idea of living on the Coyote Pass property. Actually, she made a cutting remark about how Kody lives a perfect married life with Robyn, and she doesn’t want to see it right there from her own home. She told Kody that she wanted to move to Utah, and he didn’t seem to care very much. The only difference is that he wanted a wife in Utah. But, she kicked that idea out the door declared herself single, and moved.

Sister Wives star Christine Brown moved away from Flagstaff and now lives not far from her daughter, Aspyn Thompson in Salt Lake City. Additionally, she also sees quite a lot of her daughter Mykelti and her granddaughter, Avalon who live in Lehi, Utah. She seems a lot happier these days and fans cheer her show of independence.  But, sometimes she feels the need for some comfort food.

Christine Brown might get the nibbles, but at least she keeps it down to a healthy range of food. Taking to her Instagram, she shared what some folks thought looked like very unattractive food. In her caption, she said, “COMFORT FOOD! This hummus trio is my go-to for hard days. Sometimes it’s just necessary to get grounded with lovely food!” 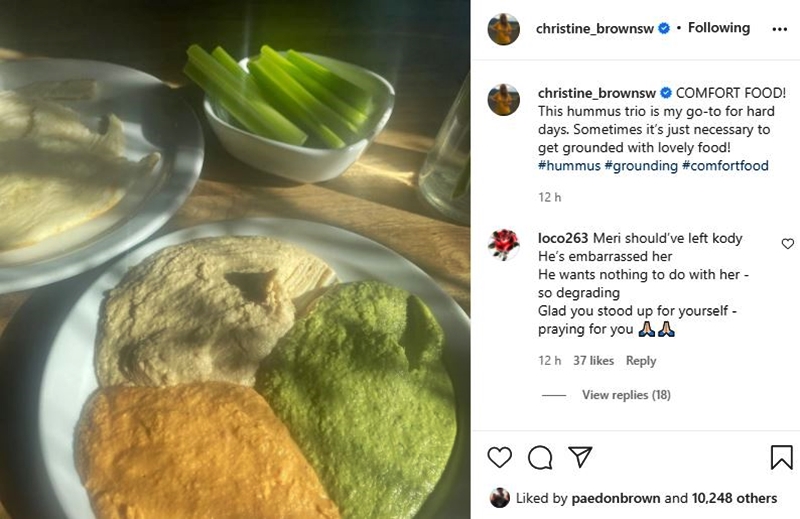 Sister Wives fans took to the comments and some of them really love hummus, asking for the recipe. Others tried to raise the subject of Meri, always a fruitless exercise with Kodyls ex-third wife. Meanwhile, others appreciated the tips on eating healthy comfort food. Then others expressed his much they loath hummus.

Here’s a small sample of what Sister Wives fans said to Christine Brown in the comments section:

Mine are peanut butter m&ms.. we are not the same 😢.

What flavors are they?? I love hummus!!

I need to learn how to do this and chose better comfort foods.

Homemade hummus is my favorite!! What flavors are the the green and red?