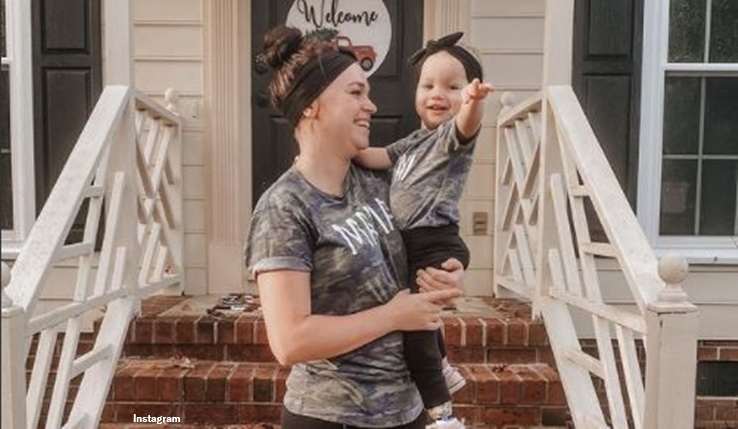 Sister Wives star Maddie Brown Brush is something of a relief for TLC fans. She never posts about drama and fighting, or anything contentious. Fans enjoy drama in the show, but they don’t always like it when it spills over onto social media. Well, Maddie recently expanded her family so, plenty of adorable photos come from her.

TLC fans saw that Axel turned four years old this year. Meanwhile, his cute little sister, Evie turned two. This year, fans also heard that Christine’s daughter, Ysabel moved in with them. So, that expanded the family in North Carolina. Already, photos emerge of Ysabel enjoying time with her half-sister’s kids. Christine told her fans that her daughter moved there to attend college. Fortunately, Maddie loves her sister and enjoys having her as a guest in their home.

Sister Wives star Maddie Brown Brush studies at home and it helps that the kids go off to Pre-K and a day class for littlies. Actually, fans seem very impressed that she studies, runs a home for her husband, and looks after her children so well. In fact, she became something of a parenting goal. Yet, she still finds time to post up charming photos and footage of the kids.  Luckily the two kids seem to get along with each other really well.

Sister Wives Star Expanded her Family After Buying A Home

Reality Teavee reported that Maddie Brown Brush and Caleb purchased a nice big home in North Carolina. An older house, Caleb needed to do some work on it. He worked on replacing tiles and improving the kitchen. Now, the family enjoys taking their meals there. Meanwhile, the old dining room became a playroom for the kids. Additionally, there’s room for Maddie to set up her study desk.

The Sister Wives family obtained two labrador pups recently. So, Maddie has come company while she works. Sometimes, little Evie joins her there after class. One photo revealed that she looked very cute wearing her eyeglasses. Meanwhile, the pups play constantly, until they get worn out. But, Maddie doesn’t seem to mind the company. Sounding happy that the pups expanded her family, she said, “we’ll keep them.”

Sister Wives star Maddie Brown Brush and Caleb made the right choice when they brought in the pups. Axel’s at the perfect age to enjoy some puppy playmates. When they first arrived, he tired them both out. It certainly sounds like Janelle Brown’s grandchildren grow up in a well-rounded and happy family