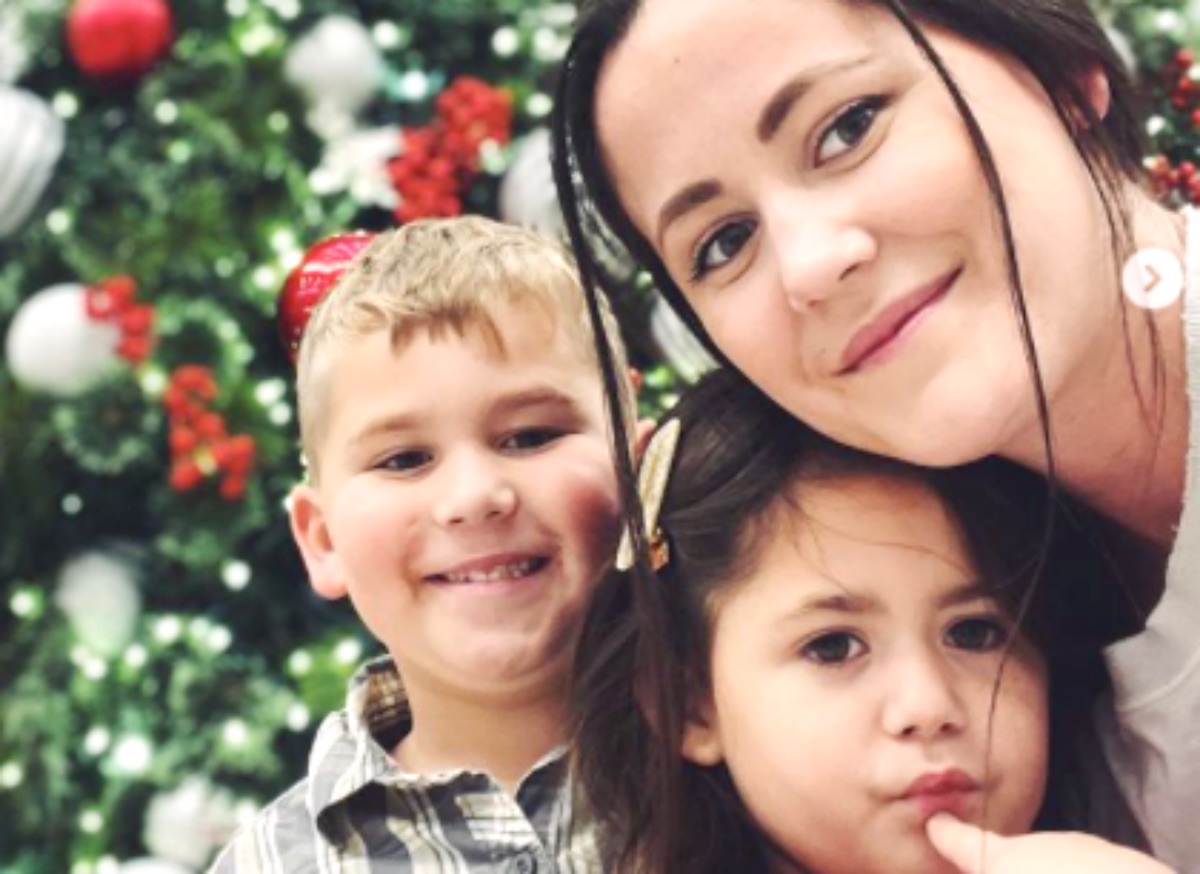 Teen Mom fans don’t all hate Jenelle Evans and these days she found many loyal fans who support her parenting efforts. She often posts up photos and video clips of herself with the kids. They mess about in boats and visit beaches or go fishing. This week, Kaiser and Ensley went off to visit Santa and now Kaiser became a believer.

MTV fans who hate Jenelle often predict bad things will befall the kids. In fact, her loyal fans sometimes wonder if they would love nothing more than the news that the children ended up hurt. However so far, nothing dire happened since CPS sent the kids home after David killed Nugget the dog. Actually, many fans feel that she raises the children in the best way. 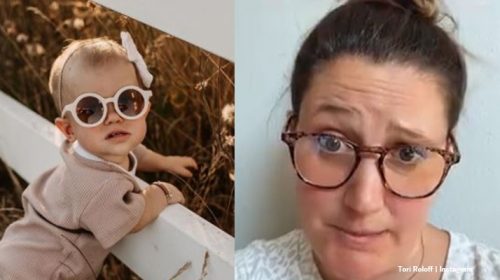 Teen Mom fans who live in the cities sometimes wish that like Jenelle, they could take their kids fishing. Or, they see them out and about playing on boats. For many people, that sort of thing really only comes on occasional vacations. Naturally, she still keeps many trolls as followers, but overall, the trolling seems a bit less savage than in the past. If nothing else, folks can admire her loyalty to David Eason.

When Jenelle posted about Santa on December 17, she didn’t show her oldest son Jace. However, it’s quite possible that he spends some time with his grandma, Barbara. She still has custody of Jenelle’s first-born son. Actually, Heavy.com reported about a month ago, that things seem a bit strained between Jenelle and her mom about custody right now. Anyway, at 12, he probably outgrew the desire to meet with Santa. 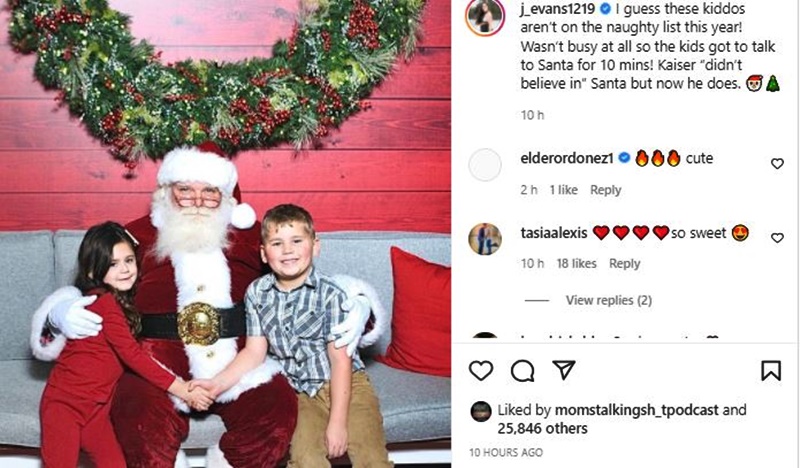 The Teen Mom star had a bit of time on her hands, so the kids, Ensley and Kaiser spent about “10 minutes” with Santa. She said in her caption, “Kaiser “didn’t believe in” Santa but now he does. 🎅🏼🎄.” Plus, she told her fan that the two kids are “not on the naughty list this year.” Taking the kids to see Santa is something millions of parents do every year. So, it seems that the MTV star isn’t the monster that a lot of trolls make out.

Teen Mom fans took to the comments section of the post and talked about Kaiser and Ensley. A lot of them agree that Ensley really is her mom’s “mini-me.” One fan wrote, “Ensley is really a mini you 😍.” Meanwhile, others agree that Kaiser looks exactly like his dad, Nathan. Other people love that the two kids look so “cute” and happy.

Does My Big Fat Fabulous Life Star Whitney Have The Most Unusual Cats Ever?