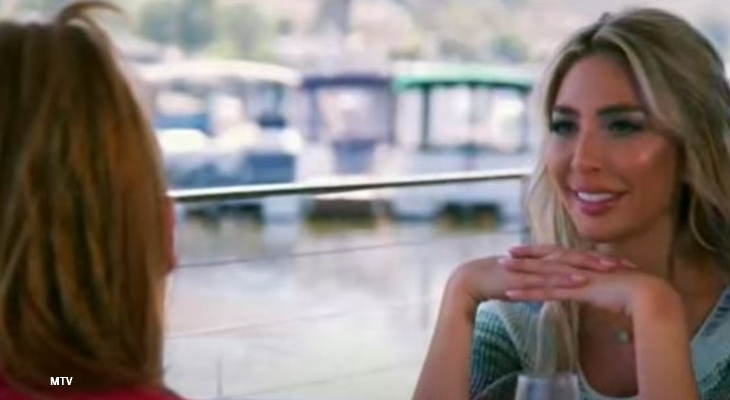 Teen Mom: Family Reunion brings the likes of Farrah Abraham, Amber Portwood, Maci Bookout, Leah Messer, Briana DeJesus, and Jade Cline. As MTV selected Farrah as a special guest for the show, one might wonder why they didn’t just go the whole hog and also bring in Jenelle Evans. The show sounds full of drama and even violence, so probably, fans will tune in eagerly.

It really shouldn’t matter who hosted the show. If the women all got together in one space, then fights were bound to erupt. Actually, Farrah seems like a very controversial person, so even Dr. Drew apparently failed to keep things peaceful between the women. Farrah seems hated because fans don’t like the way she raises her child. Additionally, fans seem very disapproving of her career in the sex industry. Actually, every single thing that she does draws fire on social media.

A sneak peek for Teen Mom: Family Reunion revealed that the spirit of the show seemed to be a celebration. The women all looked set for a party. Well, when Farrah came, the women felt that they would all just “get to know her.” So, it looks like they tried to not allow preconceived ideas to get in the way. According to TMZ though, it all went wrong. They spoke with Farrah about it

When TMZ caught up with Farrah, they reported, “Doesn’t sound like that push to embrace growing pains was met with open arms because she tells us things actually got physical at one point … with multiple ladies..” Well, fans might think that Farrah should have anticipated that. After all, she and Jenelle carry the crown for drama on the franchise. 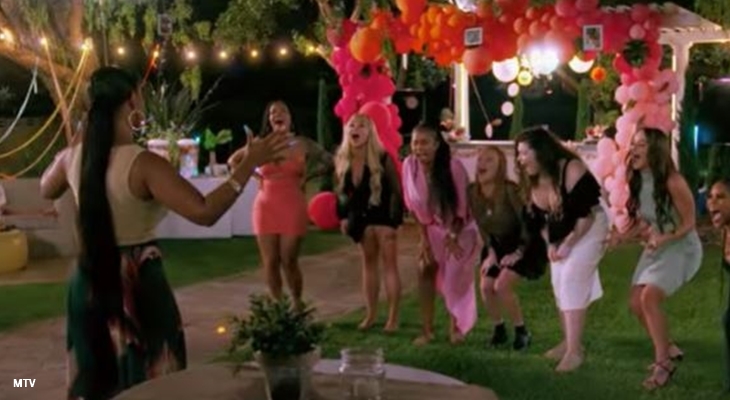 Teen Mom: Family Reunion drama was bound to happen agrees Farrah. The controversial mom told TMZ, “I think I could walk to the door and drama’s going to happen, sadly.” While it mght be ratings for it probably made things really hard for the cast. She elaborated how it allegedly went down: “I just warn others to keep their hands to themselves, do not sneak attack a woman, and do not gang up on the woman because I don’t handle that too well.”

Nothing About Violence In The Sneak Peek

The Teen Mom: Family Reunion sneak peek revealed nothing untoward. So, for now, fans can only go on Farrah’s word that things got ugly. Dr. Drew mentioned some drama came along. But, isn’t that the whole point of these reunions? To find out what exactly happened, tune in on January 11 on MTV.

Be sure to catch up on everything happening with MTV right now. Come back here often for more Teen Mom: Family Reunion spoilers, news, and updates.