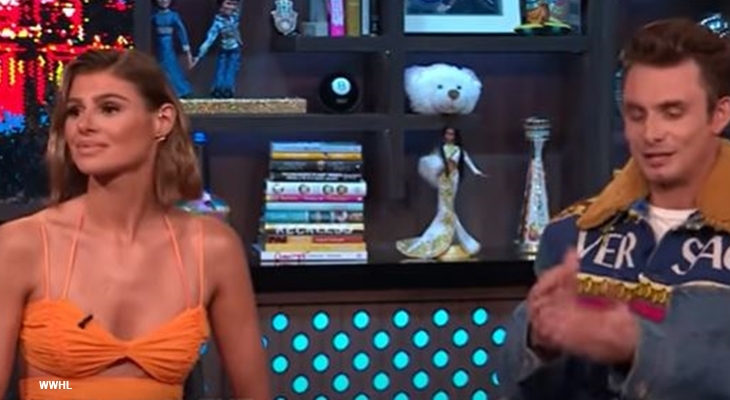 Vanderpump Rules stars James Kenney and Raquel Leviss announced their engagement in May this year. Actually, in Season 9, fans saw it play out in October. Well, it didn’t last very long, and already, they went their separate ways. In fact, after they made the split official, Raquel lost no time in packing up and getting out.

Raquel and James splitting this season is not the only bad news. Lala Kent also broke up with Randall Emmett. That came after allegations that he cheated on her in Nashville. In fact, she spent a quiet Thanksgiving at home with only little Ocean by her side. Actually, she sounded very mature and way less of the old Lala came when she talked about it. Well, in the case of James and Raquel splitting, at least there were no kids involved.

Vanderpump Rules stars James Kenney and Raquel Leviss both made the announcement about their separation on Instagram. On December 6, neither of them explained why they ended it. However, fans know that James can test the patience of almost anyone with his sometimes cocky attitude.

James Kenney and Raquel Leviss split during the “taping of the season 9 reunion on Friday,” People Magazine reported. That information came from an insider source. Meanwhile, Yahoo reported that Raquel shared some clips on her Instagram Stories. Apparently, a U-Haul already took her stuff away. Additionally, she was seen at a storage unit. For now, nothing else emerges.

Vanderpump Rules fans couldn’t post in the comments section of Raquel’s Instagram.  However, fans did comment on Twitter when various outlets reported the split. On a post by TMZ, one follower wrote, “Good. Raquel is way too good of a woman for the ticking time bomb that is James Kennedy.” Then another fan noted, “Concerned about how happy I am for Raquel that she’s not going to have children with DJ James Kennedy.”

Vanderpump Rules fans know that in the past, James Kenney tended to be obnoxious, especially when he drank too much. Hopefully, he didn’t suffer a relapse. Actually, he has a lot of fans who follow him on Instagram. Recent comments on non-Raquel-related posts suggest that he grew up a lot since fans first saw him on the Bravo show. One fan wrote, “Watching back to old VPR episodes, man you’ve grown so much!!! Good for you for coming into your own!! 👏.”

Then another fan commented, “Well done James! I’ve been following you on Vanderpump Rules for years now and it’s so wonderful to see you kicking goals in life! Go you 👏.”

Be sure to catch up on everything happening with THE Bravo cast right now. Come back here often for more Vanderpump Rules spoilers, news, and updates.