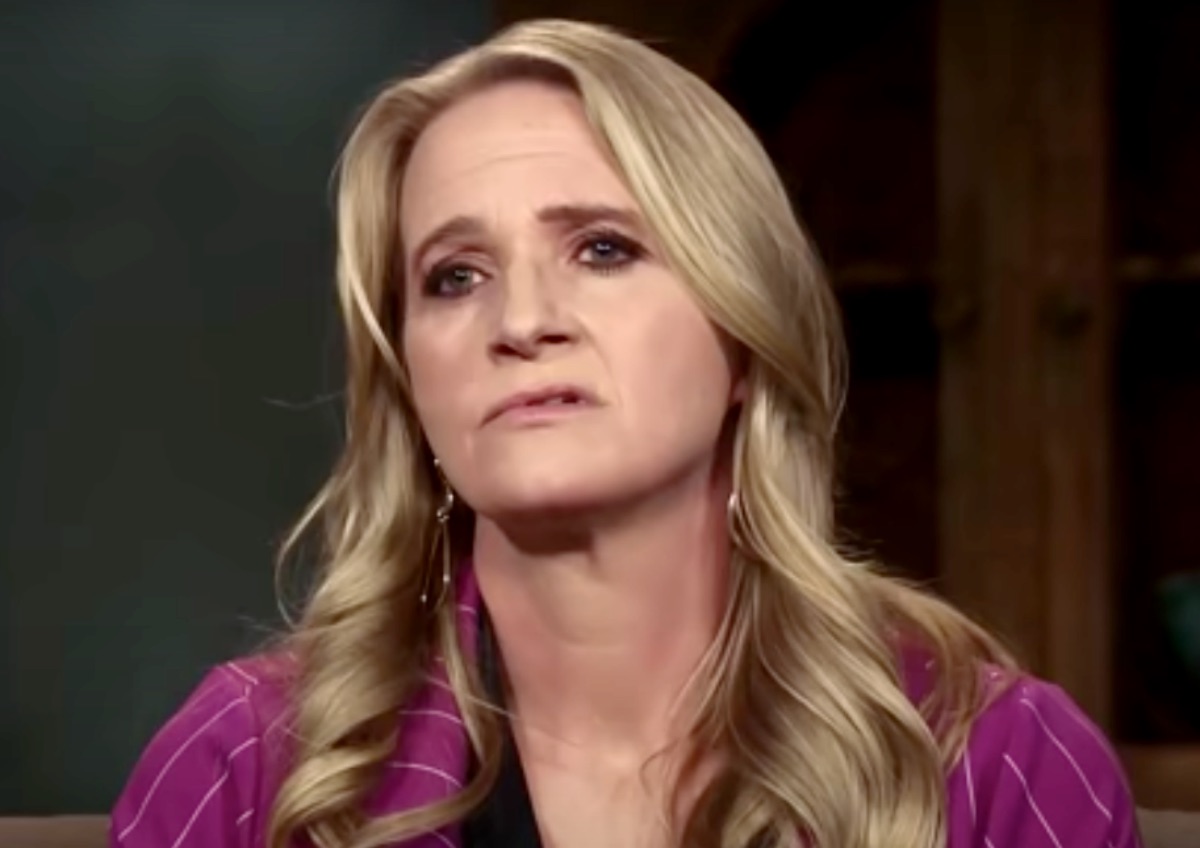 Sister Wives fans saw that last season, the wives, including reclusive Robyn, and Kody all went live during the episodes of the TLC show. However, not a word comes from them right now. Why is that? Kody’s profile on Twitter describes him as “The guy with the big boy panties.” Did his panties shrink? Does he fear backlash from angry fans?

Kody always claims that he’s the boss and no wife shall take command of his life. In fact, he always claims that he’s the big decision-maker. TLC fans saw him snap at Robyn once about it, but he never pursued it. Meanwhile, it becomes very clear to fans that she rules the roost. So, perhaps she hates the idea of tweeting live. After all, she picks up the most backlash from infuriated fans. 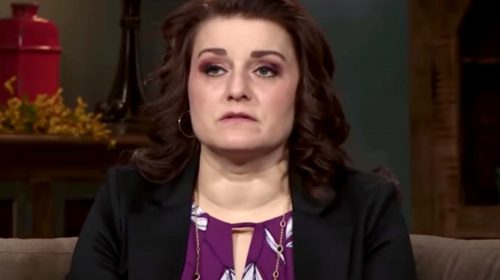 Apart from the fact that Sister Wives fans think Robyn manipulates Kody into only staying with her, fans grow angry about Ysabel. This year, spoilers revealed that Ysabel moved to North Carolina. There she stays with her half-sister, Maddie Brown Brush. Perhaps it’s because she lives closer to her mom in Utah. But, many folks suspect she never forgave Kody for suggesting she goes for back surgery by herself. So, Kody takes a lot of heat for that. Is he growing a yellow stripe against criticism?

The Sisterwife’s Closet account last posted on Twitter back in March 2019. Meanwhile, Kody last posted anything there on November 2. Actually, that brought the news that Christine split. 904 people commented, and none of them were sympathetic. One critic wrote, “If you were trying to promote polygamy with this show as loving and normal you have all failed miserably. The show started off interesting and seemed functional but as the seasons pass it’s just one big trainwreck. It’s obvious your lifestyle does not work.” 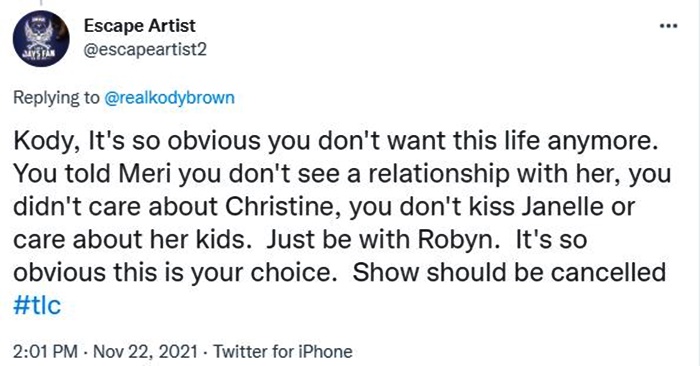 Sister Wives fans also noticed that the last time that Meri mentioned the show on Twitter came in April this year. Meanwhile, Janelle posted there on the same date. Christine Brown shared a comment there back in 2020. And, finally, Robyn last posted on Twitter in 2019, as well.

Is It The End Of The Road For The Show?

With Christine gone, many Sister Wives fans wonder if Season 16 might be the last. Even on their Instagram accounts, none of the wives talk about the show. Even though the occasional comment arrives on Facebook, the family keeps rather quiet. Kody seldom says much at all, and usually mentions things about his life in his cameos. Perhaps, the trolling from fans just isn’t worth their while to do Twitter live.