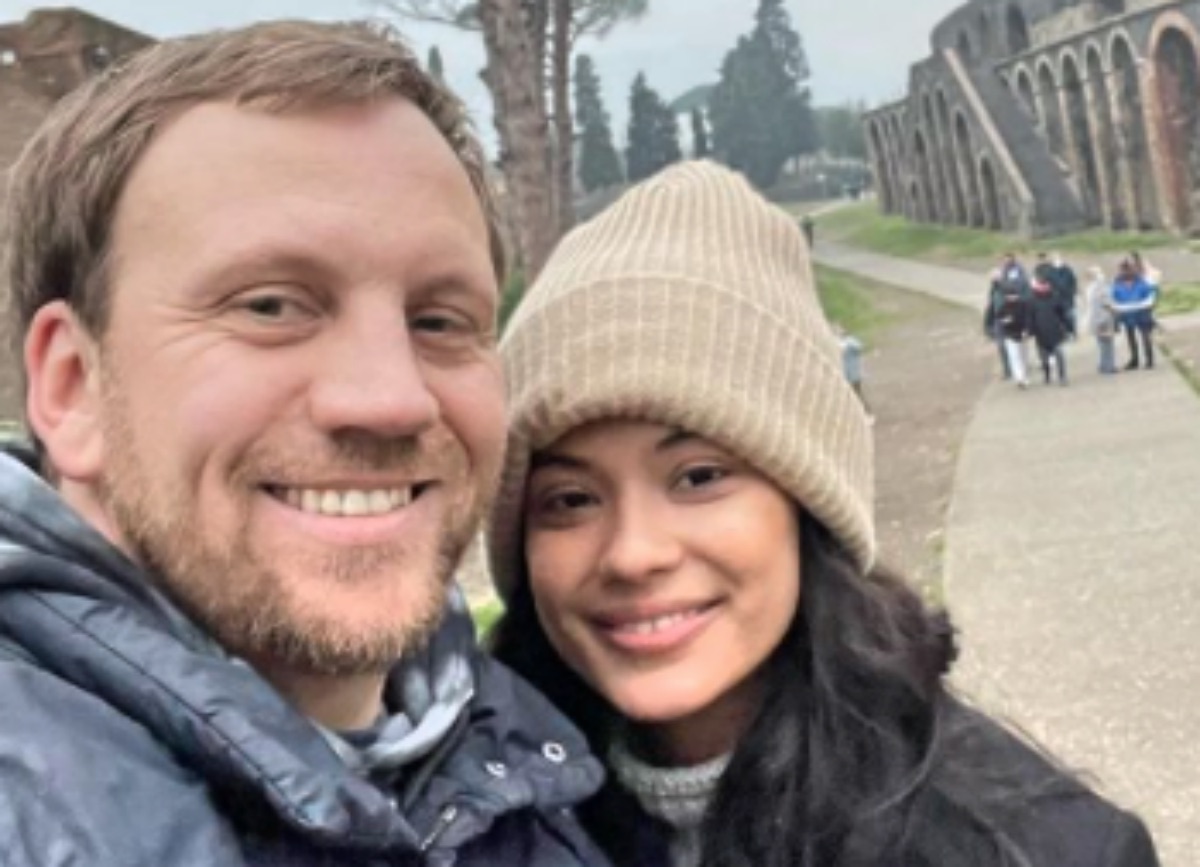 90 Day Fiance stars Michael Jessen and Juliana Custodio appeared in Season 7 of the TLC show. She was in her early 20 and he was in his 40s, but it worked out and the family embraced her. When they split last year, fans thought it was all a bit off. Well, now she’s pregnant and rumors emerge that she cheated on Michael. It sounds messy as her new boyfriend, Ben Obscura might not be the baby daddy.

News that the couple split arrived via Michael on Instagram. He apparently lost his business during the coronavirus pandemic. Recall, he was into importing and exporting wine. During the quarantine, he and Juliana, the kids, Max and Cece, and his ex-wife with her new husband all lived together.

90 Day Fiance star Juliana claimed that she supported everyone financially. Additionally, she cooked and cleaned for everyone. Apparently, that lifestyle didn’t appeal to the model, so she ended it and went back to her career. A month after the split news arrived, she was dating a new guy, Ben Obscura and she announced her pregnancy. But, Ben might not have fathered her child.

According to sources that spoke with InTouch Weekly, the split did involve cheating. However, it reportedly happened inside the home where everyone lived together. Actually, if the rumors are true, then it must be very sad for CeCe and Max, Michael’s kids who really liked Juliana. Allegedly, she cheated with Sarah’s new husband, Sean Naso.

Most 90 Day Fiance fans recall that Sarah, Michale Jessen’s ex, got along very well with Juliana. In fact, she helped Juliana choose her wedding dress. When they heard that Sara and Sean lived with Michael and Juliana, folks anticipated some problems, but not an affair between Sara’s guy and Michael’s girl.

The outlet said in their article about the 90 Day Fiance couple, that they had multiple people talk to them about what happened. One unnamed person “spotted Juliana, 25, allegedly “making out” with Sean, 39, “in the kitchen” of the home.” Allegedly, “Sarah questioned the paternity of Juliana’s baby.”

Another source close to the situation claimed that “Sarah “thought the baby belonged to Sean” because of their alleged affair.

According to the outlet, Juliana denied the rumor and claimed that she can prove the paternity of her child. Uh Oh! Perhaps they could all end up alongside Paul Staehle and Karine on The Maury Show.

What are your thoughts about these rumors? Sound off in the comments below.